The Economic Empowerment programme is a response to the global need for at least 600 million jobs by 2030 and its goal is to secure entrepreneurial opportunities and sustainable employment for women, men and youth, in order to reduce their economic vulnerability. It builds on components from NCA’s former Livelihood and Trade programme, but given the extensive changes made to the programme in the transition between the two strategic periods, the Economic Empowerment programme should be considered as a new global programme for NCA. For example, whilst the Livelihood and Trade programme focused on vocational training, subsistence farming, establishing micro businesses and saving and loan groups, the new programme supports value chain development within agriculture; entrepreneurship and scaling up businesses; market access; vocational education with focus on employability; and sustainable employment. Although NCA continues to partner with civil society organisations in the programme, including faith actors, the shift described requires exploration of new partnerships with the private sector and with organisations and consultancies with specific technical knowledge and skills. 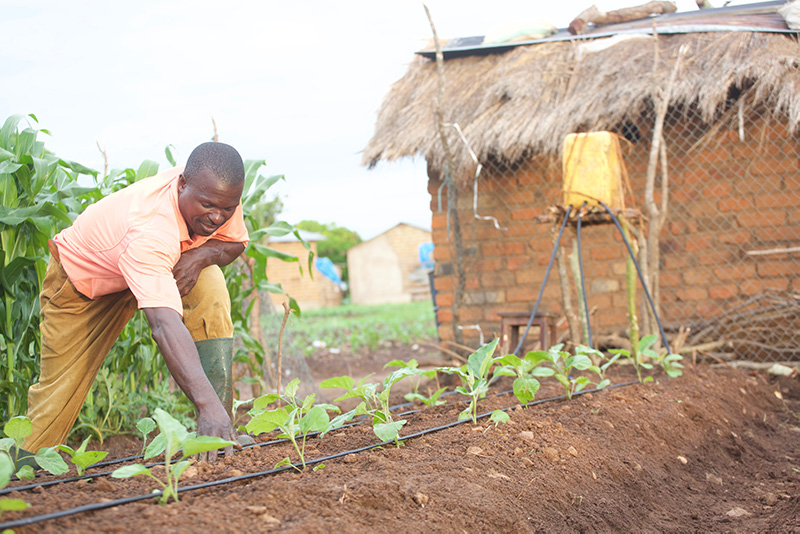 In Tanzania, smallholders have realised tremendous improvements in their income as a result a concept developed by NCA called “Micro Investing.” For vegetable production for example, profits have been in the range of three times their investment four times a year.

What if smallholders, representing 7 out 10 of the world’s poor, could permanently escape poverty in less than a year? Smallholders supply 70% of overall food production, and yet many smallholders still suffer from food insecurity and malnutrition. The demand for food in Sub Sahara Africa is expected to triple before 2050. Micro Investing is emerging as one of the most attractive approaches NCA and national partners19 have tested in the programme period, as it is relevant to a large portion of the population in the poorest countries, is market-based and allows NCA to take a limited and catalytic role, leads to rural economic development and new opportunities for women and youth and incorporates climate smart agriculture.

Through the introduction of drip irrigation and industrial plant nutrition, and by switching to crops that give continuous supply with limited processing and logistics, rights holders are able to increase their income while using significantly less land and water. The practice is environmentally sustainable and climate smart. The programme is called ‘‘Micro Investing’’ as it is based on savings to support self-sustainable growth from the start. No hand-outs or soft credit is offered. Rights holders are approached as customers and self-select into the programme.

In Tanzania, Micro Investing has created avenues for self-employment and contributed to equitable distribution of incomes and reduction of poverty in line with national poverty indicators for 11,600 smallholders in the programme so far. Micro Investing has proven to help poor smallholders lift themselves of poverty more effectively than, for example, through micro-finance. The affordable investment of around USD 10 has enabled the most vulnerable households to increase their income. An example of a top performer is Lightness Mushi from Kilimanjaro. In April 2018 she borrowed money from her saving and loan group to invest in two vegetable kits. She reinvested some of the profits and doubled her capacity three times. Less than a year later she had 18 vegetable beds that generate enough income to send her children to boarding school, install electricity and build a cow shed. Her weekly profit is USD 105 from the vegetable garden after having paid seeds, fertiliser, pesticide and water bills. This is USD 15 a day, well above the poverty threshold of USD 1.90 per day.

NGO exit is an important element of the concept, and the aim is to help start something that the market and stakeholders will adopt and take over. In 2019, NCA and partners are planning to exit some districts participating in the projects and an exit and sustainability plan has been drafted. In the future an exit plan should be planned from the onset, and relevant market players engaged from the start.