Fled for their lives

Larisa, Aleksei and their daughter Kristina (15) had to flee their hometown Kharkiv due to the heaving bombing. They are now at the refugee center in Berehove, close to the border with Hungary, which is runned by NCA and our local partner. 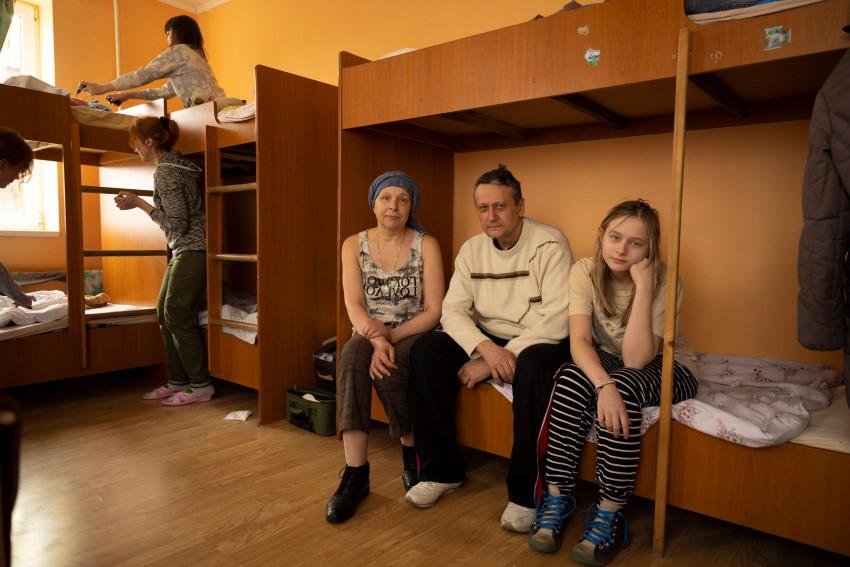 We are continuing to respond and provide assistance to the men, women and children that have fled the war in Ukraine.

The latest OCHA report (April 26) says that 7,7 mill people are internally displaced, 5,3 mill have crossed international borders and15,7 mill people is in need in Ukraine. More than 50% are households with children, 57% include the elderly and 30% people with chronic diseases.  The largest needs are cash, financial support, food, transport, shelter and hygiene items, medicines and health services.

NCA is implementing a response in Romania and Ukraine through HEKS (Swiss Church Aid). In Romania, we will provide support to reception centres (accommodation, meals, etc.) In Ukraine, we will work with multipurpose cash assistance, hygiene kits and providing water to a hospital in Chernivitsi.

In the coming period we will be providing training for social workers at the centres in psychosocial support and counter-trafficking. We have also transferred additional funds to the ACT appeal for 1 mill NOK to HIA and 2 mill NOK to LWF. Total of 11 mill NOK have been pledged to the appeal (from NCA).  In addition, we are exploring potential collaboration with DCA for a joint programme in Ukraine.

Larisa, Aleksei and their daughter Kristina (15) sat terrified in the basement while their house and neighborhood were bombed to pieces.

The small family is from Kharkiv in northeastern Ukraine. Not long ago, they lived their ordinary lives in the country's second largest city, known as the industrial and cultural center. While Larisa and Aleksei took care of their jobs, Kristina was with friends and the cat Bella after school. 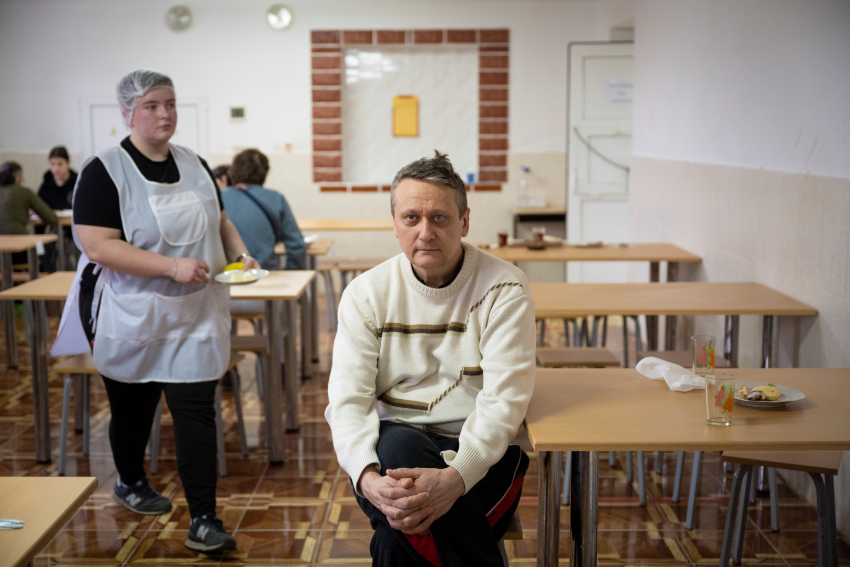 Then came the bombs. Kharkiv has had to endure some of the worst attacks on the civilian population in the ongoing war. After four days in the basement, they felt they had no choice; they had to flee, they had to try to get to safety.

"We lived a completely normal and good life. And now we are sitting here as refugees", says Aleksei and looks over at his daughter.

He speaks in a low voice and his gaze is empty, just 24 hours after they arrived at the refugee reception center in the town of Berehove, right on the border with Hungary. The reception is run by NCA together with our local partner.

"Everyone wants out of Kharkiv. It's a living nightmare there. There were so many people at the train station and on the train, but we managed to get along. And now we are sitting here, as refugees in our own country. We cannot believe that this is happening. It just hurts so terribly", he says. 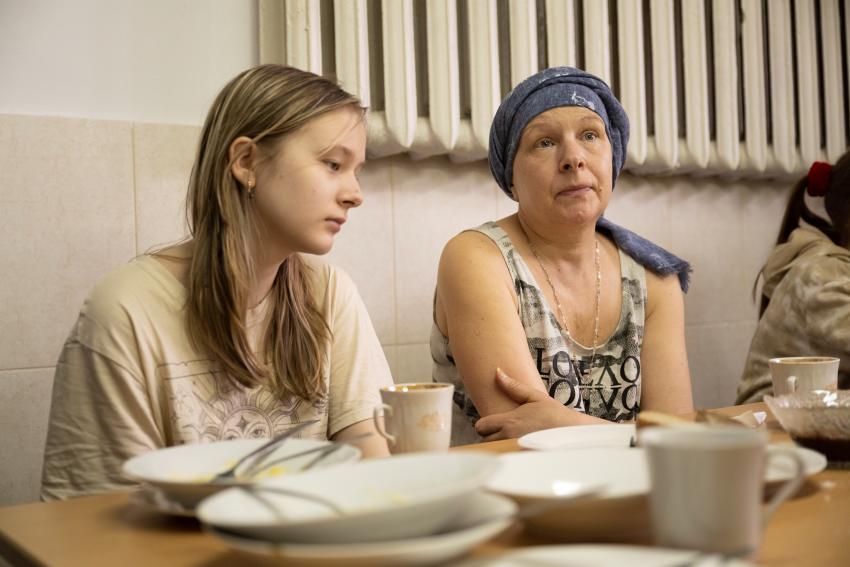 Together with fifty other families, they receive three warm beds, three meals a day and care at the refugee reception center.

"Although it is unreal that we suddenly have to ask for help from others to cope, we are enormously grateful that we can be here and for the help that we receive. We receive good care, and everyone who works here treats us as if we are their own family. They are so enormously kind and good to us", says Aleksei.

Hoping for cancer treatment in Hungary

Larisa has cancer and received treatment at the hospital in her hometown. However, this was bombed at the very beginning of the Russian attack on the country. Now the family hopes that they will get across the border safely into Hungary, and that she can continue the treatment there.

"We do not really know where we end up, or what we are going to do. We just want there to be peace so we can go back to our city - to our lives".