42 percent of Haiti's population is at risk of starvation, according to the UN. At the same time, the violent riots and the political chaos in the country is increasing. 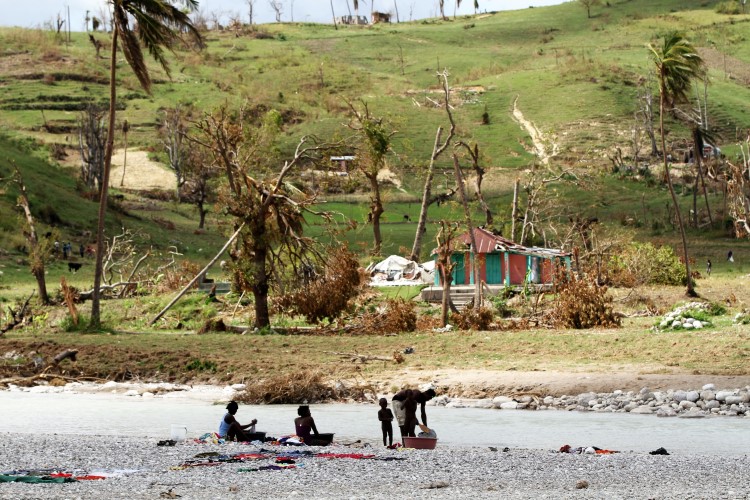 4 million will be at risk of starvation

Last week, NCA's Haiti office had to close due to violent unrest in the wake of the chaotic political situation in the country. Parts of the opposition claim that the term for President Jovenel Moïse expired on February 7, and now demand that he resign immediately.

A Supreme Court judge in Haiti has appeared on television and said that Moïse is now the country's legal president. President Moïse says he has stopped an attempted coup.​

"We are concerned that President Moïse is now ruling by decrees, and that he is moving in an authoritarian direction to retain power. We fear it will make the situation even worse for a civilian population that has already suffered for a long time", says Johan Hindahl, senior adviser and Haiti expert in NCA.

A UN report shows that 42% of the population in Haiti is at risk of starvation. Inflation levels are rising, and food prices have risen sharply over the past year. This means that around 4 million people will need aid to survive. According to the UN, this situation will only worsen towards the summer.

Should the opposition take power in the country, there is little reason to believe that the situation for the civilian population will improve.

"Haiti is the poorest country in the western hemisphere, and is now affected by severe food shortages, covid-19, extensive violence by armed gangs and political instability. The government seems to be unable to meet the basic needs of the population", says Hindahl.​

Parts of the capital Port-au-Prince are controlled by armed gangs. They are behind several kidnappings in recent months, including kidnappings of children.

A country in crisis

More than half of Haiti's population lives below the poverty line. Since 2017, they have experienced disruption due to protests against corruption, lack of public services and rising cost of living.

Due to Haiti's location, the country is vulnerable to climate change and has a high risk of natural disasters. Droughts and severe hurricanes are becoming more common and have a negative impact on food security. In 2016, Hurricane Matthew killed hundreds of people and destroyed parts of southern Haiti.

​NCA started humanitarian and development programs in Haiti in 1987. Our work in Haiti focuses on two topics: water, sanitation and hygiene; and climate-smart economic empowerment.