​Fikru Alemu, a resident of Arsi Negele, Ethiopia is a 35-year-old father of three. He is among the 20 members of a plastic and paper waste collection association called "Faayan Faya" (1) established in 2021 through NCA Ethiopia and its local partner Tamira Social Development Organization. 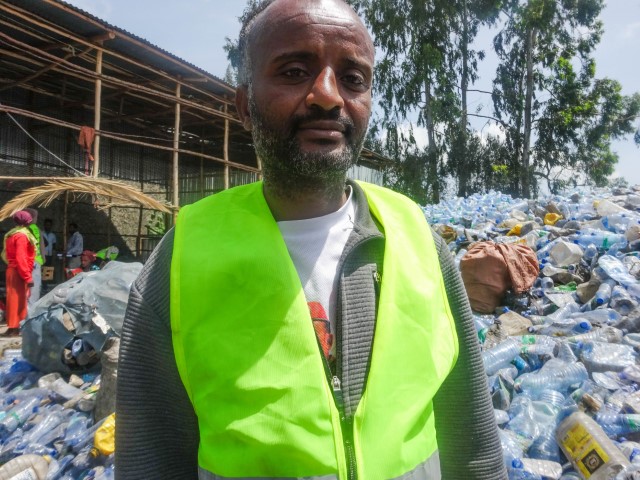 In Ethiopia, NCA has established a plastic and paper waste collection association, which benefits both peoples livelihood and the environment in the community.

Fikru Alemu, a resident of Arsi Negele, Ethiopia is a 35-year-old father of three. He is among the 20 members of a plastic and paper waste collection association called "Faayan Faya" (1) established in 2021 through NCA Ethiopia and its local partner Tamira Social Development Organization.

Before the association was formally established, Fikru says he received a five-day training.

"The training has increased our respect for the job itself. It has raised our consciousness on how we can transform discarded plastic waste into money and other recycled resources.", says Fikru.

Once the association was formally established, it was granted a 300sq meter land as a working space through coordination with the local Government. Additionally, the assocations received required tools such as a Tuk Tuks to transport the collection and personal protective equipment.

Before the training, Fikru says he did not see much benefit from discarded plastic bottles. "If I knew this a while ago, I could have earned a good amount of income by now.", he notes.

A shift in awareness

For Fikru and his colleagues, collecting plastic waste has not been without its challenges. He says that when they started the work, they faced a lot of criticism from the community and opposition from their families as the job meant scourging through trash. For many, it seemed like it was a mediocre job.

Through time, however, Fikru recognizes a change in perspective. He says that he and his peers are gradually showing people in the community that collecting PET can be significantly beneficial to their livelihoods and the environment. "This area was highly polluted with plastic waste until recent years. Now, the community members themselves are collecting and selling it to us."

NCA Ethiopia and its partner TSD have also given this issue consideration. Together with the association members, and using every opportunity, information campaigns are being conducted with key messages on the importance of reducing, reusing, and recycling, by displaying public place banners, stickers, and through mobile megaphone announcements. 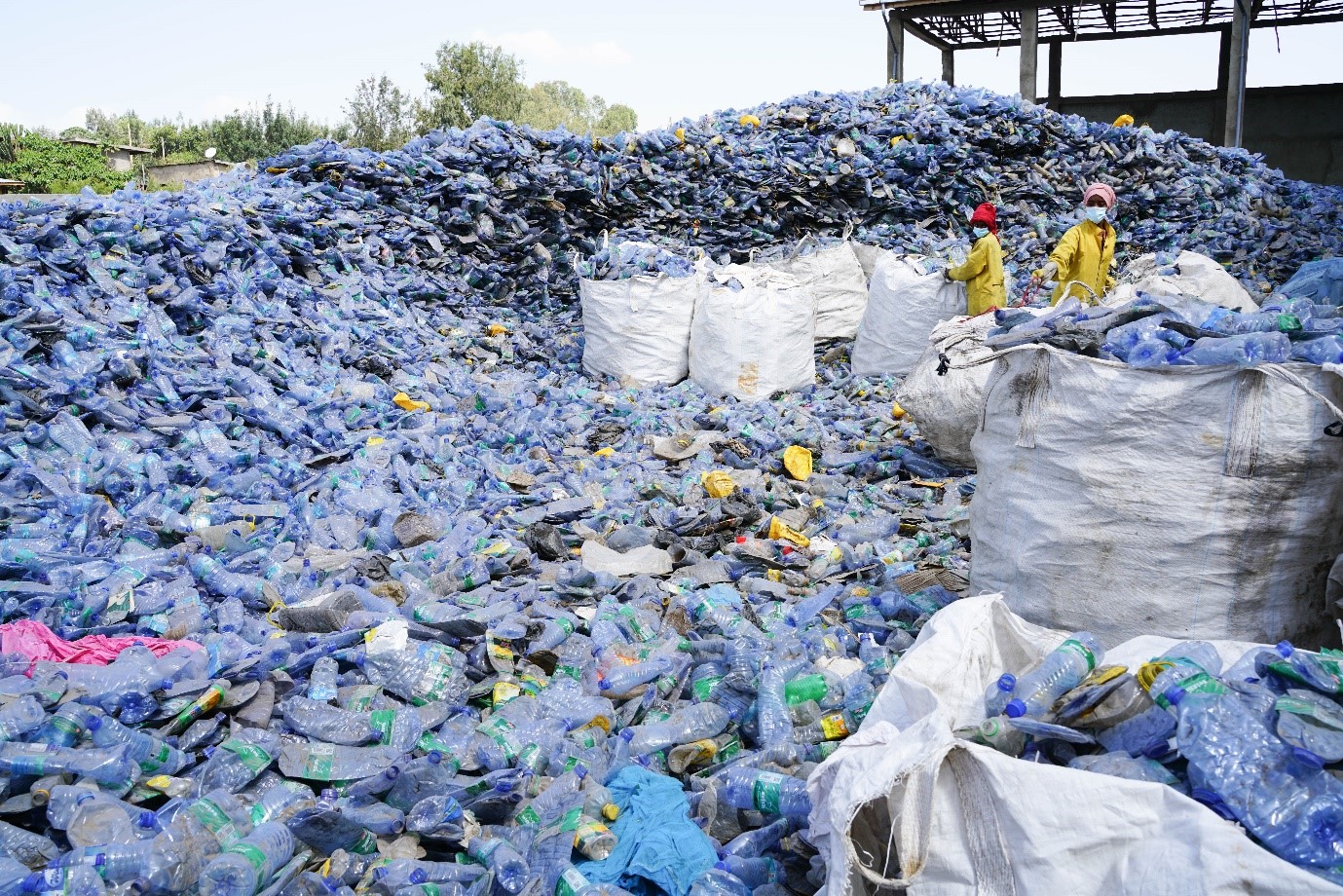 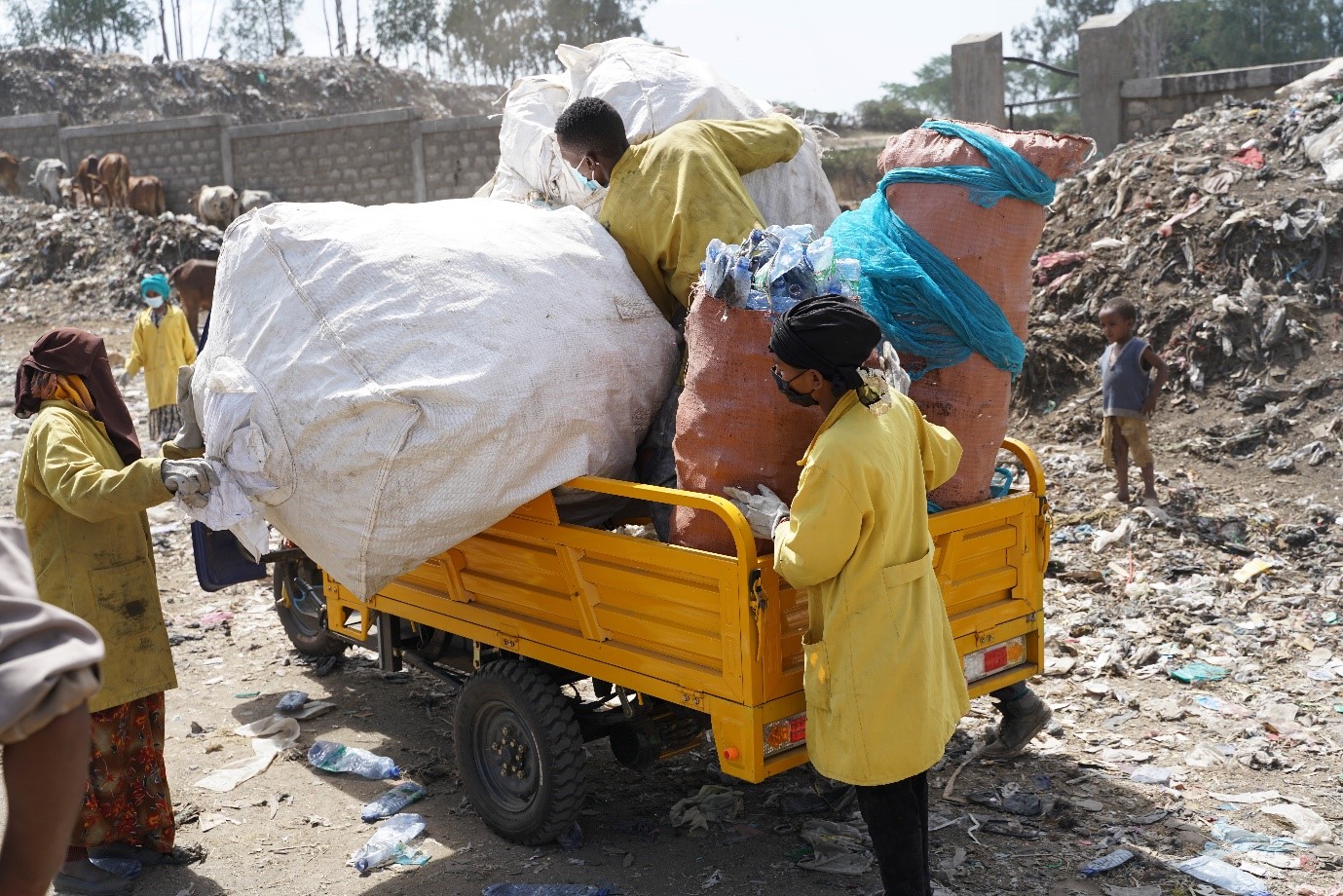 A job to go to

Fikru recalls how he struggled to make ends meet for his family before joining the collection association. "I relied on any daily labor work I could find. As you know that kind of livelihood is not reliable and barely sustains you. Most days, I had to wait for work."

Now, Fikru collects 30-50 kilograms of plastic bottles, helping him earn up to ETB 2,000 in two weeks, improving his income.

"Before I started this job, managing my family's needs was a big challenge by itself," he says. In addition to helping his family, Fikru is now saving money and investing in additional income resources such as livestock. It does not end there. For him, the job also has had positive emotional implications. "The mental satisfaction I get from knowing that I have a job to go to every day is an encouragement."

Fikru seems resolute in changing his life. "I plan to work even harder and improve my life. I know that I will be able to own property very soon.", he stresses with full confidence.   This vision also extends to the association as they plan to scale up their capacity by saving up enough money to purchase trucks.

Between 2021-2022, small and medium enterprise members including that of Faayan Faya collection association in Hawasa and Arsi Negele towns, have collected 33,518 kgs of PET and 11,996 kgs of paper through formal and informal groups.

In the local language, Oromiffa, Faayan Faya a common local expression translates as "Health is beauty".