Former State Secretary in the Norwegian Ministry of Foreign Affairs, Aksel Jakobsen (47) has been appointed as the new Head of Communications and Politics Department at Norwegian Church Aid. 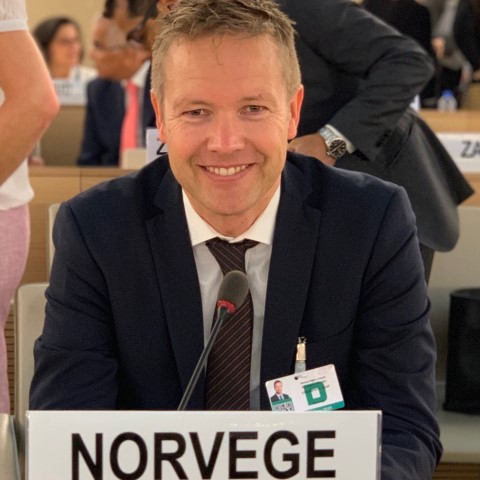 In addition to his background from the Ministry of Foreign Affairs, Jakobsen has broad development policy experience from the Vaccine Alliance Gavi and from his work as a Special Advisor to the Christian Democratic Party (KrF) Parliamentary Group with responsibility for the Foreign Affairs Committee's subject areas.

Prior to these assignments, Jakobsen has worked for several years at the intersection between communication and politics as an Advisor in the Government apparatus, as well as in the Parliament, and has extensive experience working with the press and speech writing. Aksel is qualified lawyer who studied at the University of Tromsø.

Jakobsen will take up his new position on March 1st next year. He succeeds Lisa Sivertsen who has become a Department Director at Norad.