21 Norwegian religious leaders have signed the petition “Not in our name”, which speaks against all forms of gender based violence: 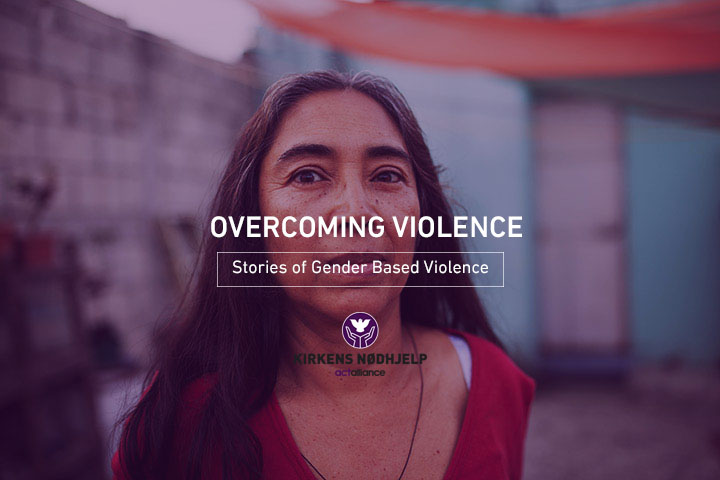 We do not wish to see our religions being misused for the purpose of oppressing people because of gender. As religious leaders, we will fight for the fundamental right of human beings to a life without violence.

2015 is a year for important choices. State leaders will gather in UN to make decisions that will add guidance for which issues we will see as the priorities of the world community in the years ahead. They have to agree on new Sustainable Development Goals that will replace the UN Millennium Development Goals that are to be terminated in 2015. These new goals will define which issues we will see as the important ones the next fifteen years. The choices we make in 2015 are a test for who we are, and for what we wish for the generations to come.

It is about individuals

The ambition of the new goals is global sustainable development. However, sustainable development will not take place without a basic respect for people’s dignity and their right to flourish and participate in society as complete human beings. Development is, among other things, about securing the right to live without fear and violence, stigmatizing and discrimination. This is not the situation of today. According to UN every third woman is victim of violence and sexual harassment because they are women. Men are also victims of gender-based violence, including sexual harassment, and the “dark figures” are probably rather huge. This type of violence is an obstacle for development, prosperity and poverty relief, not just for those who are victimized, but for the society as a whole. In UN’s Millennium Development Goals gender based violence was not mentioned. This was a sin of omission.

We are all created in the image of God. Every single person has an inviolable dignity. UN’s Declaration of Human Rights is a way of expressing this in practice. It is a violation of the Creation and of the dignity of man when people all over the world are subjected to violence caused by who they are and how they live. It is therefore unacceptable to us when religion is used to justify oppression of human beings. This is also the case when people are oppressed because of their sex, or because of others considering them not to fit into narrow categories of gender norms. When discriminating and limiting gender roles are justified by religious injunctions and religious founded traditions, we have to react. Confronted with this challenge we have been too passive for too long. We now refuse to watch our religions being misused to deprive people their right to live a free life without fear of violence.

Religion as a positive force for change

When religious rhetoric and religious based norms are used to justify violence, we must protest and speak up: Not in our name. Destructive use of religious rhetoric is based on lack of knowledge, stereotypes and uneven power balance between men and women. We are all created with equal value, and the inviolability of human dignity is the foundation of our lives. We will not be passive bystanders when our religions are taken hostage by people who want to misuse them to oppress other people and secure their own power. Used that way religion may limit advances meant to counteract abuse and exploitation, and that is to us a tragedy.

Not least because we also see how religion can be a positive force for change. We have seen it when Muslim leaders in Pakistan take a stand against forced marriages. We have seen it when church leaders in Ethiopia argue against genital mutilation. We want to use this positive power embedded in our religions and in our faith to say: Gender based violence shall not happen in the name of our religions. Together we will fight for people’s right to a life free of violence and oppression.