The road from Glasgow

An important milestone has been reached, but what happens on the way forward from Glasgow will determine whether the world achieves its goals of limiting global warming. 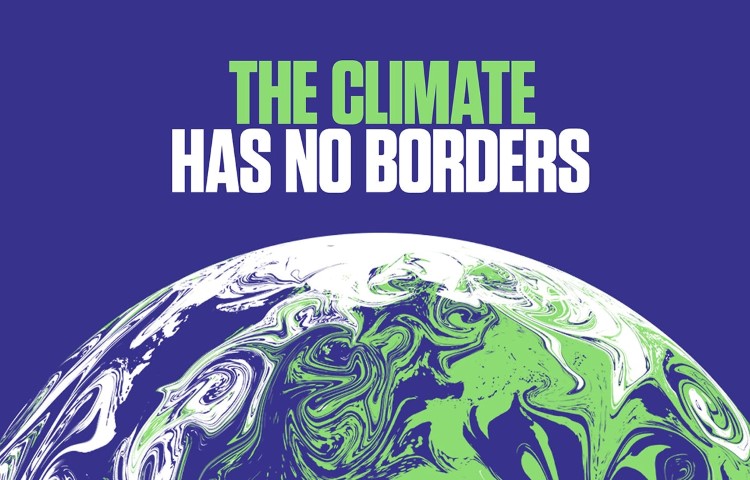 "Glasgow in no way delivers the low income countries' legitimate demands for fair funding." Read NCA`s reaction to what has taken place at the UN Climate Change Conference.

At the UN Climate Change Conference (COP26), that took place in Glasgow this year, it was disappointing to see that the last-minute climate summit went from wanting to "phase out" to "phasing down" coal. Nevertheless, it is incredibly important that the countries of the world, despite different interests, agreed on ambitions and instruments in the climate fight.

The parties agree that the goal of keeping the temperature increase below 1.5 degrees is still the goal, and that it can be achieved. There has been a rising sense of urgency. The pace and ambitions are higher, the United States is back in the Paris Agreement, and they are helping to raise the ambitions.

Among the highlights, the Glasgow Climate Pact refers to coal for the first time in the UN process, it asks countries to come back with stronger climate plans in 2022, and it finalises the most contentious elements of the Paris Agreement rulebook, six years after the landmark deal was done. What it doesn't do is meet calls for climate reparations to the dismay of developing countries.

Many countries reported tougher climate targets ahead of Glasgow. Among others, the EU and the USA, China and Norway.

Norway will now cut 55% of our emissions across the economy. This is an increase from the previous government. The cuts will, as far as possible, take place in Norway. The Prime Minister also announced in Glasgow that the Petroleum Fund will be a climate giant and "a world leader" in climate risk and set requirements for the companies they invest in to have strong climate goals, and net zero as a long-term goal. The goal is exactly what we need.

Major emission nations such as Russia and Saudi Arabia, countries that have often been perceived as slowing down in the context of climate negotiations, both announced climate targets during the first week of negotiations (net zero by 2060, China also has these targets). And although they are not as ambitious as the EU or the US, it is a big step and a new sound from such fossil-dependent countries. India has also promised net zero by 2070.

Fossil energy and coal in particular have been a very demanding topic.  Coal was for the first time mentioned in an agreed text in the climate negotiations.  We were very disappointed that formulations to phase out coal were stopped at the very end of the negotiations, and it is now said that coal should not be phased out, but phased down.

For the first time, ambitions to reduce methane emissions are announced

The US and the EU have mobilized more than 100 countries to sign an agreement to cut methane emissions by 30% by 2030. Since methane is a much more potent greenhouse gas than CO2, and has a strong warming effect in the short term, this effort may have a big impact on whether we can keep the temperature increase to a maximum of 1.5 degrees.

It is one of the most effective measures at this point, and the effort must be made in the oil and gas industry, agriculture and landfills. Large emission nations such as China, India, Russia, Australia, Turkey and South Africa did not sign.

There has been talk for many years about the 2-degree target, which has guided the climate negotiations and the countries' climate goals. But in Paris it was agreed to try to limit the warming to no more than 1.5 degrees. In the years since Paris, we have gained more knowledge about the immense destructions we can expect with only half a degree warming, between 1.5 degrees and 2 degrees.

In Glasgow there has been an important momentum to ensure that the 1.5 degree goal must be what guides our climate targets, both among poor and rich countries. This has probably led to a sharpening of ambitions. Suddenly it is the 1.5 degree target most people talk about when they justify their level of ambition.  Large parts of the financial markets have also agreed to reach the 1.5 degree target, which is good news. 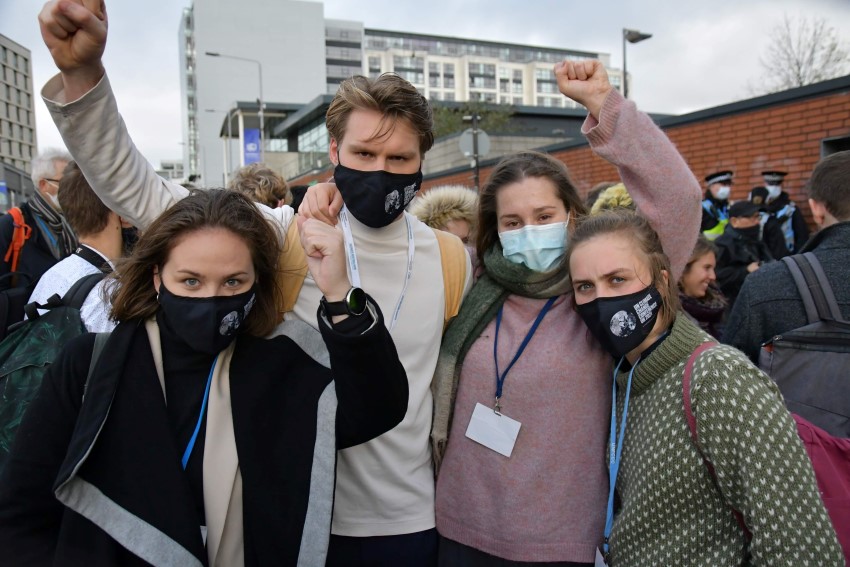 The grand total is still not enough - we steer towards 2.4 a degrees future

The latest analysis from Glasgow, which takes into account all the new targets announced during the COP, shows that if all countries meet their goals for 2030, the world will be 2.4 degrees warmer by 2100.

Before the meeting in Glasgow, the same analysis said that we steered towards 2.7 degrees, so the meeting has yielded results. Climate change is created by humans, which means that we can also solve the crisis. We do this by ramping up the ambitions year after year, until we reach the goal.

Several large emitting nations must deliver stronger targets, and poor countries must receive stronger support from rich countries to cut their own emissions. That's the only way we can succeed.

In Glasgow, more than 130 countries have promised to stop deforestation by 2030. The new initiative, which was presented by the United Kingdom, means that more than NOK 160 billion will be set aside for this purpose. It is very important that the new US administration views this as an international focus area.

Too little, too late

At the start of the climate summit, it became clear that the rich countries will not reach the goal of 100 billion dollars in annual climate financing until 2023, which is three years too late.

This gained some momentum in a number of rich countries which, during the first week of the meeting, put up-scaled commitments on the table. Norway says they will double their funding to 14 billion by 2026. Other rich countries also promise a doubling. Therefore, it now seems likely that the goal can be reached in 2022. But it is still too slow.

The disappointment of poor countries over the willingness of rich countries to contribute in accordance with their historical responsibility for climate emissions is both understandable and great.

Glasgow does not in any way deliver the low-income countries' justified demands for fair financing, even though the text more clearly than before points to a dialogue about this and that the rich countries have an obligation and responsibility for the loss and damage of poor countries.

The needs are increasing

The need for climate finance is great, and growing rapidly.

According to Unctad, the current need for climate adaptation in developing countries will increase from $70 billion annually in 2020 to $ 300 billion in 2030 and $ 500 billion in 2050. Emission reductions not included. 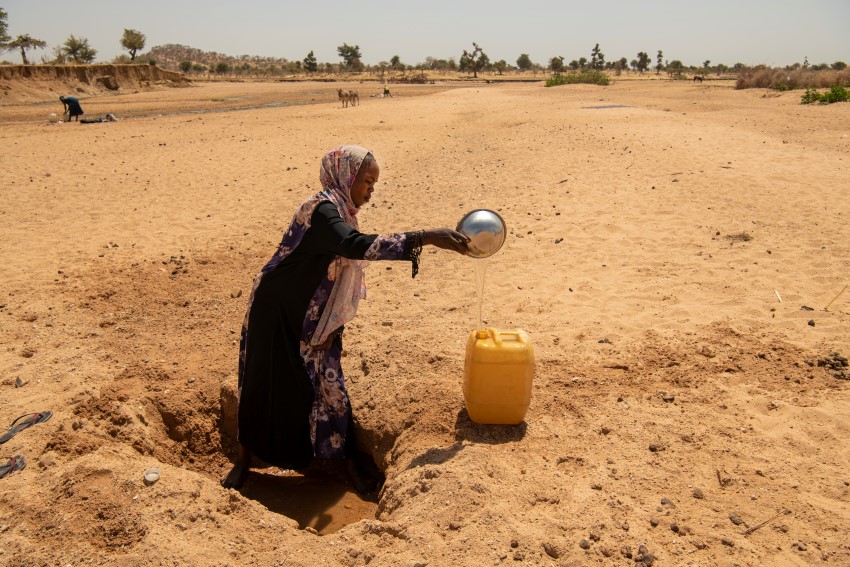 The disappointments notwithstanding, the road from Glasgow is paved with many good intentions. But will the promises hold? Will the feeling of urgency continue to increase?

Next year is COP27, in Egypt. The world then depends on more answers, more deliverables and fewer disappointments. 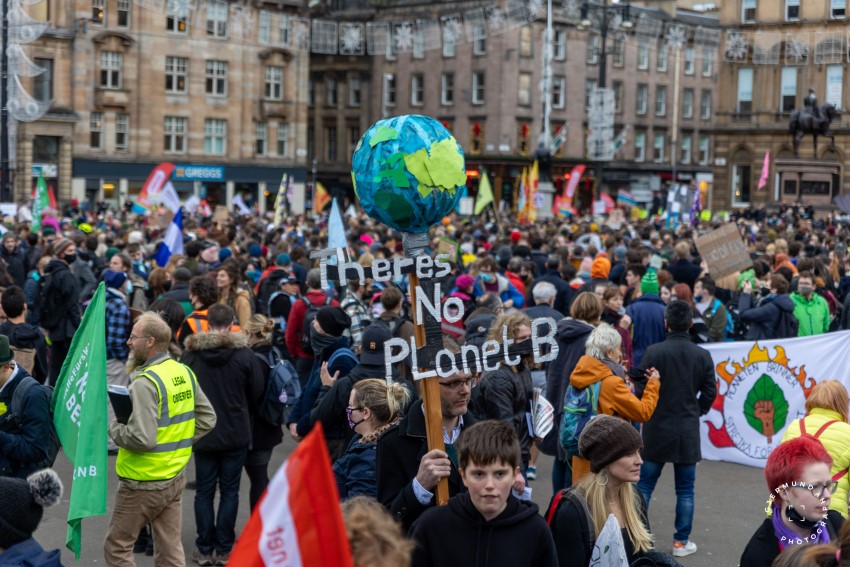 Protestors at COP26 outside the venue. Photo by Naja Amanda Lynge Møretrø.