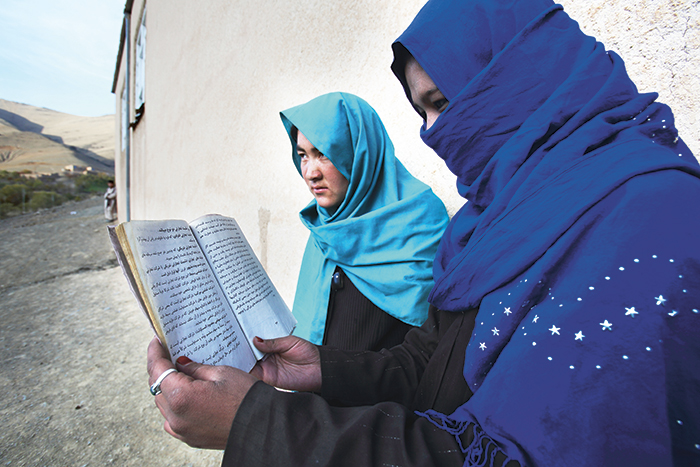 Women empowered to participate in peacebuilding alongside religious leaders

Since the end of the 1970s, Afghanistan has faced a set of complex security challenges, destructive conflicts, human rights violations and a weak governance structure. NCA’s development and peacebuilding interventions, which aim at building more resilient communities, have contributed to improving the situation on community level. Building women’s confidence and strengthening their social role and status was the first priority and step towards women’s participation. From 2013, NCA started focusing more directly on women’s participation in peacebuilding. This took place in a context where cultural stereotypes, social practices and illiteracy hinder women’s participation in society.

NCA’s long-term presence in Afghanistan and long-standing cooperation with partners, mainly at community level, has contributed to creating trust among communities and religious and political leaders. The position has opened up doors to address culturally and politically sensitive issues such as women’s participation and peacebuilding. NCA and partners have made significant progress in advancing Afghan women’s socio-economic and political empowerment.

4The communities in rural Afghanistan follow a traditional pattern of conflict prevention and transformation through community councils known as Jirgas or Shuras, which are committed, well known and respected by the constituencies.

Progress in bringing women into peacemaking at the community level can be illustrated by the 1,000 women who have participated in women’s peace shuras (Councils4) . Women have gained confidence and increased knowledge and skills to deal with conflicts at community level. Although the women’s peace shuras’ activities were limited to family level conflict resolution, it is a major achievement in the Afghani cultural and political context, where women’s participation in a training session in itself is a challenge. NCA and partners also facilitated nine district women peace shuras with representatives from 70 communities, which strengthened the outreach of female peace actors. In Daikundi province, one such shura solved eight conflicts over water and inheritance.

In 2014, ten women were engaged alongside male religious leaders in NCA’s project on mobilising religious actors for peace. Through exposure to other Islamic societies there was an increased awareness that democracy and socio-economic progress is compatible with Islamic teachings and practice. An evaluation found that the women gained confidence through the project and were actively using their new knowledge afterwards.

To increase women’s participation in the Afghan society, men need to increase their acceptance of women’s rights. In one district, elders and religious leaders were not ready to accept women’s participation. After a series of dialogue sessions however, they were convinced that women have the right to participate and now women are allowed to have their meetings in mosques and are consulted by the elders as this quote illustrates: