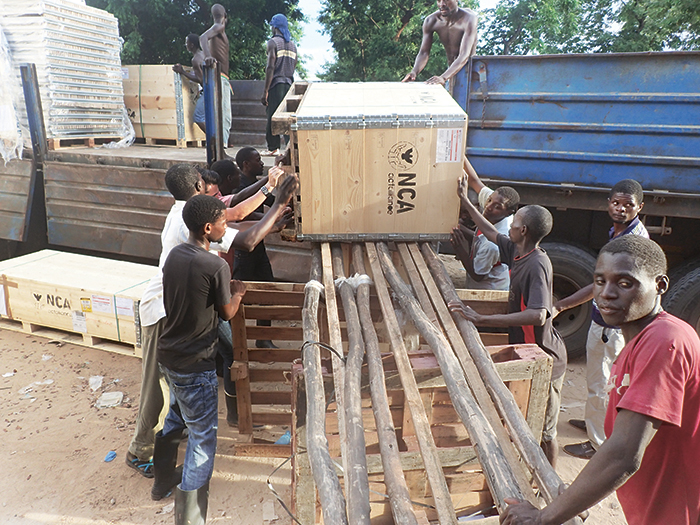 From 2011-2014 NCA and partners provided humanitarian assistance to more than 6.1 million people in more than 20 countries, many of whom had faced multiple crises. During this reporting period, NCA responded to five level 3 emergencies (L3): in Syria, the Philippines, South Sudan, the Central African Republic and Northern Iraq. In addition, NCA assisted women and men affected by conflict and natural disasters in NCA programme countries including Kenya, Angola, Afghanistan, Pakistan and Ethiopia to mention a few.

The L3 designation, the highest level on the emergency scale, indicates to the international community that the situation requires a significant response from the humanitarian system.

Overall goal: Save lives and protect rights of vulnerable persons during and in the aftermath of humanitarian emergencies

Main interventions: NCA provides life-saving assistance and protection whenever and wherever the needs are most acute. NCA’s expertise and main delivery in humanitarian response operations is the provision of safe water, hygiene and sanitation services (WASH). These services are often combined with services from other sectors. This includes the distribution of food and non-food items, such as blankets, hygiene kits and cooking utensils, and the provision of shelter, education and psychosocial services.

NCA’s long-term relationship with local partners, many of them FBOs, is a major resource for the organisation’s humanitarian response capacity. Such relationships have enabled NCA to access hard-to-reach locations and assist people in need with timely, life-saving and dignified assistance in countries such as Syria, Mali and South Sudan. The partnership approach has also enabled NCA to fill gaps and better coordinate its response according to the assessed needs of rightsholders.

Not only are local partners often better positioned to understand and navigate social, political, and economic contexts that inform and impact humanitarian responses, but they are also firmly rooted in established networks in affected communities. NCA’s local partners often have a distribution system in place and an environment for enabling volunteerism among their congregations, making them efficient in both cost and delivery.

FBOs are among the first responders to assist people and communities affected by crises and provide evacuation shelters, volunteers and reinforced infrastructure for humanitarian relief and communications. During the crises of drought, armed conflict and the occupation of the three northern regions by rebel movements in Mali, which started in 2011, networks established through NCA supported projects during peaceful times became effective channels of live-saving food distribution (see below). In South Sudan and Syria, church structures enabled NCA to reach the neediest people. 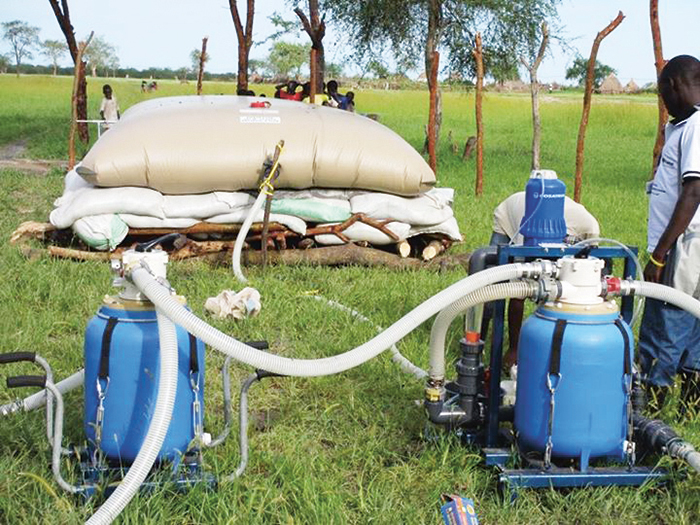 Due to the growing number and frequency of humanitarian crises, during this period NCA has increased its capacity for timely response, at scale and with quality services to people and communities affected by disasters. NCA’s main focus has been the provision of WASH services, but it has also responded with other resources as needed. The collaboration with the Norwegian Ministry of Foreign Affairs (NMFA) on “WASH in emergencies” has been an important cornerstone of this work. Furthermore, NCA has participated and contributed actively to global and national WASH coordination mechanisms as well as strengthened its collaboration with other ACT Alliance agencies. Strong coordination means fewer gaps and overlaps in humanitarian assistance and more people assisted through a dignified response. NCA’s collaboration with local partners, ACT Alliance agencies and international stakeholders has resulted in a more efficient use of resources and improved results, whereby NCA has been able to reach more rights-holders.

As the conflict in Syria enters its fifth year, and the humanitarian situation is deteriorating, humanitarian access is increasingly challenging in Syria and throughout neighbouring countries. Despite this, NCA is expanding the ongoing Syrian humanitarian response, in partnership with the International Orthodox Church Charities (IOCC), the Greek Orthodox Patriarchate of Antioch and All the East (GOPA) and others. The partners’ historic presence in the region with networks of parishes and institutions throughout the country has provided NCA with unique access to difficult to reach areas in Syria.

Since the beginning of 2012, NCA and partners have worked to alleviate the suffering and hardship of civilian victims of the Syrian war, consisting of internally displaced persons (IDPs) and host communities inside Syria, on the one hand, and Syrian refugees in Jordan and Lebanon, on the other. The provision of WASH services is NCA’s main contribution, which is often combined with the provision of non-food items (NFIs) and food assistance. The Syria response is based on the principles for conflict sensitive programming and one of the main strategies has been to ensure that host community needs also are addressed. As the humanitarian situation persists, NCA and partners have gradually invested more in linking humanitarian assistance to sustainable and early recovery mechanisms in communities and local institutions.

NCA and other international humanitarian actors have advocated for increased access for humanitarian aid to Syria. This joint advocacy has contributed to persuade the UN Security Council to pass a resolution in 2014 calling for unimpeded humanitarian access in Syria57.

One of the many important lessons learned from NCA’s Syria response is the need for flexibility in programming and implementation due to the complex context and severe security risks.

The multifaceted crisis in Mali since 2011 has included drought, armed conflict and occupation of the three northern regions by rebel movements, as well as a coup d’état in March 2012. Humanitarian access to the affected areas has been challenging and NCA has been one of the few actors who are able to provide humanitarian assistance in these seriously affected regions. This achievement can be explained by NCA’s thirtyyear presence in the country, extensive networks and long-term partnerships with grassroots organisations within areas such as peacebuilding and women’s empowerment.

When the armed conflict and political crisis escalated in 2012, NCA and partners were already present in northern Mali, well known and trusted by the population and working with local civil society organisations and groups. This made it possible to rapidly organise more than 300 local emergency committees and provide assistance to more than 190,000 crisis-affected people during this period. The committees’ work included assisting with the selection of beneficiaries for food distribution. Even such shortterm assistance helped a substantial number of children, women and men to get through a very difficult period of their life. Many of the actions took place on the committees’ own initiative, which indicates that the capacity building and support they had received as part of NCA and partners’ long-term development projects from 2011-2014 had an impact. The same local emergency committees have since then been used by other humanitarian actors.

The capacity of NCA’s country office to provide humanitarian aid has increased significantly since the emergency operation started. The main areas of interventions have been food security, access to safe water and resilience activities.

Civilians killed, houses burnt, assets destroyed and entire communities forced to flee. This was Darfur in March 2004 when the UN Resident Coordinator asserted that Darfur was “the world’s worst humanitarian crisis”58. Today, people in Darfur still face insecurity and violence. The Joint ACT-Caritas Darfur Programme (DP) was launched in 2004 with the initial ACT/Caritas Emergency Appeal; it was supported by approximately 60 funding partners. In the early years, the DP worked through national FBOs, providing a variety of relief activities like primary health care and nutrition facilities.

The current focus of the programme is WASH, health and nutrition, distribution of non-food items and livelihood. 2013 and 2014 saw a continued escalation of displacements as a result of fighting in Darfur. During the first five months of 2014, an estimated 322,000 people were displaced. For the DP this resulted in increased pressure on existing facilities in the camps. Despite the many challenges encountered during the 10 years since it was launched, the ACT-Caritas programme remains one of the largest NGO programmes in Darfur, providing assistance to around 500,000 individuals annually. Faced with an increase in the humanitarian needs caused by continued conflict and displacements, the trend of declining humanitarian funding to Sudan is of great concern.

Next Chapter: 7. Advocacy for Global Justice