RISING in Sudan: Leading the Nexus from Humanitarian Aid to Recovery and Resilience

​Meet Ahmed Zakaria, 56 years old, the father of seventeen children from Urikum village, Zalingei Central Darfur. Zakria is a farmer who grows vegetables on a smallholding; he could not yield enough with the traditional manual irrigation system used, insufficient modern agricultural approach. To cover family expenses, he was forced to cut trees to sell it as firewood also; still, he was barely able to feed his children. 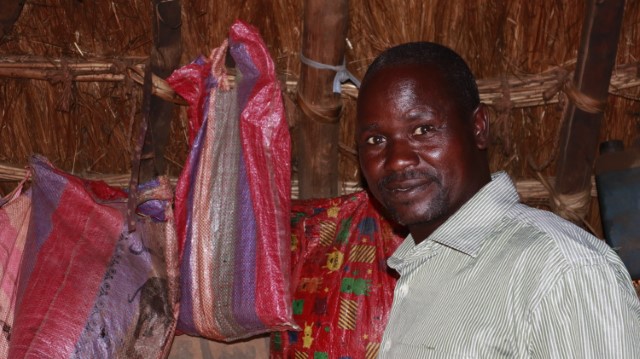 "With the water pump everything changed. I managed to irrigate four times the land space than before with the manual irrigation method, beside saving much time and effort," Zakaria explains.

With the intensified cultivation, and a burgeoning yield, Zakaria's increased income allowed him to broaden his activities—trading animals for added value. From this, he is able now to cover his family's expenses and his children's education fees.

"We were sleeping and NCA came and woke us up," Zakaria gratefully stresses. "Before the NCA intervention, we were demoralized, dormant, and unmotivated. Some of us started to abandon cultivation and live on other marginal works, instead of the unrewarding hard work of farming".

The Urikum village targeted group consisted of five extension agents who received, in addition to trainings and seeds, five water pumps to share with ten additional farmers each. Each agent then trains his group--with whom he shares the water pump--on modern agricultural methods.

NCA began implementing first phase (2019) of RISING, with funding from the United States Agency for International Development (USAID), Office of Food for Peace (FFP), and targeted 7,598 of the most vulnerable households (39,341 individuals) in West, Central, and South Darfur. The second phase of RISING (2020–2022), funded by USAID Burau for Humanitarian Assistance (BHA) targeted 23,000 households (151,000 individuals) in all five states of Darfur.