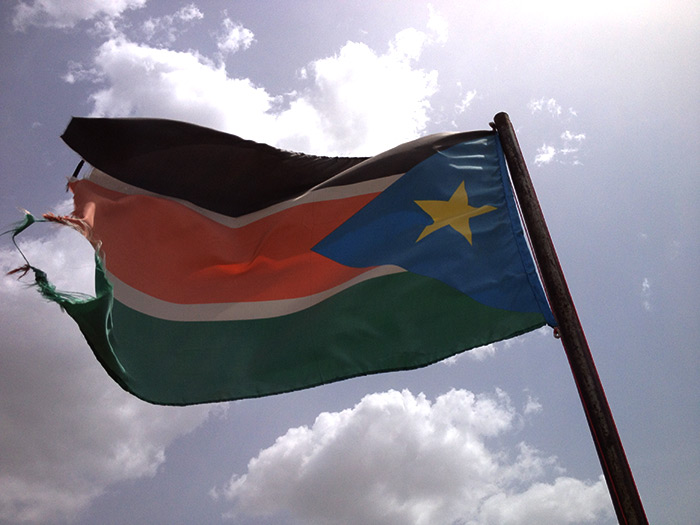 NCA accompanies churches in their pursuit of peace

With the support of NCA, South Sudan Council of Churches (SSCC) engaged in a number of peace advocacy initiatives in 2015. Twelve of its members and the South Sudan Islamic Council (SSIC) formed an inter-faith peace delegation, which acquired observer status at the IGAD-led peace mediation in Addis Ababa. On several occasions the delegation contributed to resuming stalled peace negotiations.

NCA coordinated the organisational development of SSCC on behalf of other ACT members due to the strong relations we have developed with member churches and SSCC’s stakeholders. In this role, NCA was instrumental in forging a unity of purpose within the member churches of SSCC, as well as in facilitating the linkages to and coordination with WCC’s network, as well as with the Catholic Church network. A key step in the organizational development of SSCC in 2015 was its change of leadership. This resulted from a long-running process within the member churches and reconfirmed the churches’ ownership of SSCC as a joint platform. Strengthening SSCC’s organizational capacity is key given that they operate across ethnic fault lines and that churches in South-Sudan constitute an important civil society actor given they are both representative and have space from authorities to operate.

The renewed momentum created by the above-mentioned processes was manifested in June when the SSCC coordinated an ecumenical church leaders’ retreat in Kigali, Rwanda, to reflect and propose a plan to achieve peace and reconciliation in South Sudan. Participants at the retreat developed a joint Kigali Statement of Intent, which formed the basis for developing a joint long-term action plan. In the statement the churches welcomed the potential of the Agreement on Resolution of Conflict in South Sudan (ARCISS), which was signed later in August, while warning that true peace would require the parties to the agreement to respect their commitments as well as the voice of the South Sudanese people for peace. The statement stressed the limita tions of the agreement as a political process, as its form and content are not aligned with the aspirations of South Sudanese people. It is rather seen as a compromise between the parties to the agreement. The Kigali Statement of Intent committed the churches to clearly contribute to resolving the conflicts in South Sudan, to build peace and to reconcile communities. NCA, together with the core group, assisted the SSCC in developing an action plan for peace based on the Kigali Statement of Intent. The plan is made up of the three pillars of reconciliation, of safe space for dialogue between conflicting parties, and of peace advocacy.