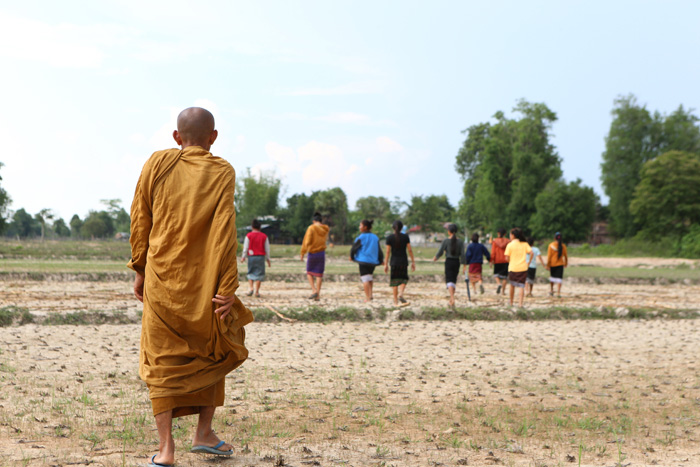 NCA has secured access to renewable energy for another 19,397 rights-holders in 2015. Larger renewable energy installations in hydropower, solar energy and bioenergy have also contributed to the mitigation of greenhouse gases. The Climate Change Mitigation (CCM) programme was implemented in the following countries in 2015: Afghanistan, Brazil, Guatemala, Kenya, Laos, Southern Africa, Tanzania and Vietnam.

2016 will be the final year for NCA’s programme in Brazil after three decades of development cooperation. A common characteristic of NCA’s programme has been an emphasis on applying advocacy tools like networking, documentation, research and media strategies. This stems not only from the importance NCA places on this methodology, but also from the profile of NCA’s partner portfolio in Brazil. Many organisations were founded in the 1980s - a time when democracy was re-established after decades of military dictatorship. NGOs were established to advance social and environmental rights asserted in the 1988 Constitution. Many of these NGOs have built up and continue to apply a successful working method of linking the grassroots to state, federal and international levels. This gives the NGOs legitimacy from grassroots organisations and movements when accessing and influencing higher level policy-makers, and allows them to at the same time to resonate their reflections downwards on public policies at the local level.

As part of this rooted advocacy approach, the NGOs develop and test feasible solutions to problems faced by communities using community consultation and technical research. Results are used to advocate for the inclusion of these models in publically funded schemes to ensure sustainability and duty bearer engagement. An example of this approach is presented in the case below. NCA has facilitated the signing of an MOU between NCA partner and ACT Alliance member Diaconia and NCA’s country office in Angola to ensure the transfer of these advocacy and technical skills to NCA’s FBO partners there. This will ensure continuous learning beyond NCA’s formal programming in Brazil.

WHY: After a 30-year struggle, the indigenous peoples of Raposa Serra do Sol received legal recognition of their traditional lands in 2005. This marked the start of their next struggle – to secure adequate energy for the social and economic development of their communities.

WHAT: Feasibility studies for renewable energy systems in indigenous communities, including significant inputs from the communities themselves, were conducted. Advocacy was carried out to secure the inclusion of the systems into the national energy plans, and capacity development was provided for communities to ensure the sustainability of energy systems.

The indigenous territory of Raposa Serra do Sol in Brazil’s northernmost state Roraima, is not only home to the Makuxi, one of Brazil’s largest indigenous populations, but is also one of the windiest parts of the country. Despite this potential for renewable energy production, it has remained an energy poor area with local communities relying on diesel as their primary energy source. Due to its remoteness, the area is not part of the national energy grid, and until recently excluded from the government’s rural electrification programme. NCA partner ISA has cooperated with the Makuxi communities and an academic institution in an effort to find a sustainable energy solution. Technical feasibility studies were done to measure the wind and solar potential in the area, and to determine if an energy mix of wind and solar would provide an economically viable option.

Ensuring that the new energy source is managed and maintained in a sustainable manner by the local communities themselves is the key to providing reliable renewable energy in remote areas outside of the national grid. To do this, ISA has entered into cooperation with the Federal Institute of Education, Science and Technology in Roraima to provide 30 younger members of the Makuxi community with skills needed to fill this role. The course started at the end of 2015.

Other key factors to achieving the results documented above have been free and prior consultation in accordance with the Indigenous and Tribal Peoples Convention (ILO 169), a technical approach to verify feasibility, donor dialogue, and support from ISA who has expertise in carrying out consultations with indigenous communities on similar issues. A film documenting these results is also available.

WHY: The highlands of Afghanistan are vulnerable to landslides and erosion due to deforestation and the increasing frequency of extreme weather events, including floods and droughts. Women in this area are often engaged in subsistence farming, a sector which provides limited livelihood opportunities due to poor agricultural practices.

WHAT: Community based reforestation management, including a focus on women’s participation and income generation.

RESULTS: A more resilient community facing less risk of landslides and erosion, economically empowered women, and an increase in knowledge about infrastructure and techniques needed for natural resource management are the main results.

Due to extensive deforestation in Afghanistan, NCA’s reforestation activities employ a forest management approach as opposed to one of natural succession. In 2015 NCA reforested a 12-acre area on the eroded hills surrounding Maimana city in Faryab Province, adding to the adjoining 12 acres reforested the previous year. The newly planted area is now covered with 4,500 pistachio and almond saplings. They will not only protect the area from erosion and landslides, but will also provide the community with future income through processing and sales. In cooperation with NCA, a network was established in the community to advocate for forest protection through campaigns in Mosques. Although all forest areas in Afghanistan belong to the government, this forest will be managed by local authorities and the community’s forest network together.

Using improved planting techniques and high quality saplings increased the survival rate and ensured establishment of the new crops. A proper water management system was also introduced to avoid water loss through targeted irrigation. This is more sustainable in regards to costs and the environment, as traditionally seedlings are irrigated using water distributed by water trucks. The initial investment in this drip irrigation system can provide returns for the community for many years to come, as it can be used in another location after the initial three-year establishment period for the current crop has elapsed.

The project has not only focused on reducing the area’s risk to disasters, but also on increasing local income, especially that of women. Women who were organised by NCA in 2014 as a community association to establish nurseries as part of their kitchen gardens, supplied the pistachio and almond saplings to the project. Each of them earned around USD 250 for this, a considerable amount for women who did not previously have any income. The funds were reinvested in their nurseries and used to support their children’s education. These associations have also increased the community’s awareness of the importance of the sustainable management of resources through reforestation and they have advocated for the protection of local forests. Their knowledge is now sought after by other communities who are willing to invest and learn about this type of reforestation interventions. Income from these nurseries has had an impact on the economic status of women, allowing them greater say in rural community development issues.

Climate change mitigation will not continue as a global programme per se in NCA’s new strategy; however the focus on renewable energy and CCM has been integrated into other programmes from 2016. This has had some effect on the level of achievements against global outcomes in 2015, as countries started to phase out the programme of their portfolio.

In 2015 the programme did not have a designated HO advisor which has impacted on the HO’s capacity to advice and provide quality assurance. More technical capacity on renewable energy at HO level would have benefited the programme. However, country offices have managed to compensate for this gap by engaging local resources.

Earmarked funding, such as that for clean energy in NCA’s cooperation agreement with Norad, has been instrumental in achieving the results in 2015 and throughout the 2011-2015 strategic period. This type of funding creates continuity over time, which is crucial in regards to dialogue processes with communities and complicated technical feasibility studies and assessments.

Pursuing international carbon trading, certification and commercialising offsetting has proven too difficult for the organisation to implement on a systematic basis during the 2011-2015 strategic period.

Finally, the CCM results framework has been too ambitious in this period. In the new programme plan, tracking performance on renewable energy interventions is expected to be easier, as these are now integrated into NCA’s WASH, Economic Empowerment and Climate Resilience global programmes.

Achieved in Southern Africa and Kenya, where partners have made sure that petitions for UNFCCC COP 2015 included this target group.

Achieved in Brazil, Laos and Kenya, documented by a predominant increase in biogas compared to other sources of energy. After five years of intense work, indigenous peoples living in off-grid areas in Brazil are now allowed to invest in wind power.

Achieved in Afghanistan, Mali, Laos and Guatemala, where rights-holders now produce electricity from a variety of renewable energy sources.

Achieved in Tanzania, Laos, Kenya and Afghanistan where continued efforts have ensured small-scale reforestation and introduction of energy efficient stoves. In Laos communities have also developed rules for sustainable deforestation that decreases the outtake by 40 percent aiming for full re-growth.

OUTCOME 5: Duty bearers have been influenced to include GDR perspectives and elements in national and international climate change policy discourse

Achieved in Southern Africa and Tanzania where they are now using GDR methodology in creating and working on policies connected to the signing of the agreements at the UNFCCC COP 21 in Paris.

OUTCOME 6: TNational decision-makers have been influenced in the development of national policies on renewable energy and deforestation

Achieved in Kenya and South Africa where NCA and partners are positioned to function as hearing committees on national and regional energy policies.

This outcome was abandoned earlier in the stategic period.