Norwegian Church Aid began in 1947 as a small fundraising drive by Norwegian churches. Today, we are one of the Nordic countries’ largest aid organisations.

Norwegian Church Aid’s big breakthrough came at the end of the 1960s as a result of the relief effort we delivered in Biafra (Nigeria). Read on to learn more about our 60-year-long history.

In October 1945, the Menighetspleienes Landsforbund (National Association of Congregational Aid) was founded to coordinate the social aid work Norwegian churches were confronted with after the Second World War. This marked the humble beginnings of Norwegian Church Aid.

The Association realised that aid to Europe was not reaching everyone in need. Food relief was being sent first and foremost to our former allies in France, the Netherlands, Belgium and Greece, and the Association saw that there was perhaps even greater need in vanquished Germany. At the Board of Directors meeting in 1947, the Association decided to set in motion a campaign to assist destitute people in Germany. Over time, it was also decided that churches in Norway would continue to deliver assistance to refugees in Central Europe and the Middle East. This aid campaign was named Norwegian Church Aid, and the work was carried out in cooperation with the Lutheran World Federation and the World Council of Churches.

Norwegian Church Aid became an independent organisation with its own statutes at the meeting of the National Association of Churches in 1953. Its aid work was expanded to include the many refugees in Hong Kong (1949), people in Algeria after the earthquake, those affected by war in Congo and by flooding in India. Aid to developing nations has, since the first European aid was delivered, been the most central aspect of Norwegian Church Aid’s work. Since the beginning, the concept of Christian compassion has been our motivating force.

The first of these projects was in Abakaliki, in eastern Nigeria in 1962. Emergency aid to famine-struck Biafra in 1966 was Norwegian Church Aid’s breakthrough as an aid organisation. Here, Norwegian Church Aid entered a Nordic alliance that contributed humanitarian aid to areas not under the control of any recognised state, which were therefore areas in which traditional humanitarian organisations connected to the United Nations and the Red Cross were unable to operate.

Nowegian Church Aid’s General Secretary at the time, Elias Berge, led both the fundraising drive for, and the relief work in Biafra. To this day, many people still associate Norwegian Church Aid with the ‘fisherman priest’ from Sunnmøre, who came home despairing of the devastations of war and asked the Norwegian people for help. People responded to his call to a degree we have never seen since.

A few years later, Norwegian Church Aid began work in South Sudan that would become the largest development aid project in Norwegian history. Norwegian experts in agriculture, health, education, road construction and water supply were sent in. Asia entered the picture in 1971 with the Bangladesh War of Independence. In 1976, operations were expanded to Latin America, when Norwegian Church Aid began work in Guatemala after the earthquake in March of that year.

Our expansion from European to world-wide aid work should be seen in the context of the liberation of former colonies, especially in Africa, and the need to give aid to these new nations. Television brought the rest of the world into our everyday life. News of natural disasters and wars that previously took days to reach us in Europe suddenly reached Norwegian homes and TV screens in the space of a few hours. Norwegian Church Aid underwent a tremendous expansion of its world-wide activities throughout the 1970s. This was connected to increased donor commitment through, among other things, 1977’s television fundraising campaign, and not least because of the systems for publicly funded foreign aid (NORAD/Ministry of Foreign Affairs) that were established during this period.

Our district development programme in South Sudan, which began in 1972, was predominant in our work. Large aid projects in Ethiopia, Mali and Eritrea were begun in the 1980s and, at the same time, we began aid work with Afghan refugees in cooperation with the Norwegian Refugee Council.

1990s and beyond: Partnership

In the 1990s, we came full circle with a stepped-up involvement in Europe when the organisation began intensive aid work in connection with the break up of the former Yugoslavia.

It soon became clear during this development that Norwegian expertise was not always suited to other countries. Often, the local population’s expertise and knowledge was a better fit in the local context.

Norwegian Church Aid has evolved into a partner and network organisation. Our direct involvement has been stepped down, and our cooperation with partners at local, national and international levels has been expanded.

In 1995, Norwegian Church Aid became a member of a new world-wide church-related network called Action by Churches Together (ACT). The network unified the disaster work of the World Council of Churches, the Lutheran World Federation and Norwegian Church Aid’s sister churches. This network marked the origin of the ACT Alliance, and first saw light in March, 2010.

Through the ACT Alliance, Norwegian Church Aid has a presence in 130 countries. The ACT Alliance is one of the the world’s five largest humanitarian alliances and includes more than 100 member organisations.

A clearer focus on youth work started when Norwegian Church Aid's youth organisation, Changemaker, was established in 1992. They give young people the opportunity to act concretely through various decision-influencing campaigns. They work creatively and politically to remove the causes of injustice and poverty in the world. They have members between the ages of 13 and 30, with different outlooks on life and political positions. Changemaker is organized in local groups across the country and political committees for climate and environment, peace, debt and capital flight, international trade, and global health, in addition to central government. 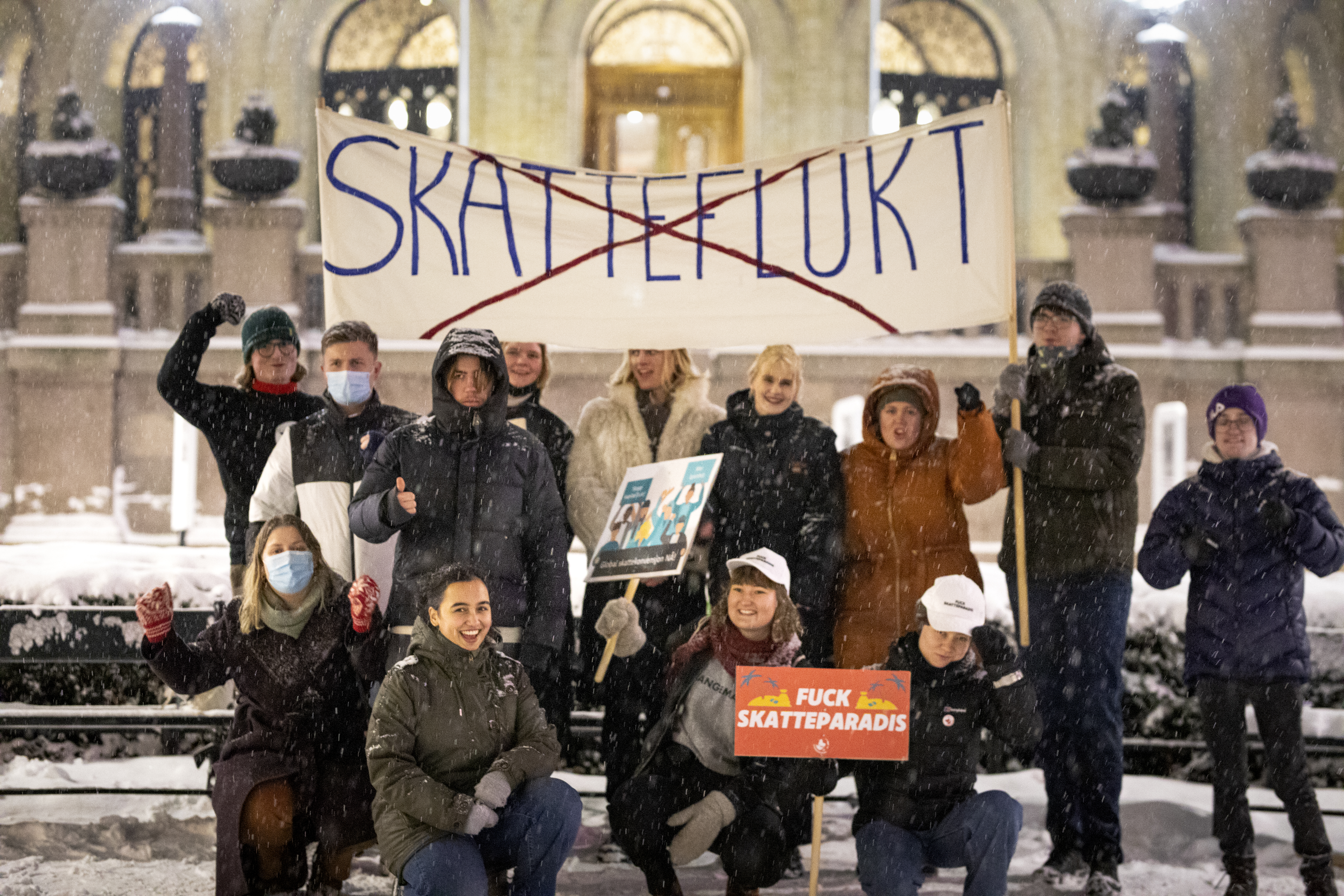 Since the end of the 1980s, Norwegian Church Aid has been dedicated to the dissemination of information as part of our work. Attitude-changing and advocacy work, lobbying and the production of educational material for schools and church work have become an important part of our work in Norway.

Our yearly Lenten Campaign has been in place side the Biafra crisis of 1966. This fundraiser has grown steadily since the beginning, and gained entry into Norwegian congregations when confirmands in the 1980s participated in door-to-door fundraising. In recent years, the campaign has raised about 30 million kroner each year.