The Development Conference 2015 will be hosted on the 12th of November at Ullevål Stadion in Oslo.

What are the role of the Nordics, and where should the Nordic go? 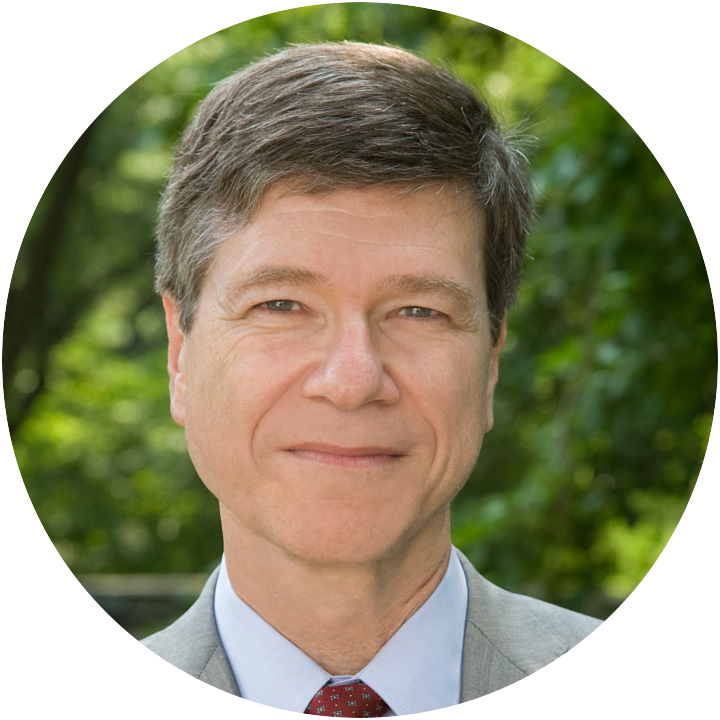 Jeffrey Sachs is an American economist and director of the Earth Institute at Columbia University. He is known as one of the world's leading experts on economic development and the fight against poverty, and was ranked as among the world’s three most influential living economists of the past decade in a recent survey by The Economist Magazine. In August 2012 the UN Sustainable Development Solutions Network (SDSN) was launched, and UN Secretary-General Ban Ki-moon appointed Professor Sachs as the Director. He has had a key role in the development of the new Sustainable Development Goals. His most recent books are "To Move the World: JFK’s Quest for Peace" (2013) and "The Age of Sustainable Development" (2015). 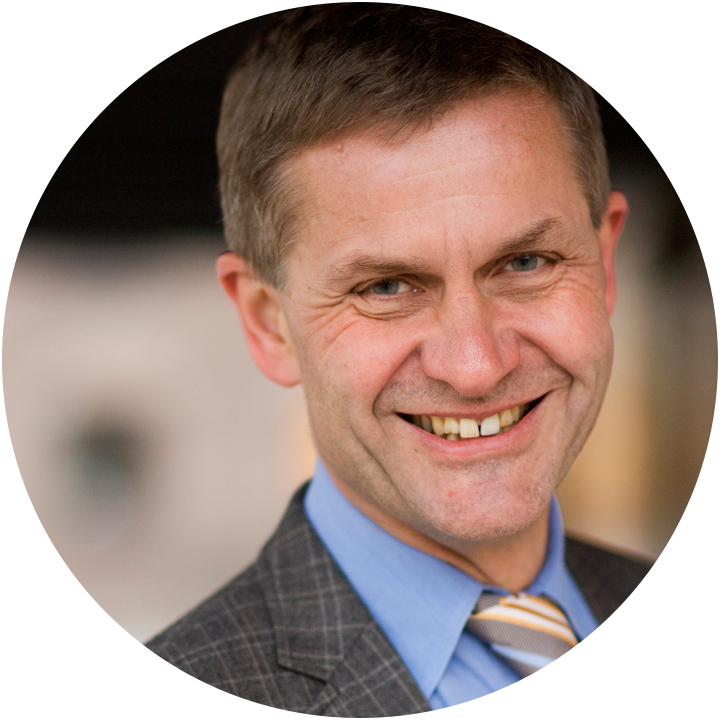 Erik Solheim is the Chair of OECD Development Assistance Committee (DAC), a position he has held since January 2013. He is also serving as United Nations Environment Programme’s special envoy for environment, conflict and disaster. From 2007 to 2012 he held the combined portfolio of Norway’s Minister of the Environment and International Development; he also served as Minister of International Development from 2005 to 2007. During his time as minister Norwegian aid reached 1%, the highest in the world. From 2000 to 2005, Mr. Solheim was the main negotiator in the peace process in Sri Lanka. As minister he contributed to peace processes in Sudan, Nepal, Myanmar and Burundi. 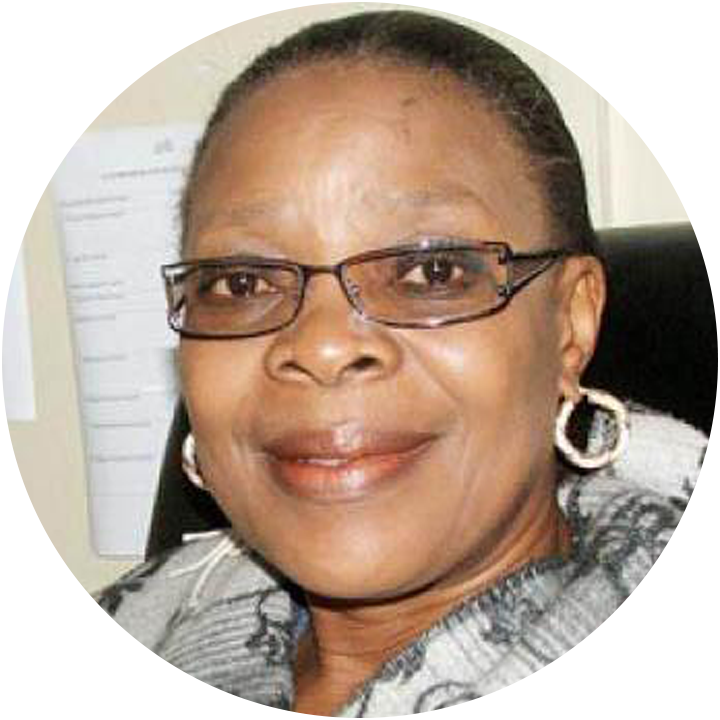 Rev. Suzanne Membe Matale is Ordained Minister of the word and sacrament in the African Methodist Episcopal Church. Currently, Rev. Matale is the General Secretary of the Council of Churches in Zambia, a membership umbrella organisation of mainline churches in Zambia and an important member of the ACT alliance in Zambia. The vision of the Council is to promote justice, peace and dignity for all people. The work includes capacity building for churches to tackle inequalities in society; poverty, gender and development, social, political, and economic justice from a faith perspective. The Council also advocates for political/economic policy change in the nation to bring them in line with the urgent demands for positive change for the common good. 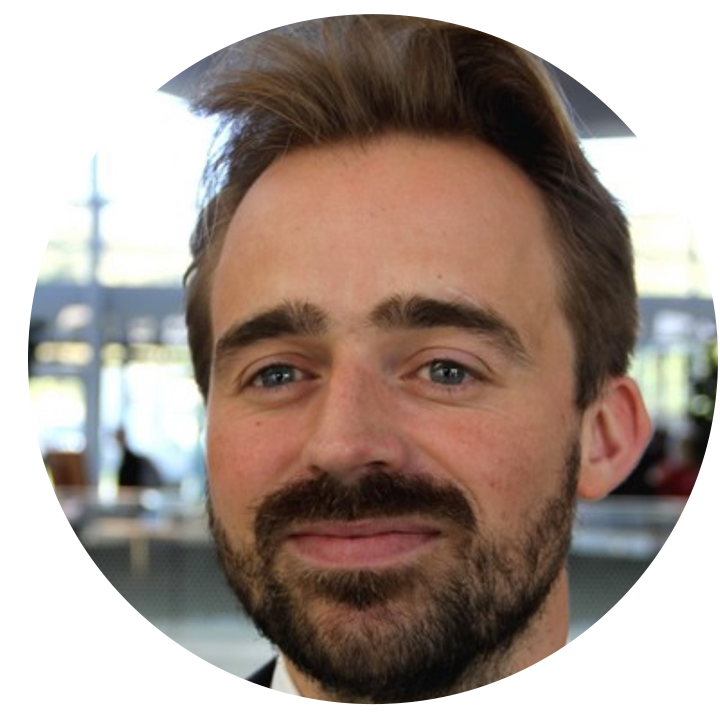 Morten Jerven is an economic historian, with a PhD from the London School of Economics. He holds positions as associate Professor at the Norwegian University of Life Sciences & Simon Fraser University in Canada with a special focus on Africa, Economic History, Economic Growth and Development and Statistics. His most recent book is "Africa: Why Economists Get It Wrong". Jerven's books are controversial and has provoked debate. His books argue eloquently based on his research that economic performance in African countries are greatly misunderstood and that numbers on for instance growth with poor statistical backing is given far too much credit.

Dr. Espen Villanger is a senior researcher at Christian Michelsen Institute in Bergen, Norway. Villanger holds a Ph.D. from the Norwegian School of Economics, and has taught development economics at the University of Bergen. He worked as a Senior Economist for the World Bank based in the Ethiopia Country Office from 2009 to 2012 with responsibilities for poverty and gender analysis. At CMI Villanger has worked on entrepreneurship and microbusiness development, job creation, gender inequality, poverty and income mobility. He is interested in the documentation of results of development efforts, and has participated in a range of studies on monitoring and evaluation of foreign aid. His geographical focus is on the poorest countries in the world, and he has worked in Ethiopia, Tanzania, Namibia, Nepal, Uganda, Malaysia, Mozambique and Sudan. 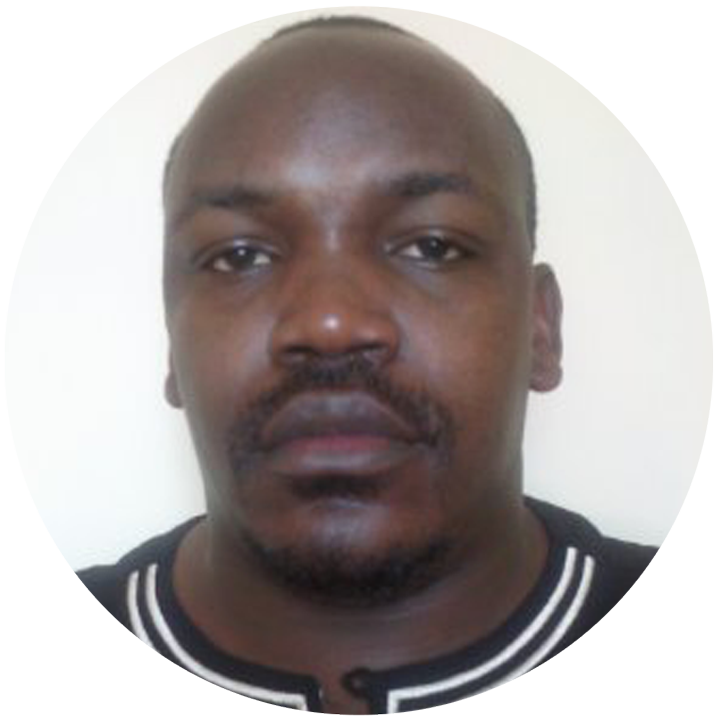 Vitalice Meja is the coordinator of the Reality of Aid Africa Network — a pan-African network working on poverty eradication through effective development co-operation. Meja is a development policy analysis specialist in the areas of development cooperation, economic development, poverty reduction policies and microfinance as it relates to NGOs, government and intergovernmental organizations. He has previously worked as advocacy programs director at Afrodad — The African Forum and Network on Debt and Development.

The Nordic Model and social security — a success worth exporting? 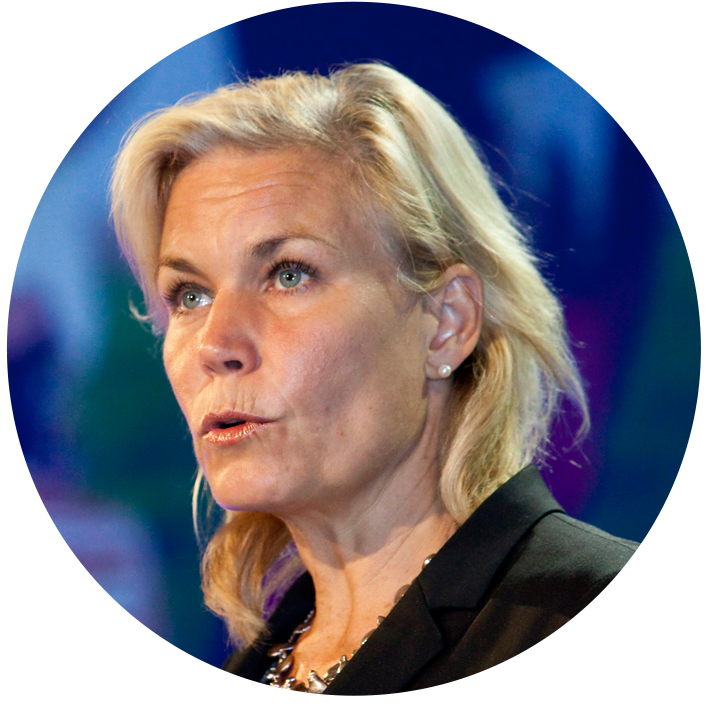 Anna Gunilla Carlsson is a Swedish politician and a member of the Moderate Party. She served as Minister for International Development Cooperation from 2006 to 2013, member of the Swedish Riksdag from 2002 to 2013 and deputy chairman of her party from 2003 to 2015. She is currently board member of GAVI — the Vaccine Alliance and and advisor to the African Development Bank. 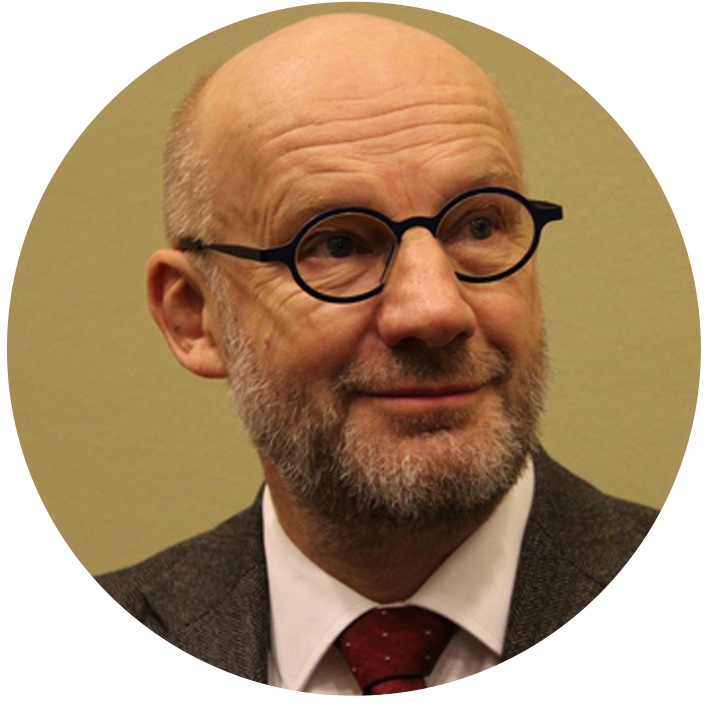 Professor Olli Kangas is the head of the research department at Kela — The Social Insurance Institution of Finland. He has previously held a number of research positions, including a position as research professor at the Danish Institute for Social Research. Professor Kangas is a leading academic that has published a wealth of research on social security systems. 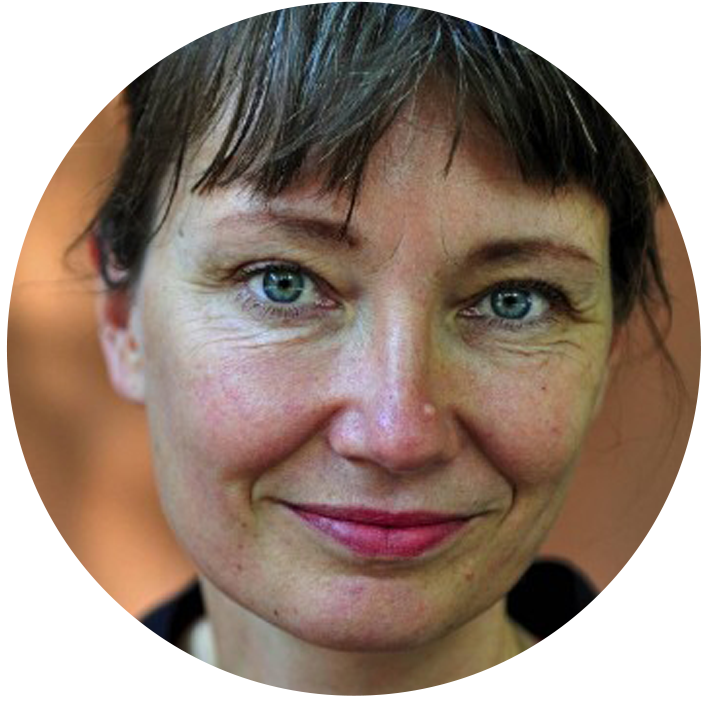 Gunnel Axelsson Nycander is policy advisor on climate and food security for Church of Sweden. In 2013 she won the Swedish Development Forums award for her work on social security systems in developing countries, including her contribution to the report "Pengar i handen — sociala trygghetssystem som metod att bekämpa fattigdom och hunger". 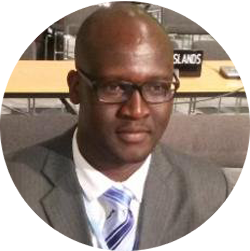 Isaiah Kipyegon Toroitich is a development and humanitarian advocate working as the global advocacy and policy coordinator for the ACT Alliance. He formerly worked as the climate change policy and advocacy officer for ACT Alliance and as a climate justice advisor for Norwegian Church Aid, where he led advocacy work toward the UNFCCC and the Rio Conventions. 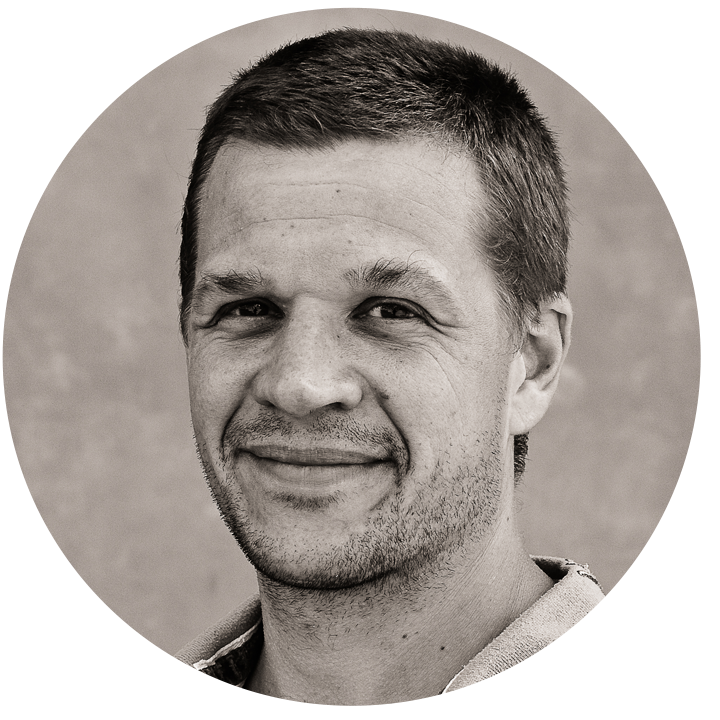 Jonas Nøddekær is the Development Director at DanChurchAid since 2013, where he previously held the position as Head of Programme for Policy & Advocacy. As a development practitioner, Jonas Nøddkær has a wide range of experience, having worked with DanChurchAid in Ethiopia, Cambodia and Myanmar. He holds a masters degree in political science from the University of Copenhagen. 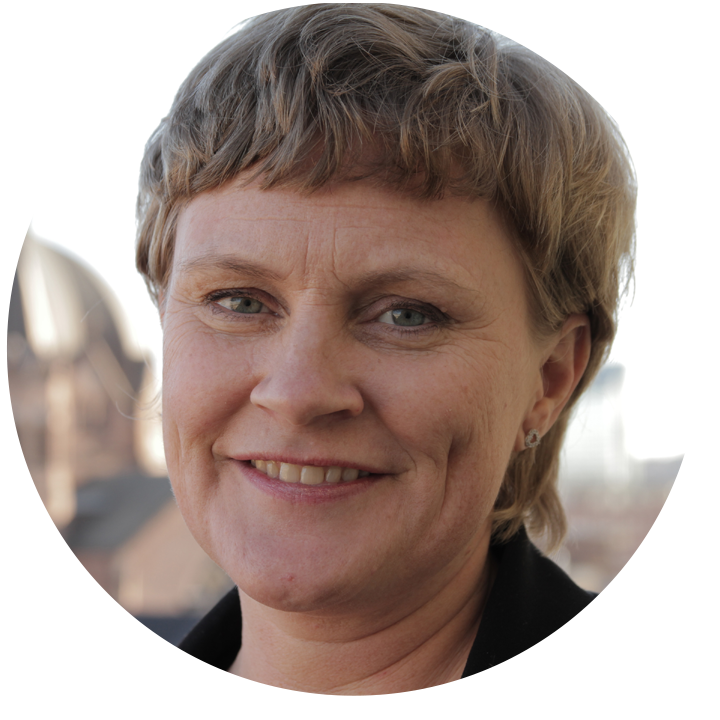 Anne-Marie Helland began has been General Secretary of Norwegian Church Aid since 2012. Helland has worked for many years within the thematic field of HIV and AIDS, including as part of the Global Fund to combat AIDS, Tuberculosis and Malaria. Helland is the first woman, the first internal candidate, and the first non-ordained person to assume the role as General Secretary of Norwegian Church Aid. Until she started as General Secretary, Helland held the position of acting Director of Development Policy, and has also been regional representative for NCA in Southern Africa.