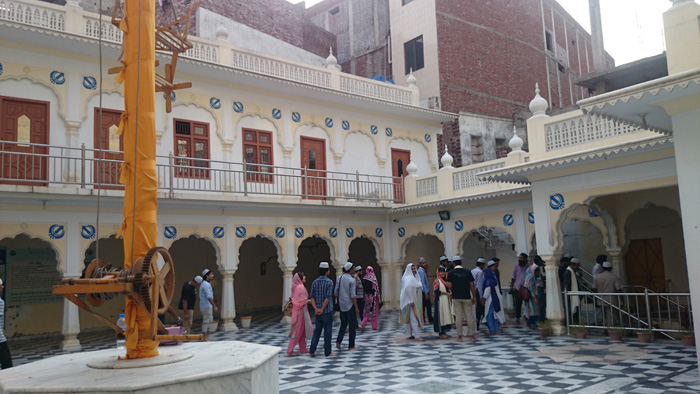 Through its three regional partners, namely the All Africa Conference of Churches (AACC), the African Council of Religious Leaders-Religions for Peace (ACRL-RfP) and the Fellowship of Christian Councils and Churches in the Great Lakes and Horn of Africa (FECCLAHA), NCA has supported peace efforts through ecumenical diplomacy (high level engagement with institutions such as the AU, EAC, and ICGRL), solidarity visits, fact finding missions and advocacy. To support their peacebuilding work, NCA partners continued to establish or strengthen peacebuilding structures at national, regional and pan-African levels in 2015.

NCA has had formal bilateral partnerships with each of these organisations for many years. However, they have never formally worked together. This changed in 2015, when NCA worked closely with the partners over a one-year period to develop a new regional peacebuilding programme covering the Eastern Africa Region. Under the new programme, it is anticipated that these organisations will work closely together in partnership, ensuring synergies and greater impact. NCA is hoping to foster a greater coordinated response by religious actors to peace challenges in the region.

Communities protected from military and settler violence in the Holy Land

WHY: Violence and demolition of villages through the Israeli occupation leads to insecurity for Palestinian communities.

WHAT: An Israeli legal team representing more than 10,000 villagers intervened and protected communities through their presence.

RESULTS: The village of Susya was saved from demolition, and other villagers did not face expulsion from their lands.

In 2015, NCA partner Rabbis for Human Rights (RHR) contributed to a reduction in military and settler violence against Palestinian civilians in vulnerable communities. Although full reduction of violence is not feasible until there is an end to the military occupation, the work of RHR contributes to lessen the violence while holding the Israeli authorities responsible to the rule of law.

RHR’s legal interventions continued to have an often life-changing impact on the daily lives of the residents of the South Hebron Hills, Bethlehem and Hebron areas. Palestinian farmers face increasing land appropriation threats from nearby settlements and outposts. They are routinely subjected to violence and intimidation tactics from fundamental settlers who attempt to take over their lands, and who enjoy a great degree of impunity from the Israeli authorities.

In 2015, RHR’s legal team continued to represent 27 villages in the South Hebron Hills, each with a population of about 450 people and covering around 1,750 acres of land. This includes the village of Susiya, where 340 men, women and children reside, all of whom were threatened by demolition and forced transfer during the summer of 2015. With RHR’s legal intervention and effective coordination with other organisations providing protective presence, the expulsion was halted. Additionally, in the Bethlehem region, RHR’s legal team continues to provide legal counsel to approximately 30 families with privately owned agricultural land amounting to around 1,000 acres.

RHR successfully brought 350 volunteers into the occupied territories to protect and assist Palestinian farmers during the 2015 autumn olive harvest. They also assisted close to 40 Palestinian villages in the Northern West Bank either through fieldwork or through liaising with the army during the olive harvest or other seasonal agricultural tasks. During the winter months of 2015, RHR donated 1,300 trees to the Palestinian villages of Yassuf, Kusara, Jalud, Sinjil, Awarta, Burin, Yanoun and Farrata.

WHY: Violence between majority and minority religious communities in Pakistan is commonplace.

WHAT: Community peace groups composed of a diversity of religious representatives promote peace through dialogue and legal assistance.

RESULTS: 70 young people were released from jail and community tensions were decreased after suicide attacks.

On March 15, suicide attacks on two churches in Youhanabad, Lahore (Punjab) left 24 people dead and almost one hundred injured. The attacks were followed by mob violence killing two men mistaken as militants, and days of riots and tensions between the majority and minority communities followed. Soon after the attacks, NCA contacted and mobilised partners in Lahore and Islamabad to normalise the relations between Muslim and Christian communities and prevent further losses.

A key partner in this process was The World Council of Religions (WCR), a joint platform of the religious communities of Pakistan (Muslims, Christians, Hindus, Sikhs), which condemned the incidences of religious violence in Youhanabad. WCR’s condemnation was published in leading newspapers, reaching some 241,800 readers. Representatives from other NCA partner organisations were also active on private TV channels and state television combating rumours and misconceptions with on-the-ground first hand accounts.

Limited space for civil society in Sudan blocked achievement of planned results, but progress was still seen. NCA Haiti phased out this programme in 2014. An overall lesson learnt continues to be that women’s participation and influence in faith-based peacebuilding is difficult to achieve and requires dedicated resources and a long-term approach. Increasing the use of religious resources is seen as a way forward to address this challenge and to better fulfil faith-based actors’ potential in peacebuilding.

Peacebuilding efforts, where high-profile religious leaders demonstrate interfaith harmony and condemn violence and discrimination against women and religious minorities, have a strong and important symbolic effect. It is equally crucial to intervene and engage lower level religious leaders and communities at the local level, and to impart with practical conflict transformation skills through gender, faith and age community peace groups.

Achieved in Kenya (Eastern Africa), and Pakistan, while not fully achieved in DRC, and Sudan. The focus under this outcome has been on establishing and strengthening sustainable interfaith structures as a first step to enable joint action from faith-based actors.

OUTCOME 3: Rights-holders are mobilised by faith actors to address driving factors of violent conflicts in their local communities

Achieved in Pakistan, where different measures were taken to accompany minority groups, and in the Middle East where Palestinian communities were accompanied.

Achieved in Kenya (Eastern Africa), Middle East and Pakistan through collaboration with key stakeholders in the given context.

Achieved in Somalia, the Middle East and Pakistan, addressing different conflict drivers in the various contexts, in line with conflict analysis and the capacity of the faith-actors involved.