Pregnancy and childbirth is the leading cause of death for girls aged 15 to 19. Through the Reproductive Health programme, NCA seeks to improve the health situation of women in reproductive age and their children so that every pregnancy is voluntary and every birth is safe. The Community Health Framework is the basis for intervention strategies, which include service provision and capacity development within and with communities.

Strengthening local health clinics through educating health staff and improving health infrastructure are also important tools. Faith-based actors are central partners as they are generally trusted by the communities and are already providing around one-third of the health services in many of NCA’s programme countries. In addition, faith and community leaders are important actors in addressing and acting upon harmful traditional practices. The programme builds on experiences from the previous strategic period’s HIV and AIDS and Health programmes, but a focus on sexual and reproductive health and rights (SRHR) has replaced the broader approach.

Malawi has the highest age-standardised incidence rate of cervical cancer in the world (72.9/100,000)13. 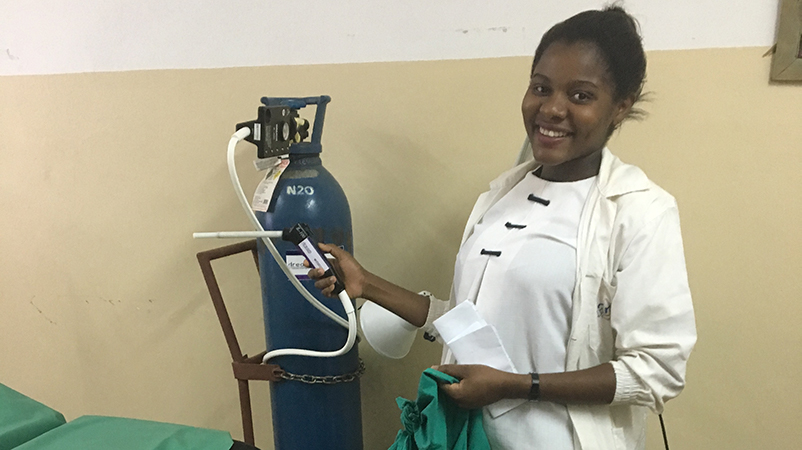 Interventions geared towards early detection and treatment are key in the fight against cervical cancer. NCA partnered with the Christian Health Association of Malawi (CHAM) and the Community of St Egidio (DREAM) to address hindrances to early diagnosis and treatment of cervical in underserved communities in Malawi. Eight health facilities in Phalombe, Balaka and Mangochi Districts were targeted.

With the achievements in the provision of cervical cancer interventions, NCA, DREAM and CHAM were elected into the national task force for the HPV vaccine rollout and have so far supported in the training of subcommittees of the taskforce by reviewing and rolling out the vaccine. The next phase of the HPV vaccine will be rolled out and NCA has taken a supervisory role of service delivery points in its target districts. This will provide NCA with a good platform to interact with relevant national stakeholders and to be a national key player in the prevention of cervical cancer.