Violent conflict is surging after decades of relative decline, and it is estimated that by 2030, over half of the world’s poor will be living in countries affected by high levels of violence. Drawing on experience from working on peacebuilding since 2007, trends and documented good practice in the peacebuilding field, and NCA’s global strategy, the programme contributes to building inclusive, cohesive and peaceful societies.

Violent conflicts are increasingly complex, often driven by ideological motives combined with identity issues, struggles over natural resources, and opportunities for economic and political gains. The landscape of destructive conflict is not confined to national borders either with actors, factors and consequences having regional and global ramifications. Peace processes that are not inclusive, or perceived as just, run the risk of not generating the conditions for sustaining peace and avoiding relapsing into conflict.  Human rights violations are often a key driver of violent extremism, and a vibrant civil society is critical in preventing this. The space for social action to prevent conflict and sustain peace has been reduced, and human rights defenders and peace activists face great risk.

The goal of NCA’s Peacebuilding programme is to ensure that societies are more inclusive, cohesive and peaceful.

Within this programme, NCA and its partners aim to

NCA works in peacebuilding in some countries that are not facing open conflict, but where internal divisions are a source of violence and represent a high risk of escalation to a conflict. NCA’s efforts to reinforce social cohesion and to provide communities with tools to address conflicts in a non-violent manner contribute to reducing the impact of those divisions and the risk of armed conflict.

NCA and partners work to counter prejudice, dehumanisation and other negative attitudes and behaviours by combined action on three spheres: promoting alternative, positive narratives anchored in belief systems, cultural values, and social norms; generating spaces for direct positive interaction; and taking action for appropriate regulatory frameworks. Changing the narrative of how religion is seen in relation to violence and extremism is a crucial element. The interventions address the following dimensions: life skills of individuals (for example stress management, non-violent communication, conflict and problem-solving); capacities of individuals and groups to promote social cohesion; spaces for interaction; and alternative value-systems.

Peace structures, such as peace committees, community peace groups, etc., play a critical role in conflict resolution, mediating interpersonal and inter-group conflicts over, inter alia, natural resources, gender relations and social norms. NCA strengthens formal and informal (customary, traditional) peace structures at all levels, making them inclusive and facilitating the creation of linkages among them  (infrastructures for peace). When working with these structures, NCA considers interaction with other local structures (water committees, community development councils, women’s groups, etc.) where they exist and the role that religion and religious actors play in them.

The women and youth peace and security agendas are central to NCA’s peacebuilding work, not only by accompanying female religious actors and youth of faith. The programme also recognises the multiple identity marks (class, gender, age, ethnicity, faith, etc.) that individuals carry with them, and that come together to form their identity, and embraces an intersectionality approach to explore and act upon sources of conflict and exclusion.

In order to promote social cohesion and counter violence, NCA and partners advocate towards religious actors to influence norms and practices and for relevant legal reforms and implementation of existing laws and norms.

When violent conflict erupts, NCA can advocate for a stronger protection environment and for a peaceful resolution and sustainable peace. It also can also advocate towards religious actors and other stakeholders to transform norms and eliminate the root causes and drivers of conflict.

Building on the trust and legitimacy that religious actors enjoy, they can serve as channels between groups in society. While some are spoilers for peace, respected religious actors can also act together to contribute to peace processes, peaceful coexistence and fight extremism, encourage community dialogue, diffuse tensions when they arise, and strengthen formal and informal networks for peace.

Pakistan is home to the world’s fourth largest Hindu population, with Hinduism constituting the second largest religion in Pakistan after Islam. 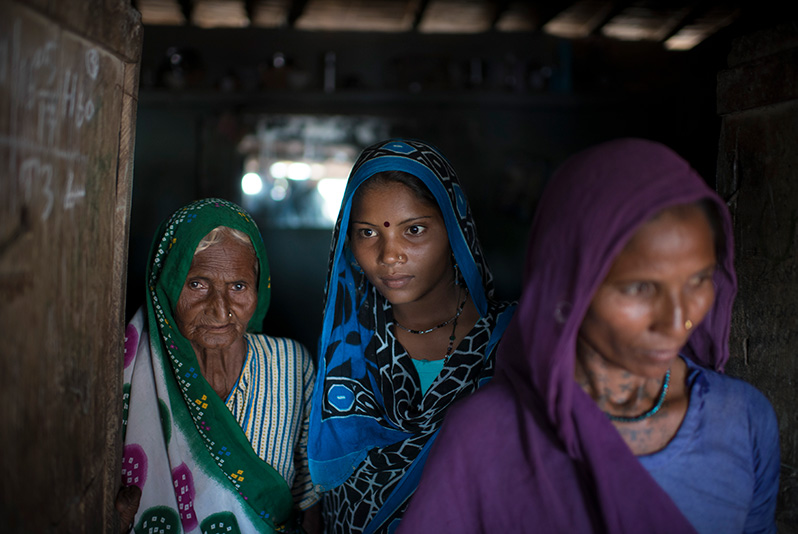 Article 36 of the Constitution of Islamic Republic of Pakistan 1973 enshrines the policy of protection of minorities. However, there was no law regulating the terms and procedures for contracting and dissolving Hindu marriages, and Hindu marriages were therefore often difficult to prove. This particularly affected Hindu women and children negatively. If the husband wanted to dissolve the marriage, the wife and children risked being left without financial support, as the marriage could not be proven. Likewise, if the husband passed away, the wife and children risked being unable to claim their inheritance for the same reason. These vulnerable situations also left Hindu women and children at risk of child and forced marriage and forced conversion.

NCA Pakistan, with the support of Norad, has been implementing the “Joint Social Action for Equal Rights and Opportunities for Minorities of Faith and Belief in Pakistan” project since 2016. The project focuses on the protection and equal citizenship rights of religious minorities in Pakistan. With the support and facilitation of NCA, local partners played an important role in lobbying and advocacy efforts along with other Civil Society Organisations (CSOs) which resulted in the passage of Hindu Marriage Act.

NCA in Pakistan had been supporting the advocacy efforts of its partners for legislation on Hindu marriage in Sindh since 2014, as advocacy for human rights is a long-term process that requires persistent efforts to achieve results. The coordinated efforts of CSOs, the media and parliamentarians were crucial in ensuring the passage of the Sindh Hindu Marriage Act. This included reviewing the draft of the bill taking action to address gaps such as having a group of CSO representatives present their recommendations for improvements to the bill to the Provincial Minister for Minority Affairs; having legal experts prepare concrete recommendations for the Sindh Assembly; conducting a series of lobbying meetings with Muslim, Christian, and Hindu parliamentarians to mobilise them to ensure the improvements were incorporated into the draft bill. Partners also engaged print and electronic media to highlight issues in the provincial draft and create awareness for the improvements required.

As a result of the immense pressure from CSOs including NCA’s partners, the draft Hindu Marriage Bill was revised with some of the improvements suggested by civil society, and the bill was passed and amended by the Sindh Assembly in 2018. To create awareness among the population about this new legislation, NCA’s partner translated the approved Act into the local language (Sindhi) and circulated it at the village level through Community Peace Groups. After the passage of this Act, a research study was published on issues related to minorities of faith and belief that documents the positive impacts of the Sindh Hindu Marriage Act through key informant interviews, focus group discussions and consultative meetings. The Act now gives right of separation to both husband and wife in addition to ensuring financial security of the wife and children. Other legal benefits include registering births, deaths and Family Registration Certificate, which is the proof of family composition. Ensuring proper implementation of the legislation requires continuous follow up, and NCA’s partners are contributing to this by conducting advocacy through various media channels and attending lobbying meetings with government authorities and parliamentarians at the provincial and federal level.