The military has deposed the President and Prime Minister in Mali. Here is the article published by Bistandsaktuelt featuring NCA`s Country Director in Mali, Anne Cath Seland. 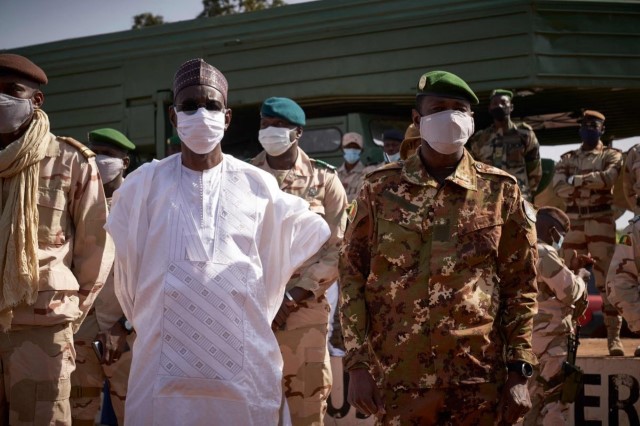 Mali`s President Bah Ndaw and Prime Minister Moctar Ouane were arrested on Monday night and transported to Kati military base a half-hour drive outside the capital Bamako. The soldiers are said to be dissatisfied with the reshuffles in the transitional government that were made earlier in the day.

President Ndaw and Ouane lead an interim government. In August last year, the country experienced a military coup in which the country's elected president Ibrahim Boubacar Keita was deposed.

The threat of international sanctions prompted the transfer of power to a transitional government that would sit for 18 months and prepare for a transition to civilian rule.  Five military members sat on the transitional board, including the coup leader Assimi Goita who became vice president. But on Monday, two other soldiers in the government were removed and the president and prime minister are said to have been abducted by soldiers from the Goita battalion.

Assimi Goïta on Tuesday accused N’Daw and Ouane of having “sabotaged” the transition to democracy in Mali, stating that they have been released from their duties.

At the same time as the soldiers intervened against the tran​sitional government, there is a strike in the capital, so that the TV broadcasts have been stopped for several days, and banks provide limited services.

- It is unclear what will happen, says Country Director Anne Cathrine Seland for Norwegian Church Aid on the phone from Bamako to Bistandsaktuelt.

She describes the situation as "desperate" and says that people are "exhausted" by the political situation.

The last time there was a military coup nine months ago, there was some excitement about the removal of then-President Ibrahim Boubakar Keïta. But now it is in the middle of the transition period that will lead to a referendum on reforms.​

- Now we risk that the whole process is put back, says Seland.

She does not think what is happening now will affect Norwegian Church Aid's work in the field.

​​​​Norway provided NOK 264 million in aid to Mali last year, and a total of NOK 1.7 billion over the last ten years. 37 per cent of this has been used for "governance, civil society and conflict prevention", 19 per cent for education and 14 per cent for emergency aid. Several Norwegian organizations have projects in the country: Norwegian Church Aid, the Strømmestiftelsen, NRC and Care.

- I am deeply concerned about the news of the arrest of civilian leaders in the Malian transitional government. I ask for peace and for their unconditional release, says the UN Secretary General, Antonio Guterres.

"What happened was dangerous and serious and we are ready to consider necessary measures against political and military leaders that hinder the transition in Mali," Michel told reporters Monday night after a meeting with the leaders of the 27 EU countries.

You can read the article in Bistandsaktuelt here.