A forgotten country in crisis

Eleven years after one of the deadliest earthquake disasters of all time, Haiti has still failed to rise. On Saturday, August 14th, another another strong earthquake hit Haiti, and NCA and partners are now mapping the damage to see how we can best respond. 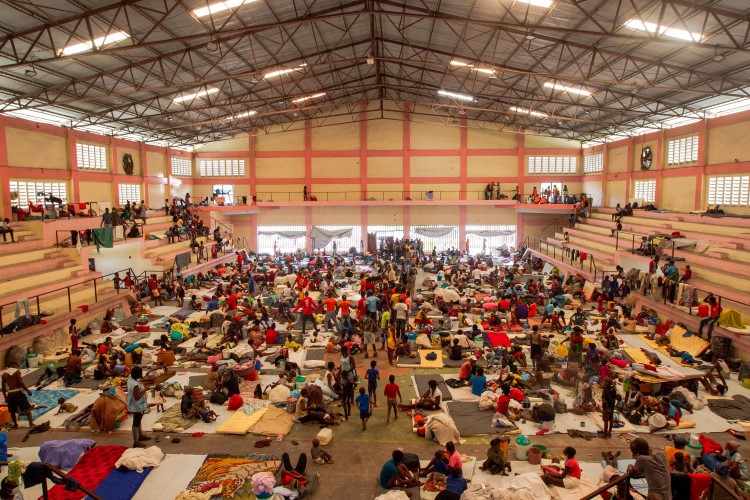 In recent years, the situation in Haiti has more than worsened. In recent times, thousands of people have been forced to flee their homes. The photo shows internally displaced people at the Carrefour Sports Center in the capital Port-au-Prince in June this year. PHOTO: EPA / JEAN MARC HERVE ABELARD​.

Together with our partners, we have WASH progr​ammes in two of the hardest hit counties, Grand Anse and Sud, and we are now assessing the impact and planning our response. We have worked here for several years and we fear both that many people have died or been injured, and that vital infrastructure and equipment that ensures clean water for the local population has been destroyed.

"Together with our partners, we are now trying to map the situation locally to find out how we can provide help in the most effective way possible," says Secretary General Dagfinn Høybråten.

​We have started a fundraising campaign in Norway to help support the response efforts.

Many still associate Haiti with the great earth​quake in 2010

It was a chaotic situation and massive destruction that met the Emergency Aid Team from Norwegian Church Aid when they managed to enter the Haitian capital Port-au-Prince a few days after the earthquake January 12th, 2010.

Tens of thousands of people were buried in collapsed buildings around the city. In the country in total, 300,000 houses were destroyed or seriously damaged, and around 1.5 million people had become homeless. We will never know exactly how many people died. The Haitian government has used numbers of between 220,000 and 316,000 people. Some international institutions have set a somewhat lower figure, around 160,000 dead.

When the quake struck, Norwegian Church Aid quickly launched a major relief operation with our local partners in Haiti. In Norway, we raised almost NOK 30 million for the work, and in addition we received significant support from the Norwegian Ministry of Foreign Affairs.

During the first 18 months after the earthquake, more than 140,000 people gained access to water, sanitation services and hygiene training through our work. 40,000 people received psychosocial help and follow-up.

Several Norwegian organizations did a good job in Haiti in the time after the earthquake. The international community contributed large sums of money after the disaster, but in recent years several governments in Western countries have cut back on support for Haiti. Many international aid organizations have left the country since they no longer have the money to continue working. 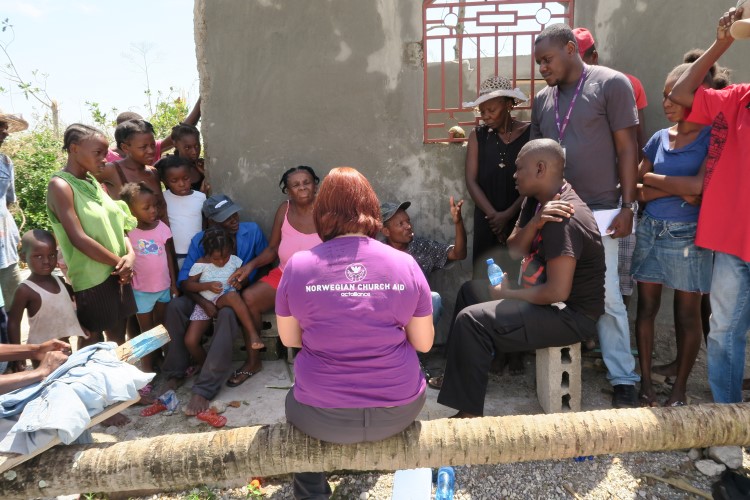 Norwegian Church Aid has continued to work in Haiti. In recent years, the situation in the country has deteriorated.

- We have chosen to stay because the needs are still great, and our efforts are needed. Haiti is the poorest country in the western hemisphere, and it is also very vulnerable to hurricanes and tropical storms due to its location, says Haiti expert and Norwegian Church Aid`s Senior Country Advisor, Johan Hindahl.

- Although we, together with many other actors, managed to save lives after the earthquake and have contributed to people not becoming ill due to polluted drinking water, we must acknowledge that the international community has not been able to contribute to a positive development for Haiti as of today, he says.

​In particular, there have been many riots, demonstrations and conflicts since the election of the incumbent president. Both 2018, 2019 and 2020 were critical years for Haiti, and this creates major challenges also in 2021. Now President Jovenel Moïse rules through decrees.

- The country no longer has a functioning national assembly. Its Term of Office has expired and new elections have been postponed. There are regular violent demonstrations in the capital, Port-au-Prince, and some of the other major cities. Armed gangs are behind the kidnapping of many people, including ordinary Haitians without a lot of money, Hindahl says. 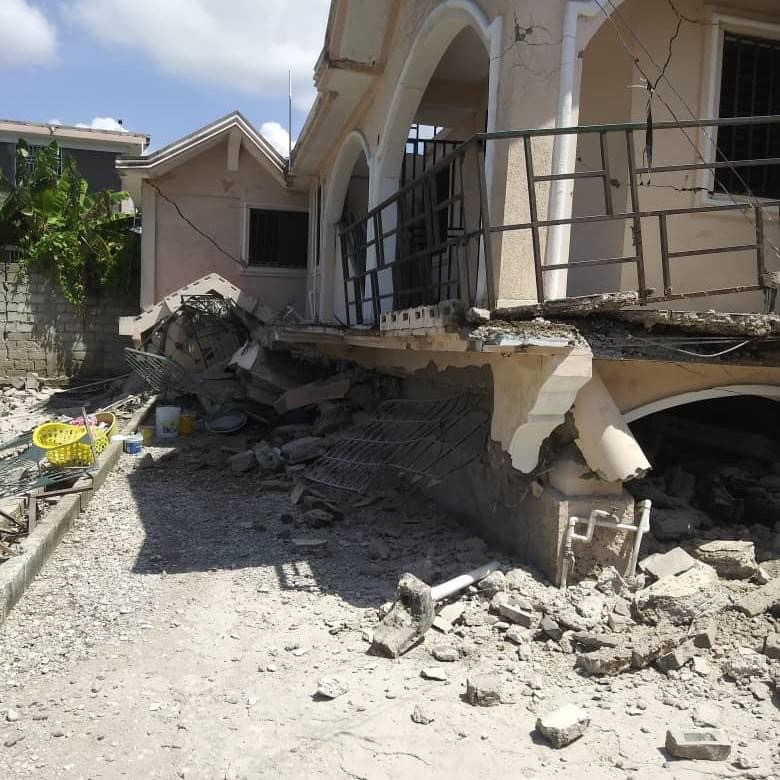 The international comm​​unity bears a responsibility

​In some areas of the capital, frequent clashes between armed gangs have forced people to flee their homes. This applies to an estimated 10,000 people in Port-au-Prince, according to the UN.

Ever since the fall of Baby Doc's dictatorship in 1986, Haiti has been marked by strong political divisions, with the dominant politicians placing great emphasis on power and privileges, and paying far too little attention to how Haiti's large poor majority can get a better and more stable life.

At the same time, throughout the twentieth century, the United States has been a dominant factor in Haitian politics, and the United States and the international community also bear a responsibility for Haiti not being allowed to find its own political and economic solutions or to establish an effective state.

- Although international actors have been present in the country for a number of years, including through the UN peacekeeping mission, they have not managed to prepare Haiti to stand on its own two feet. Initiatives fall apart due to lack of funds, says Marianne Tøraasen.

She is a doctoral fellow at Chr. Michelsen's Institute (CMI) in Bergen and is writing a PhD. on gender issues in Haiti's judiciary. She has also done field work in Haiti.

- After the earthquake in 2010, Haiti received a lot of attention, because it was a dramatic and concrete event with great news value. The current situation is the result of an incredible number of factors that are not as easy to write about in the media, due to failed political leadership, wrong priorities of international actors, lack of economic growth, a redistribution where an economic elite is left with most things, weathering of political and public institutions, lack of trust among the people, a lot of weapons in circulation and corruption. It is not just one thing you can put your finger on that "sells" in the media, but still the sum of these factors is very destructive, she says. 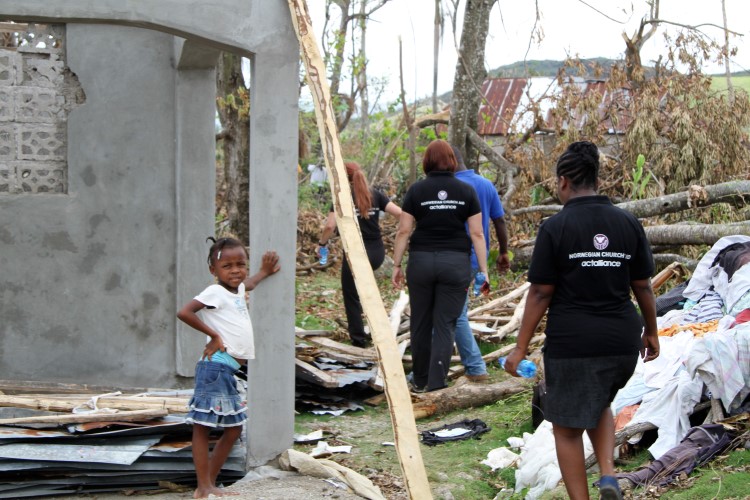 The UN Department for Humanitarian Affairs, OCHA, came out in March this year with figures showing that over 40 percent of the population - around 4.4 million people - will need emergency assistance during 2021.

- There are several reasons for this. The Haitian currency has weakened against the US dollar, there has been a drought in parts of the country, and social and political unrest and blockades on the country's main roads have led to medicines and health equipment not reaching hospitals and health centers, Hindahl says.

But is it useful to have emergency aid in a country where over 40 percent of the population is in need?

- Yes, because Haitians can not expect any special help from the state, and most can not afford private services, says Tøraasen.

Together, the international community must try to support and strengthen the country, both with disaster prevention work and with poverty reduction. Haiti and its people cannot stand alone in their hardships.

Haiti has long had low registered infection rates for COVID-19. Some experts believe this is due to the fact that many were infected in the spring of 2020, and that they have therefore had some immunity until April and May this year. But recently, the country's health service reports that the number of infected, sick and dead has risen. Nor does this challenge escape the poor country.

For a long time, it seemed as if Haiti was escaping the worst of the corona. There were few registered deaths, which among other things have to do with a few very old and sick people in Haiti. But now, when we in Norway are on our way out of the pandemic, the infection numbers in Haiti increase after the mutated viruses have spread, says Tøraasen.​

Norwegian Church Aid and partners are now mapping the damage after the earthquake in the areas we work in, in the counties of Grand Anse and Sud. The main focus on our part will be on water, sanitation and hygiene.