A new life behind safe walls

Over the past two years, Norwegian Church Aid has distributed 1,200 houses to people fleeing the Otash camp in Darfur, Sudan. One of these houses belongs to five year old Reem and her mother. 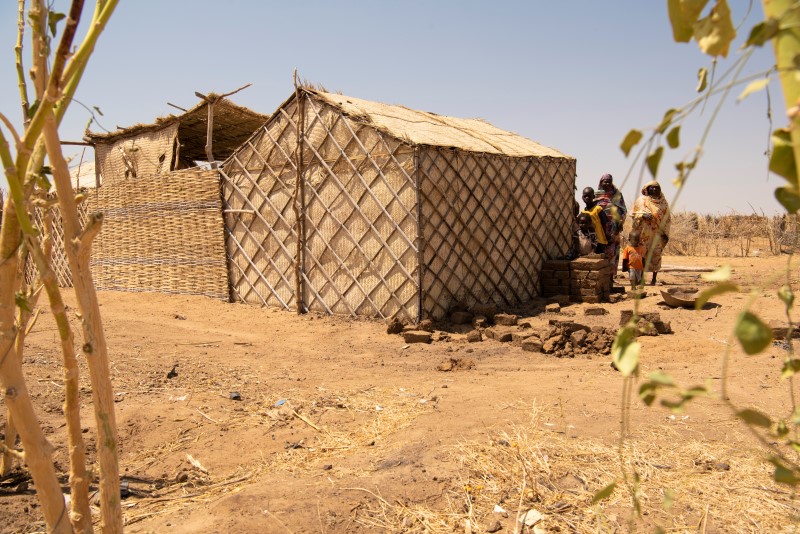 Little Reem is playing with her mother outside the new house they have received from Norwegian Church Aid in the Otash camp in Sudan (pictured above).

- Look mum, here I can put my doll to sleep, little Reem smiles as she shows off the little bed she has made in the corner of the mat. Here she can play away from the scorching sun and the sand swirling around her.

We are in the Otash camp just outside Nyala, Sudan's second largest city. Although it has been 17 years since the war ravaged Darfur, there are still daily conflicts, acts of war and attacks. 56,000 people live here and the number continues to rise.

Reem and her family have just arrived and have moved into two thatched houses, been given sleeping mats and cooking equipment. Now they are setting up fences and planting trees, so that they get even better protection against weather and wind.

They live in an area that has not yet been developed, but is ready to receive new internally displaced persons. 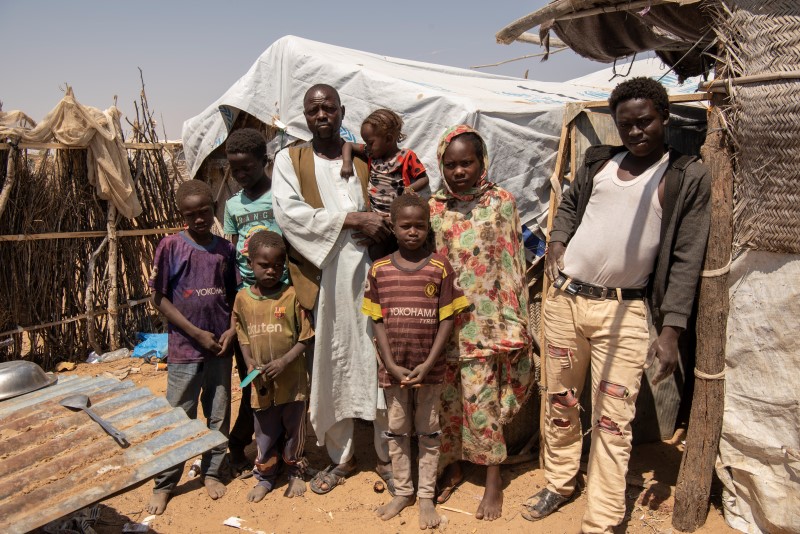 Not far away, Abulakim Abakar Ishag lives with his wife and seven children (pictured above). His son Mohamed is in full swing with cooking. The family lives in a small yard surrounded by a fence. Here, the trees they planted have managed to grow, so that the children can play in the shade and it has become a more established neighborhood.

- We have lived here for five years, he explains. They originally came from Jebel Mara, which was attacked in 2016.

He says that it became impossible for the family to stay.

- We could not live there. During the attacks, the women were raped and the men killed, in the end we saw no other way but to leave our village. It was a dangerous escape.

Picked grain and mixed with water

Together with many from the village, they fled on foot.

- They shot around us. I remember I had our youngest child on my back, while the older siblings had to help carry.

In total, there were seven families who left their farms and land.

- We simply had to go to save our lives. For a week we walked to get here. We walked at night and hid behind trees and bushes during the day.

They did not have enough food or drink.

- We picked some grain on the road which we mixed with water we found along the way, he recalls quietly.

In the village they lived by farming, now he takes odd jobs around the camp to support his family.

- We are safe, but it is a hard life. It is difficult to earn enough money for food and school, he adds. 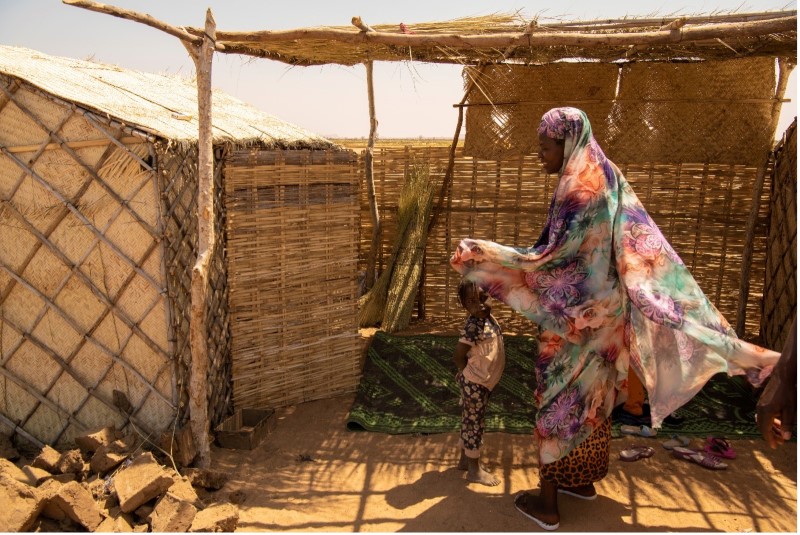