A Threat to Organized Civil Society

A new law in Guatemala threatens to criminalise civil society actors and has the authority to cancel NGOs if their actions are considered to impinge on "public order." Learn more about the situation and how it came about here. 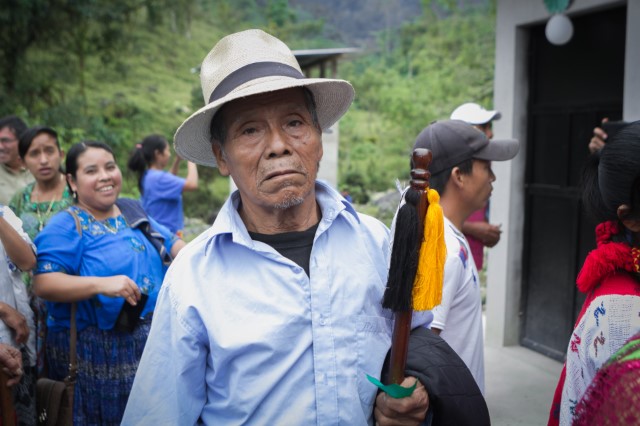 The 25th anniversary of the signing of the peace accords that ended 36 years of Internal Armed Conflict is being commemorated this year. Norway and Norwegian Church Aid (NCA) played a fundamental role at various times by supporting social organizations towards the end of the armed conflict, during the peace accord process, and subsequently, through important contributions to reestablishing the social fabric that had been destroyed by years of war.

Of the 12 peace accords, three were signed in Oslo, regarding the topic of resettling the uprooted population, the establishment of the Historical Clarification Commission, and the agreement for a definitive ceasefire. As Country Representative for the first NCA office in Guatemala, which opened following the emergency caused by the 1976 earthquake, Petter Skauen accompanied several of these key moments in the peace process.​​

Unfortunately, the peace accords were not put into practice, nor did they resolve the structural causes that form the basis of the manifold socio-economic and political problems that persist in the country.

The absence of the state and its inability to provide dignified living conditions for the majority of the population in Guatemala, and the impunity and corruption that permeate the entire system, have severe impacts on people's basic rights, health care, education, housing, food, and women's and Indigenous peoples' rights, among others.

Currently we face a situation of ongoing political crisis and a severe setback in terms of democracy, with the state in a process of consolidating the long-range cooptation on behalf of illicit networks comprised of public officials (congresspeople, government ministers, justice operators) and elements of the business sector and organized crime who act to impede the fight against corruption and impunity.​

Recently, we are witnessing a series of highly concerning events that render the repressive atmosphere tangible.

xamples include the dissemination on social media of anonymous lists slandering human rights defenders; and the arrest of Juan Francisco Foppa, former official with the Superintendency of Tax Administration (SAT) together with a former investigator with the International Commission Against Impunity in Guatemala (CICIG) and 14 other people,  being prosecuted in a case that is clearly a fabrication and an act of political persecution and vengeance.

In another case, the Constitutional Court ordered an investigation of lawyer Alfonso Carrillo, who is prominent for having presented appeals that were decisive in stopping the abuse of power by the Jimmy Morales administration. Another example relates to judge Erika Aifan, among other justice operators who are at risk of being stripped of their immunity and having legal suits filed against them. In addition, certain legislators who are known critics of the so-called "Pact of the Corrupt" are under attack on social media and face legal actions against them to remove them from their positions in Congress. 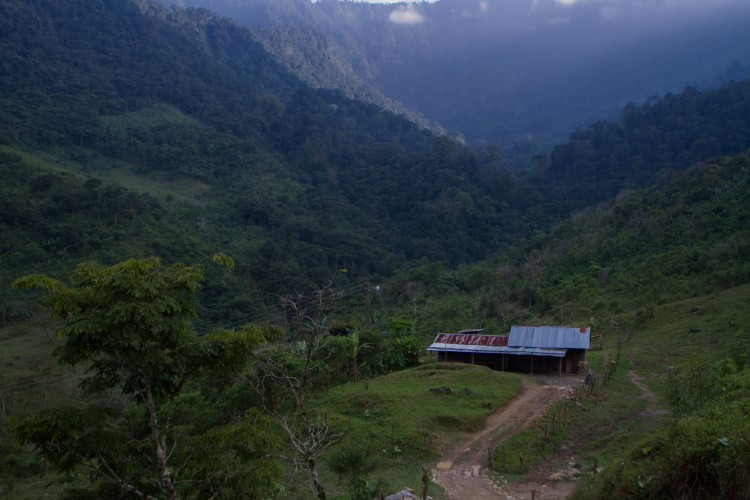 Passage of a law​ regarding NGOs is being sought

Decree 4-2020, which reforms the Non-Governmental Development Organizations Law (NGO Law) was approved in February 2020 by the Guatemalan Congress and then ratified by President Giammattei in March 2020.

The law was announced by lawmakers and the government with the argument that they wanted to promote transparency and combat corruption within NGOs. However, many national and international organizations have noted that the contents of the law is contrary to international human rights standards and international obligations held by the state of Guatemala, and that it entails an unacceptable restriction on the right to defend human rights.

Meanwhile, organizations with expertise in legal analysis have stated that the decree's provisions duplicate the mechanisms to audit organizations fiscally (which already exist); promote processes of criminalization against organizations' members; and limit rights such as the right of association, freedom of expression, due process, and the right of defense, among others. 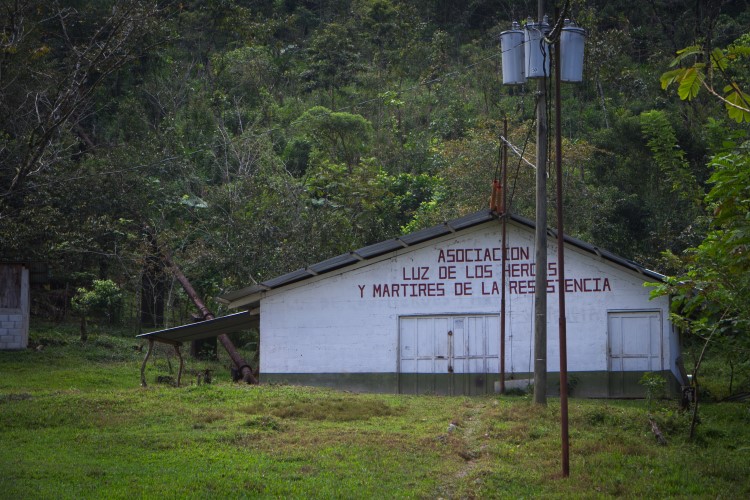 The CC ruled that it was provisional and later, other organizations filed appeals to render the CC ruling definitive. However, on May 12, 2021, the Constitutional Court, whose new members were recently appointed, the majority of whom are considered not ideal for the post, ruled against and definitively rejected the appeals, revoking the provisional appeal issued on March 2, 2020 which, until that time, had prevented the enactment of the law.

The CC justices argued that the regulation did not represent an imminent danger; therefore, this allows the President of the Executive to move forward in ratifying and publishing the decree. It is particularly concerning that the law could take effect so quickly.​

There are different judicial outlooks on what the procedure is at this point, but they all concur that enactment will be a matter of days. On one side, several Guatemalan organizations have presented information extension requests to the court in order to obtain more detailed explanations of the CC ruling. Meanwhile, different Guatemalan organizations are preparing appeals to present to the CC against the law on the grounds of unconstitutionality, to be filed as soon as the law takes effect. However, according to readings by legal experts, these actions will not be able to prevent the law from being enacted and applied while the CC deliberates the appeals on the grounds of unconstitutionality.

Impacts of the law on civil society

The current law will violate a large number of rights and, with the cooptation of the justice system in a consolidation phase, the NGO law will encounter fertile ground for establishing a legal framework that further justifies the existing criminalization against civil society actors and organizations. We cannot separate the topic of the NGO law from other regressive laws that are pending approval (the reconciliation law, the family protection law, among others), nor from the critical context facing Guatemala in terms of the state of law, democracy, and justice.

In terms of the impacts to civil society and rights defenders, attacks aimed at key people in the fight against impunity and corruption continue. Actors and groups are identified as being particularly vulnerable in the sense that they are justice operators, independent public officials such as the Human Rights Procurator (PDH), human rights defenders, Indigenous peoples' movements in defense of their territories, women's organizations, the LGBTIQ population, journalists, and community communicators.

Moreover, while the smear campaigns and hate speech persist, these people, groups, and organizations are at high risk of being criminally persecuted or having their organizations cancelled, since the new law includes the authority to cancel NGOs if their actions are considered to impinge on "public order."

It is also important to mention that the imminent enactment of this law emerges in a framework of the dismantling of public policy around protection, which worsens and legitimizes the attacks against and the criminalization of the right to defend human rights. In recent months, it has been seen that acts of aggression have increased against the lives, personal integrity, and freedom of people who defend human rights, and these acts have gone unpunished.

It is concerning to note that this law could further increase violence and criminalization against organizations and leaders of civil society and the territories, as has already occurred in the cases of defenders Bernardo Caal in the department of Alta Verapaz and Julio Gómez from Huehuetenango, to mention only a couple of cases.​ 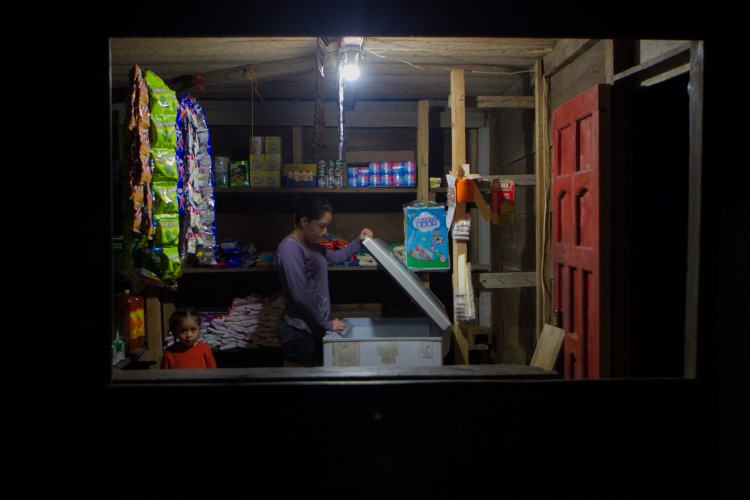 The coopting of the justice system, the NGO law, and other pending regressive laws will facilitate guarantees of impunity for the parallel power structures, the Pact of the Corrupt, and organized crime; could unleash a series of setbacks such as with Indigenous peoples' right to consultation; would give free rein to mega-project investments, reversing decisions made by the prior CC; and would result in impunity related to cases uncovered by the CICIG, for transitional justice among other matters.

With this law, we consider that we would face a concerning scenario involving the cancellation and criminalization of organizations that have contributed directly or indirectly to strengthening the state of law and the fight against impunity and corruption, and this would affect several of the counterpart organizations that we support through the Jotay: ACTing Together Program and NCA.

Reactions and actions by the Jotay​​: ACTing Together Program and allied networks

Several reactions and acts of political pressure have been observed, primarily from political players in the United States, to stop the law's passage; the IACHR issued a statement; civil society actors in Guatemala are meeting and spreading campaigns on social media informing about the dangers of the law; and international NGOs have also delivered statements. The impacts that the law could directly have on the work of international NGOs are being analyzed.

In terms of advocacy, meetings have been held with the diplomatic corps in Guatemala together with the International NGO Forum in Guatemala (FONGI) and the Human Rights Observatory, and a joint letter has been sent from EU LAT network and FONGI to the European Missions in Brussels, the European External Action Service, the ambassadors of Guatemala in European countries, embassies in Guatemala, and some legislators inside countries. The organizations that were invited to a meeting during the recent visit by United States Vice President Kamala Harris (including two program partners) mentioned their concerns about the matter.

We hope that the different actions at varying levels will manage to stop the definitive passage of the law or at least mitigate its negative effects if it is ind​eed implemented.

Pictures are from the new hydropower plants in Guatemala, department of Quiché​, that are part of Jotay`s Clean Energy Programme.