NCA has been responsible for the water at the Hassa Hissa Camp since 2019. Today nine tanks provide water for 56,000 internally displaced people and, thanks to clever irrigation, a flourishing oasis. 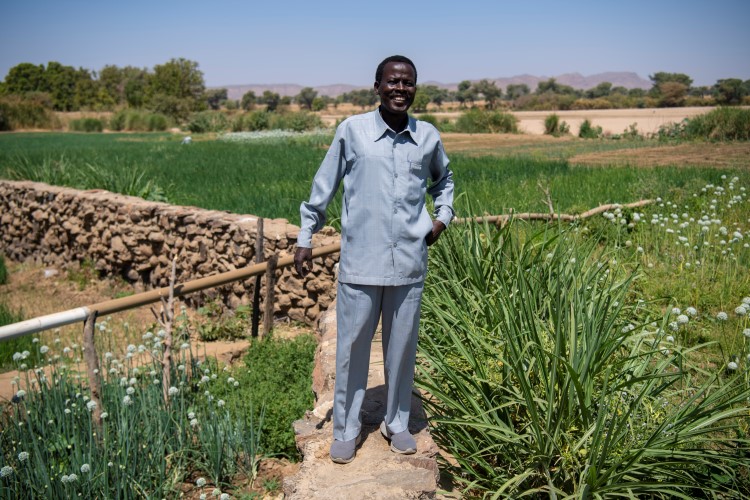 A small, green and lush wonderland that is artificially created because there is a water source under the ground.

He stands on a stone fence among flowers, fruits and vegetables. It sprouts as far as we can see. All thanks to dripping water.

Norwegian Church Aid has been responsible for the water source since 2009. It provides water to 56,000 internally displaced people through nine water tanks inside the camp.

- The water quality here is very good because the source is so close to the mountains. Before, there were many trees around here that protected against floods, but they have been cut down in connection with the conflicts 17 years ago.

The stone fence on which Mukhtar stands was built as protection to prevent the water source from being flooded and polluted by floods.

- Before, it was dense forest that protected the water source. We could not see the mountains behind here, he points and explains. Now there is only sand and a few trees left. 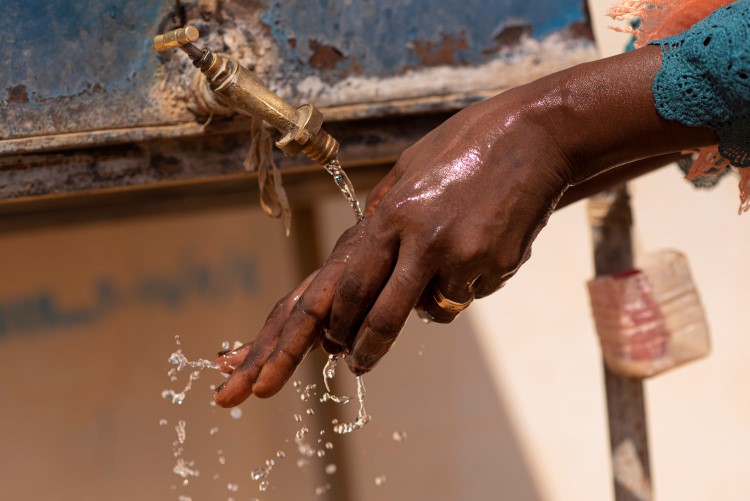 We do not have to go far from the oasis to see what it was like before. Close to the water source is a river that is dry most of the year. The climate challenges in Darfur are enormous. Shorter, more intense rainy season and longer drought periods make it difficult to get anything to heal.

One of the things we did when we took over twelve years ago was to do something about the wastewater. Instead of letting it drip straight into the ground, we built irrigation systems. Now pipes from the water source go out into the fields, so that you can sow and harvest throughout the year, regardless of climate.

- Here you see how the pipe goes to the tomatoes. Over there we have onions, spices and grains, he explains.

In addition to pipes, there are also depressions in the soil into which the water is led. In this way, the water supply can also be controlled.

- Here we get both protection from the stone fence around and enough water to cultivate, he smiles.