For a long period, NCA has been working with farmers in Malawi to make them more resilient to climate change. This has been more important than ever after the floods. 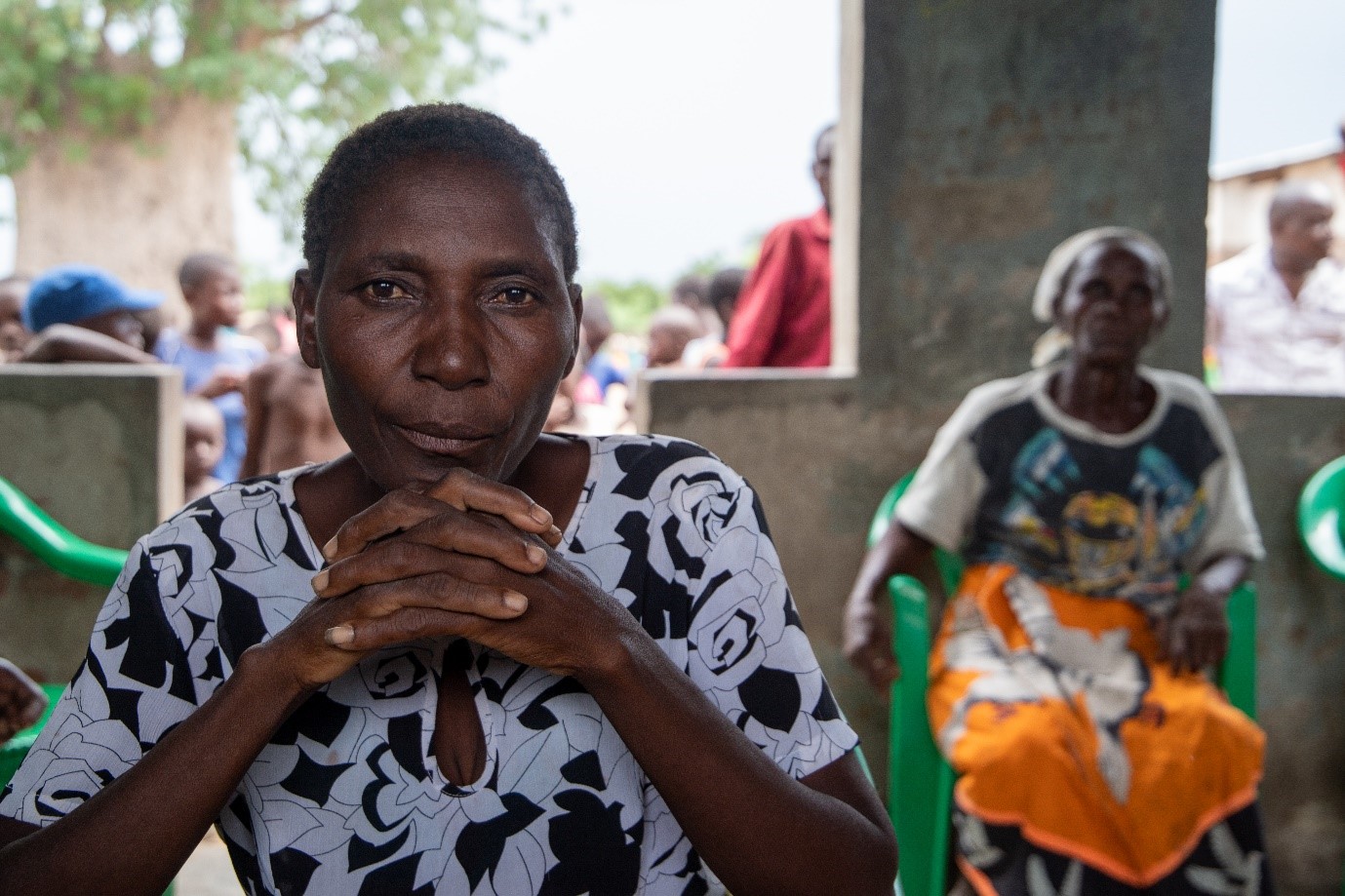 Had to tie their kids in treetops

Scared and terrified, they fought for their lives in the water masses that washed over their villages in January this year. They had to sit in treetops for several days while waiting for lifeboats. Now Malawi is experiencing another flood and food crisis.

"I thought I was going to die. Everything went so fast. One moment I was in my house cooking, the next I was standing with water up to my throat", says Elizabeti Senga.

She is one of several thousand flood victims who lost everything they owned when the storm Ana hit Chikwawa in Malawi on January 24 this year.

Under a large baobab tree in Mchenmsa, many people have sought refuge in the shade of the scorching sun. Some children sit and play mill with stones, while others help to cook from the cornmeal they have been given. Since January, the tree has been the only protection against rain and sun during the day for the climate refugees.

"Women and children sleep at school at night, but we have to clear everything away during the day so that the children can continue their education", Elizabeti explains.

During the day, everyone must be outside, regardless of the weather and wind. At night, they lie so cramped that they are unable to stretch their legs, she says.

For a month she has lived with her children at school. Her home is completely damaged.

In March, the area she lives in was once again hit by floods, this time by the cyclone Gombe. In addition, the war in Ukraine has caused food prices to rise dramatically.

"In just the last three or four weeks, the price of bread in the supermarket here in Lilongwe has tripled. This comes on top of price increases on other basic goods such as cooking oil", says Håvard Hovdhaugen, country director of NCA in Malawi.

During the last year, the price of five litres of cooking oil has gone from about 50 kroner to 160 kroner. When we know that the minimum wage in Malawi is about 500 kroner a month, it goes without saying that this has dramatic effects on many families' finances.

NCA helps over 12,000 people affected by floods. We have for a long time worked with 345 farmers in the region by, among other things, making them resilient to climate change. This has been important in connection with the flood. 100 of them have had their homes destroyed. Of 22 plantations, 9 have been destroyed.

Farmer Mathews Khembo says that the money they now earn on their vegetables will eventually go to rebuilding houses and homes that have been destroyed.

"We started with training and cultivation in September in 2021, and fortunately several of our crops have remained".

Because the farmers now have managed to produce, despite large bodies of water, they have been able to contribute with vegetables to the flood victims.

Through micro-investments, they have bought a simple irrigation system, quality seeds and fertilizer in addition to receiving support from an agronomist.

"Thanks to the training and investment, we can produce good quality vegetables. We hope that it will give us enough income to build up the houses that were taken by the flood", says Khembo. 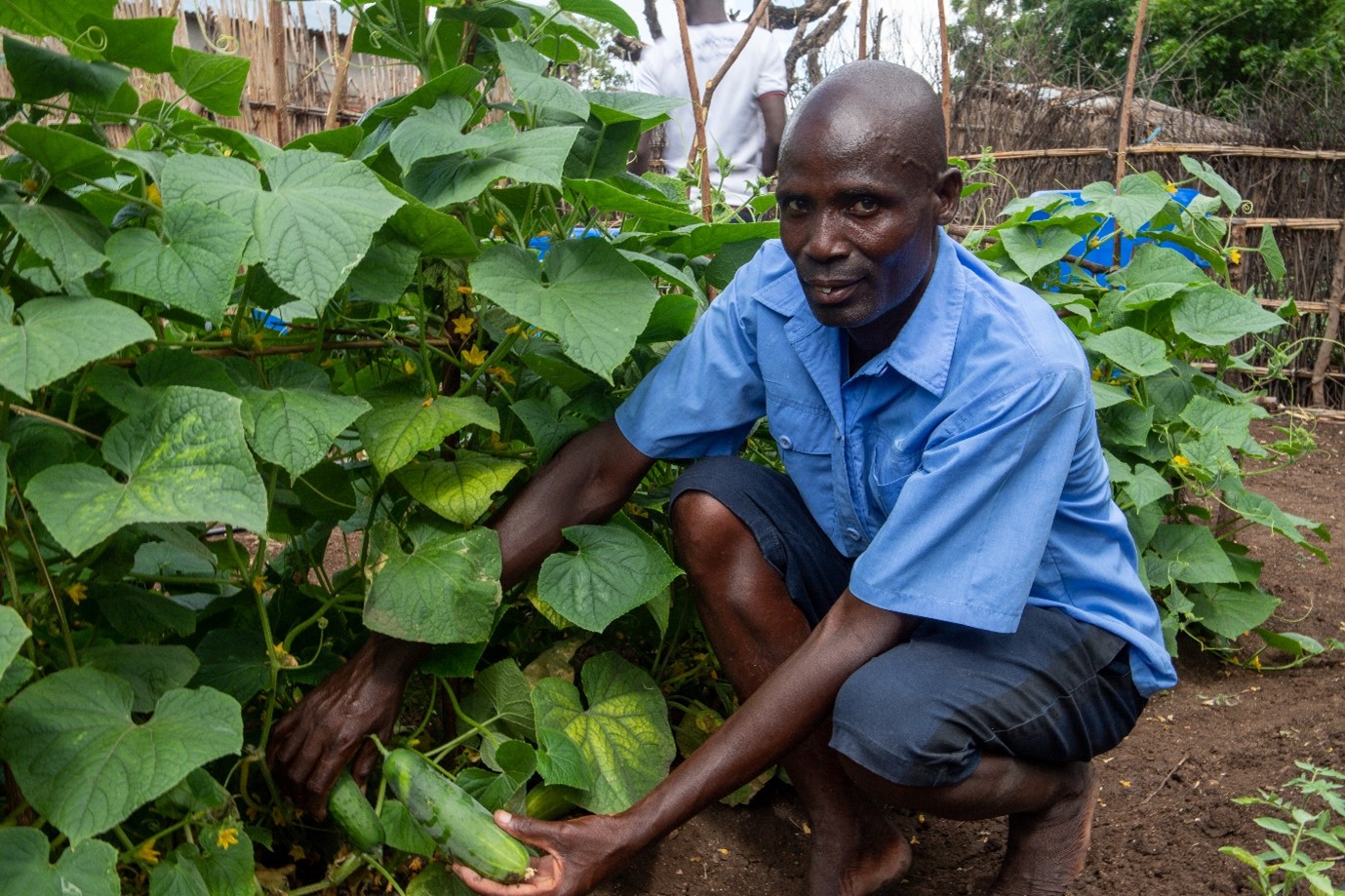 "We are now in an emergency phase, but it is important that we are present here for a long time. It will take months and probably years before these areas are back as they were before the flood", says Håvard Hovdhaugen. He has been in the flood areas several times, most recently during the distribution of equipment to the flood victims. 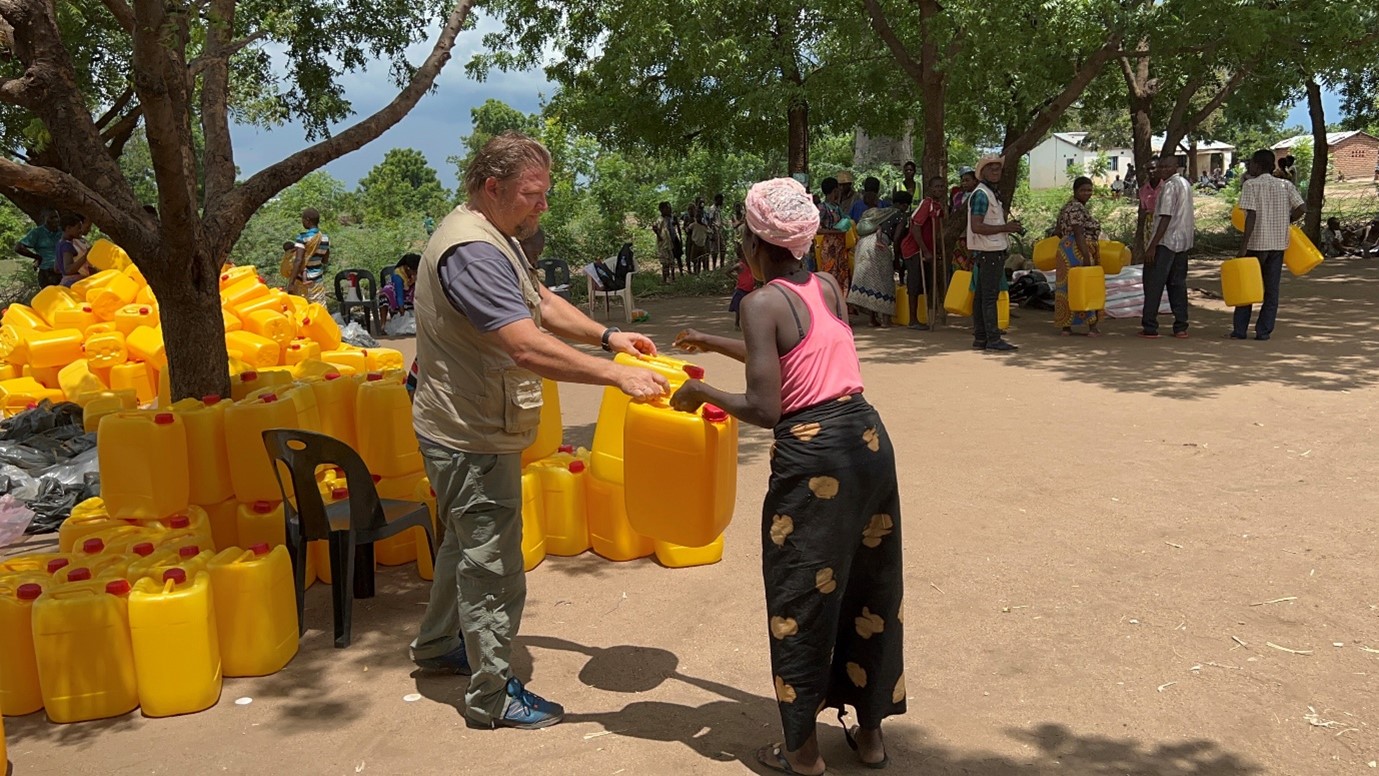 Nearly 85,000 homes were taken by storm Ana when it hit Madagascar, Mozambique and Malawi in January and brought with it heavy rain. 220,000 farmers in six districts were hit hard by the flood. 77,500 crops were destroyed.

Nine camps have now been set up in the affected areas of Malawi. NCA works in six of them. Women and children live in schools, while men live in tents that we have set up. NCA has set up toilets adjacent to the schools. From before, they had to share a toilet in the school buildings they live in.

"We are incredibly happy that we now have toilets adjacent to the school we live at. It was incredibly challenging that so many had to share the worn toilet at school", says Elizabeti.