Beirut- On the verge of collapse

More than half of Beirut's population now lives below the poverty line. After the explosion, many are homeless, and the food shortage is huge. NCA works hard every day to meet major humanitarian needs 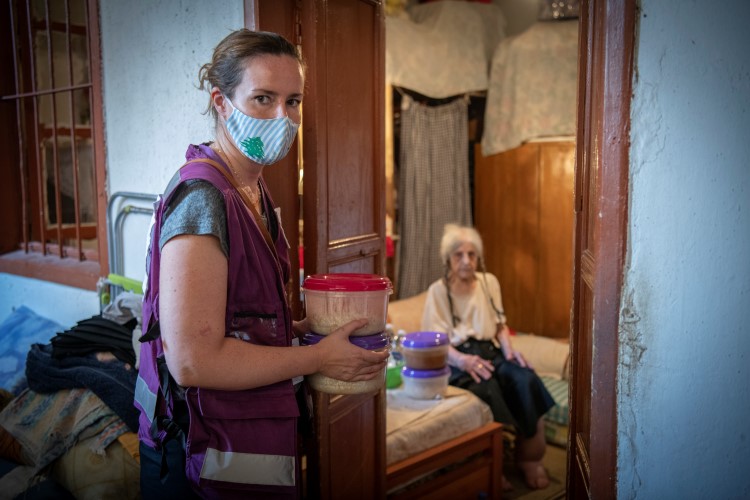 Nothing to live on

The smell is strong, and the cockroaches crawl around the tiny apartment. 90-year-old Karma Hrayni and her 65-year-old disabled son Nabil have basically nothing to live on, but they are getting some help from the local church, and a couple of neighbours in the poor neighbourhood of Karm el Zeitoun in Achrahfieh in Beirut.

After the catastrophic explosion that destroyed large parts of Beirut, NCA now ensures that Karma and her son receive hot meals three times a week. Karma expresses great gratitude for the help she receives.

When the fatal explosion, which killed at least 172 people, hit the city on August 4th, Karma was sitting outside her apartment. She was blown into the wall by the huge pressure that destroyed the windows and water cistern in her apartment. The windows are now covered in plastic. She is waiting for helpful neighbours to help install new ones.

The food shortage is huge in Beirut and many have neither access to food nor the opportunity to cook because their homes have been destroyed. That is why NCA provides hot meals for those hit hard by the explosion. 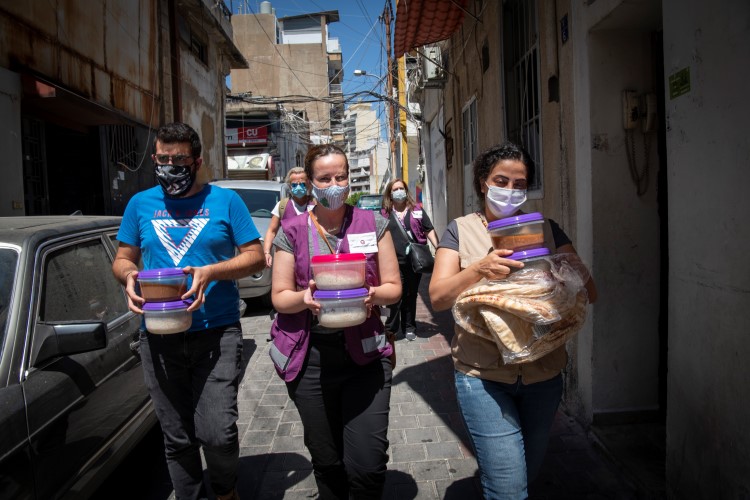 Marel Berbarian (65) became a widow just a few months ago, and still mourns the loss of her husband. On August 4th, she was at home with her two daughters in the frugal apartment on the 5th floor in downtown Beirut. Then came the explosion. Doors and windows were blown in, furniture and other fixtures were thrown around. Marel and one daughter sat on the opposite side of the wall facing the harbour, where the catastrophic explosion took place, and managed ok. The other daughter sat on the roof and was blown with full force against the wall. She suffered minor physical injuries but is still severely traumatized.

"I lost my husband and would not have managed to lose one of my daughters", says Marel and rubs her eyes. A good neighbour who lived in the neighbouring building was also on the roof. He was taken by the huge pressure wave, fell five floors and died instantly.

The apartment is still so ruined that Marel sleeps on the roof under simple tarpaulins. She does not know what to do if she does not get help to repair the damage before the autumn cold comes. She lives on almost nothing, but now receives a hot meal from NCA and our local partner IOCC three times a week.

"It is nutritious and delicious food. I am so happy and very grateful", says Marel putting her hand to her heart. 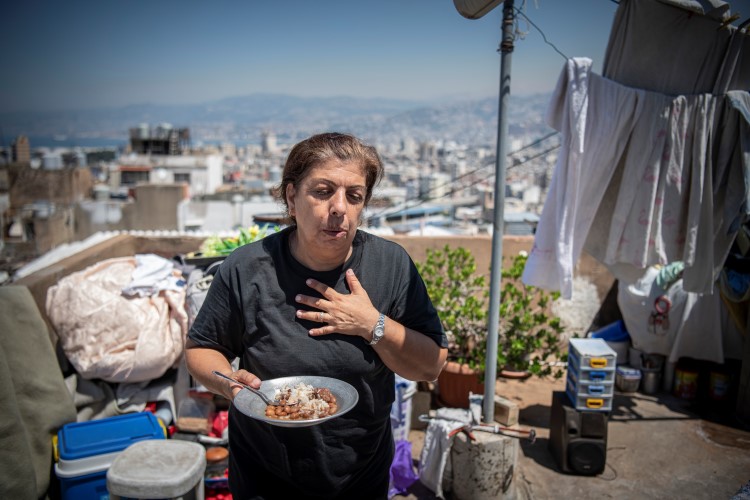 Lebanon was already in a deep crisis before it collapsed after years of economic mismanagement and corruption. The country, which already houses 1.5 million Syrian refugees, has been hit hard by poverty, conflict, the pandemic, and the economic and political crisis.

The number of cases of COVID-19 has doubled in Beirut after the explosion, and many are facing a much tougher everyday life. NCA also helps to provide shelter and distributes hygiene items.

"We have a collective responsibility to contribute to the reconstruction of the civil society, to support the people who live here and who now feel anger, bitterness and frustration over the desperate situation Lebanon is in. Across religious borders, people want answers on how this could happen, and whether politicians can come together in the construction of a stable country", says NCA`s Country Director Benedicte Næss Hafskjold.

NCA has been working in Lebanon since 2013 and are helping the most vulnerable people, those who lack clean water, food, and a safe place to live.​​​