"Drought is about to become the next pandemic, and there is no vaccine that can cure it"

The UN warns that drought will cause as much damage as COVID-19. NCA`s work and photos are featured in an important article published in the Norwegian newspaper VG. 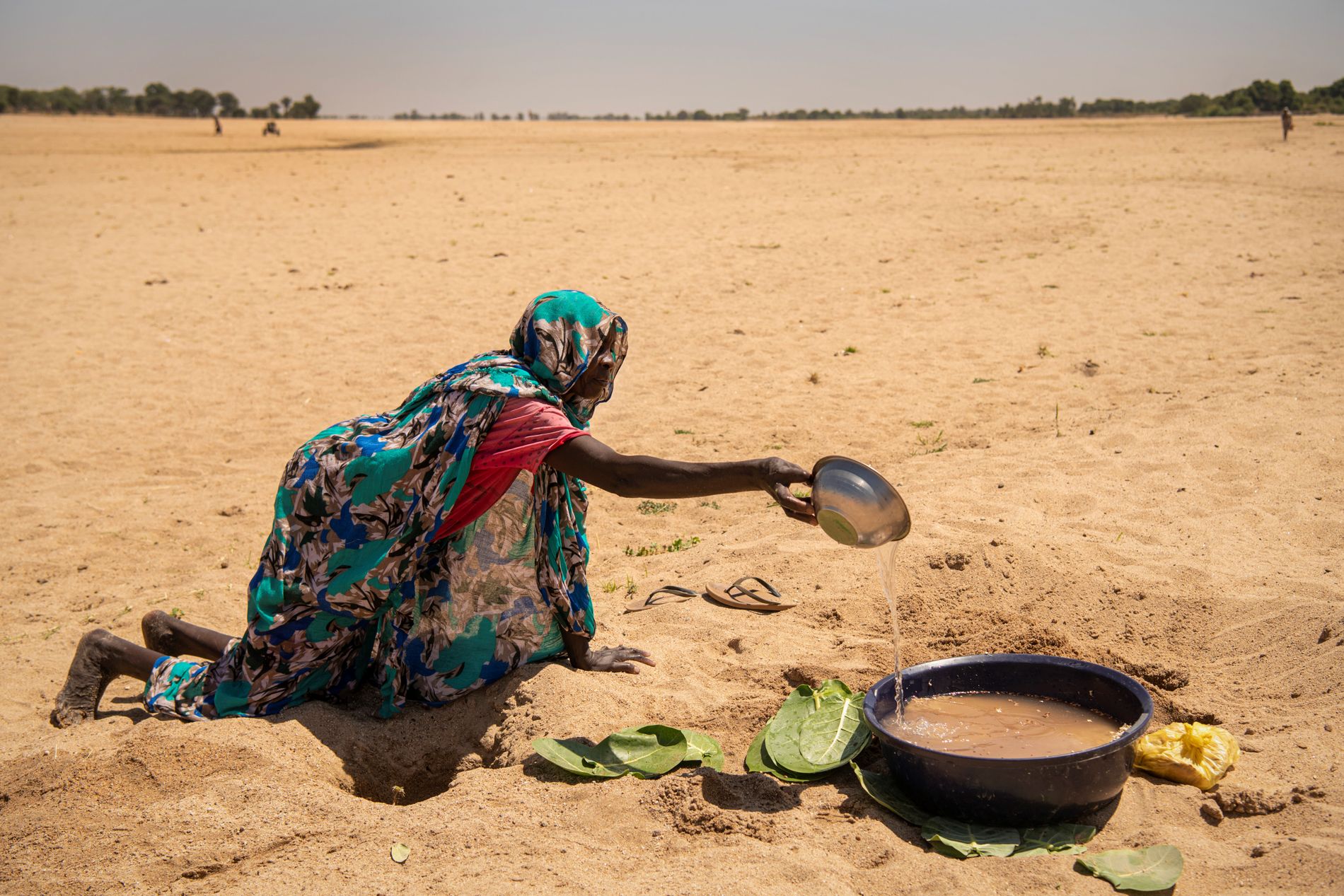 The little that trickles out of water when digging is brown, but Kaltuma Mohammed Umer (70) says that the river flooded when she was young. Photo: Håvard Bjelland / Norwegian Church Aid.

At the riverbed outside Zalingei in Darfur in Sudan, a crooked elderly woman on all fours is lying on the ground while her shawl flutters in the wind. In front of her she has a barrel which she fills with the last drops of water from a pit in the sand.
- I have seen climate change up close, and it is more difficult than ever for both us and our animals to survive, Kaltuma Mohammed Umer (70) tells Norwegian Church Aid, who has provided photos and quotes to VG.
Kaltuma is one of many affected by the fact that drought is increasing in step with global warming.
The UN warns that 130 of the world's countries will be affected by drought if current emissions figures are not reversed (ie a so-called "high-emission scenario"). Between 1998 and 2017, 1.5 billion people were affected by drought, according to a new report by Reuters. 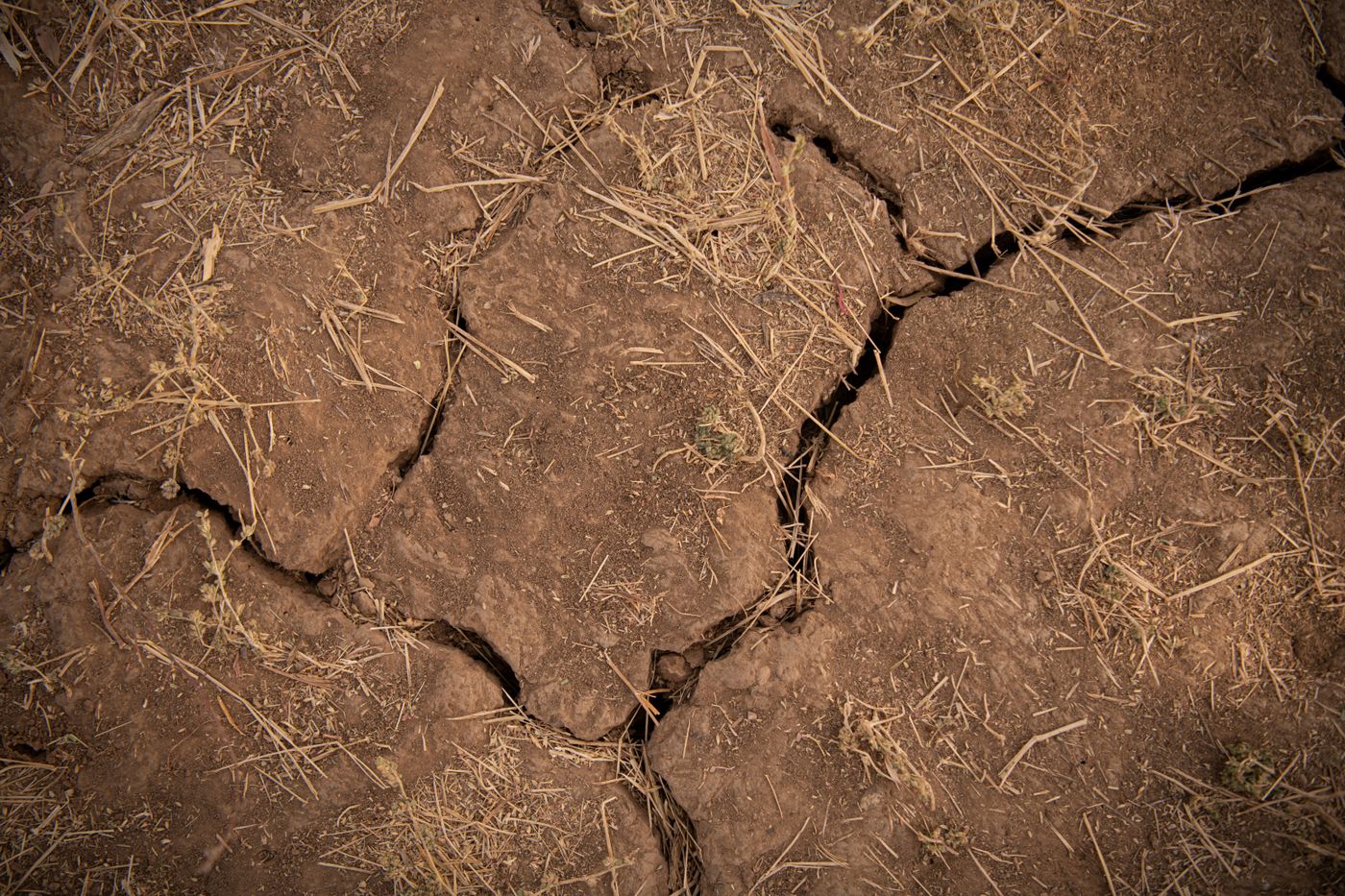 In Darfur, they are used to periods of drought, but they have become more frequent and more prolonged. Photo: Håvard Bjelland / Norwegian Church Aid.
"Drought is about to become the next pandemic, and there is no vaccine that can cure it," said Mami Mizutor, special rapporteur at the United Nations Office for Crisis Reduction (UNDRR).
The UN expects regular droughts in most of Africa, large parts of central South America, Central Asia, southern Australia, southern Europe, Mexico and the United States.
Drought will create migration, also internally in Europe, and as much as 40 percent of agricultural imports to EU countries can be harmed by drier climates, writes Nature. 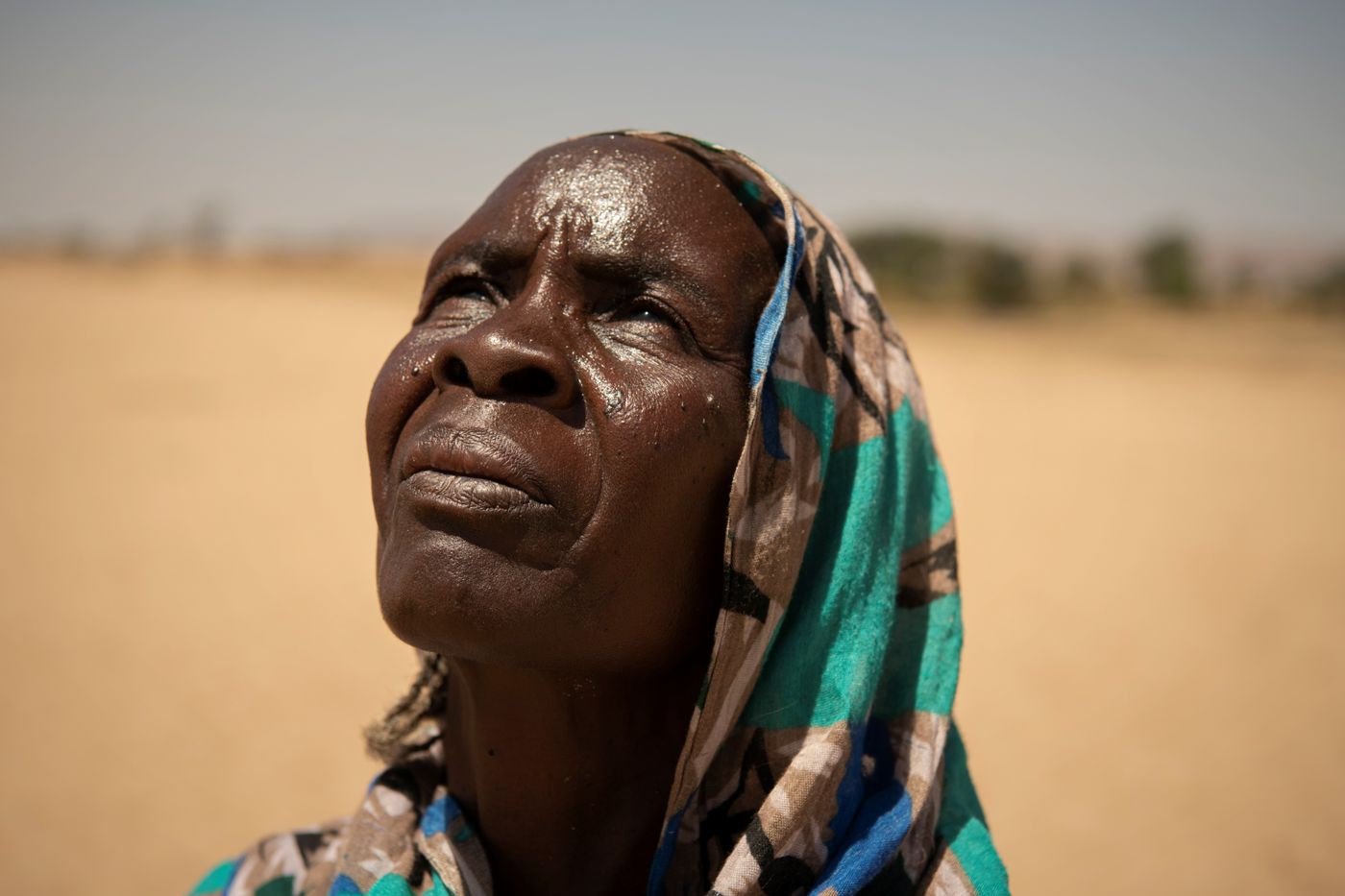 NO SIGNS OF RAIN: Kaltuma Mohammed Umer looks at the sky, but there are no rain clouds to be seen. Photo: Håvard Bjelland / Norwegian Church Aid.
In Sudan, they are used to drought, but Kaltuma, who has lived by the riverbed all his life, has seen the gradual deterioration. A few decades ago, there was water in the river almost all year round. Now it is mostly very dry.
- I remember that there was water here at this time when I was younger. Before, the rainy season was long, but now it is both shorter and more intense. It has changed a lot.
The little you get out of digging is brown, like water from a muddy ​puddle.
- That I have so little water makes my life difficult. In addition to a lot of illness. We only have the dirty water to drink. 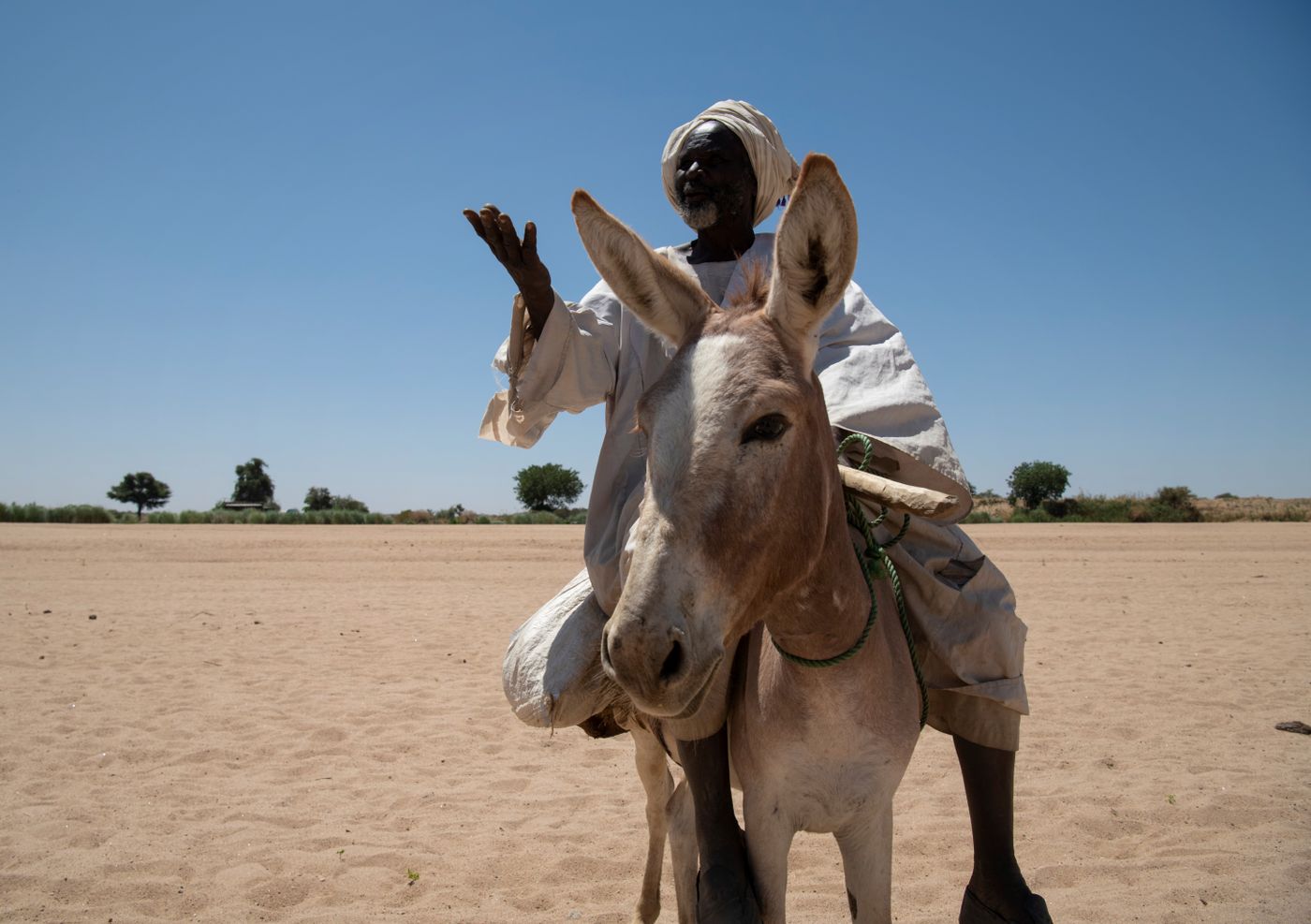 THE RIVER HAS BECOME A ROAD: The dry riverbed has become like a sandy road, which Mohammed Ismel Mohammed (66) uses to get around. Photo: Håvard Bjelland / Norwegian Church Aid.
Before, the whole river was surrounded by trees, but they have been cut down. Now the riverbed resembles a wide and sandy highway that cuts through the landscape.
In the middle of the dry river, Mohammed Ismel Mohammed (66) comes riding on a donkey. He also tells about the changes from when he was little, and saw the trickling water here most of the year.
- As a farmer, I get to feel extra about the harsh conditions of the climate. The river is only getting drier and drier. Before, I could not ride the donkey in the middle of the river as I do now. 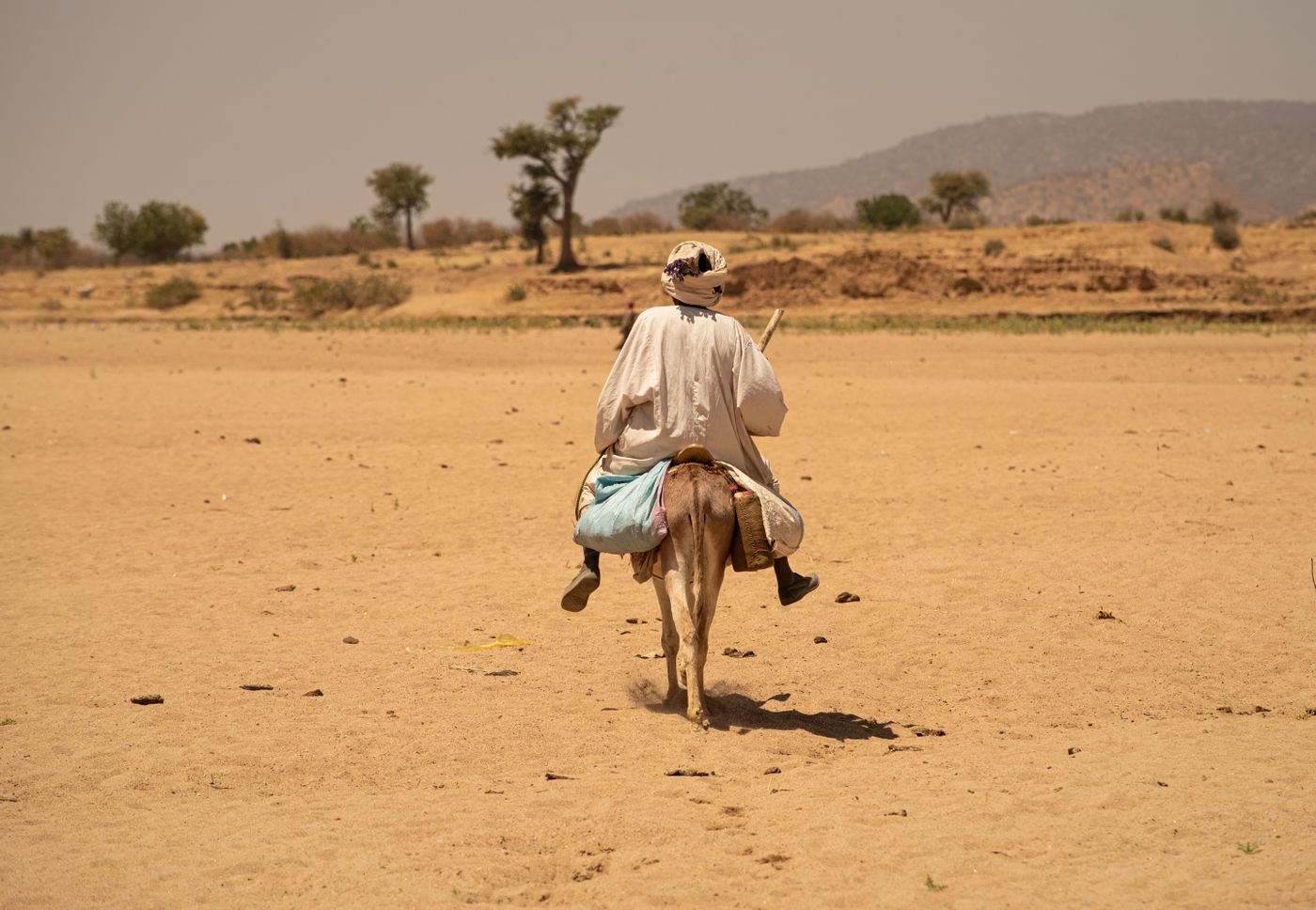 CHANGE: Mohammed Ismel Mohammed rides across the riverbed, where there was water and trees grew along the edge when he was young. Photo: Håvard Bjelland / Norwegian Church Aid​​​.

To read about one of the many ways NCA is responding to this crisis, please read this article.