Innovative solutions to save water

Learn more about how climate smart agriculture is saving hundreds of litres of water each day in the Mumbwa District in Zambia. 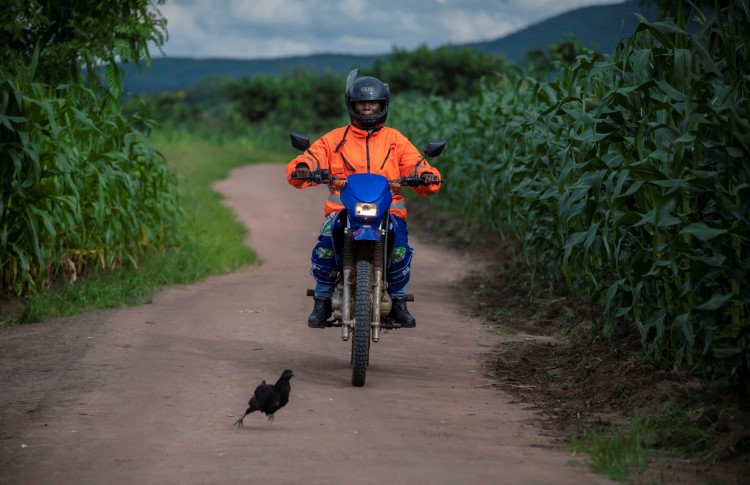 Everyone now knows that we need to save water. As a natural resource, water that we can use for consumption and for growing crops is quickly becoming a scarce resource.  So, to find an innovative solution that since its inception two months ago has saved over eighty percent of water in villages dotted around Nangoma area, Mumbwa District of Central Province of Zambia, is no mean feat.

About 100km west of Lusaka is a Nangoma, a rural area characterised by mainly subsistence crop and livestock farming. The area consists largely of flat, arable land with a few hills dotting the picturesque landscape; the lush greenery and imposing maize, sunflower and soyabean fields testament to the abundance of the recent rainfall.

However, not every field in this agricultural part of the country is lush and green from an expected bounty harvest; some parts have been submerged in water due to the over abundance of rains in this rainy season. Low-lying parts of the area have been flooded, affecting crops and food security for many.

During the rainy season, the farmers rely on the rainwater to grow crops such as maize, soyabean and sunflower. In the dry season, those who have wells or water bodies close by grow vegetables such as cabbage, tomato, okra, and cucumbers. These vegetables are grown as food supplements during the dry season and an income earner.

Recognising the potential for farmers in Nangoma to grow more yields and in the process practice climate smart agriculture, the Making Agriculture a Business (MAB) project, implemented by Churches Health Association of Zambia (CHAZ) and supported by the Scottish Government​ through Christian Aid, initiated this project that aims at reducing environmental impact but at the same time ensuring high yields for farmers. The project also connects farmers to competitive markets for the farmers to realise better profits from their efforts and produce.

Biking away for better yields and bounty harvests

Six bikes zoom across the dusty road bordering the Nangoma Mission hospital, making their way to the tarred main road. The almost perfect curved line the bikers form as the bikes tilt at a curve in the road is a sight to behold, with the bikers in their cool biker gear and helmets. This is a common sight in Nangoma area, the bikers are well known and liked by the communities they serve.

While biking is largely seen as a fun, dangerous and expensive sport/pastime activity, for these young agronomists it is a way to easily and quickly navigate through villages providing extension services for growing better crop yields and better harvests.

The MAB project lets the agronomists use motor bikes to move from village to village, helping the communities to use better farming methods for more yields, less labour and less water.

On sparsely located demo sites, the agronomists in Nangoma are using a drip irrigation system that has small pipes connected to twenty litre buckets. The pipes line the vegetable bed, with drip points situated at the base of the plants. In this way, water is directed at the point of need for the plant and only drips where the plant will receive it fully and effectively.

The MAB project, implemented by CHAZ and funded by the Scottish Government via Christian Aid, is helping farmers adapt to climate change by using innovative methods of growing more and better yields with better access to markets for their produce.