For ten years, religious leaders and activists have campaigned at the world's largest annual mining conferences. Last week in Cape Town we saw that it can take time, but change is possible! 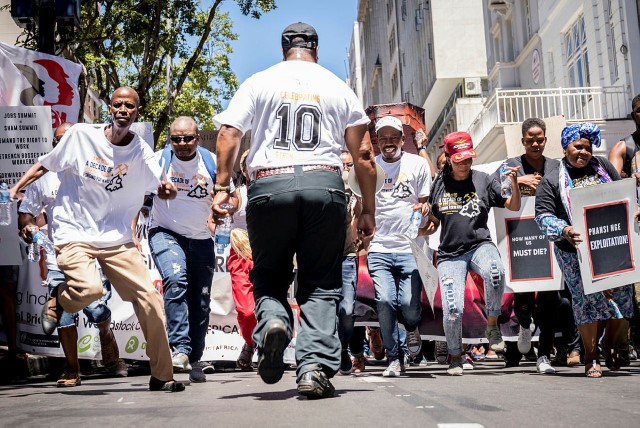 My mobile is becoming dangerously hot and I'm not even sure that I have enough storage space left to film this whole session. But this is a special moment that needs to be documented. This is the first time that the head of a worldwide mining company has come to talk to the activists at the "Alternative Mining Indaba" (AMI) civil society conference in South Africa.

Mark Cutifani is the Director of the mining company Anglo American, the world's largest platinum extractor that operates on all continents with $ 3.2 billion annual turnover. His mining company has forced many people to move from their homes to make room for mining efforts. In other words, there is a nervous energy in the room when Cutifani gets up to speak in front of several hundred mining activists and civil society organizations from thirty countries.

"My dad didn't talk to me for six months when I told him that I was going to work in a coal mine in Australia."

Cutifani knows that he needs to shorten the distance between himself and those sitting in the room. He wants to show that he has also worked on the floor of the industry, to show that he is not just another white man in a suit with power. But the distance between Cutifani and his listeners is great and it's not long before the comments and criticism start coming from the audience: ​ 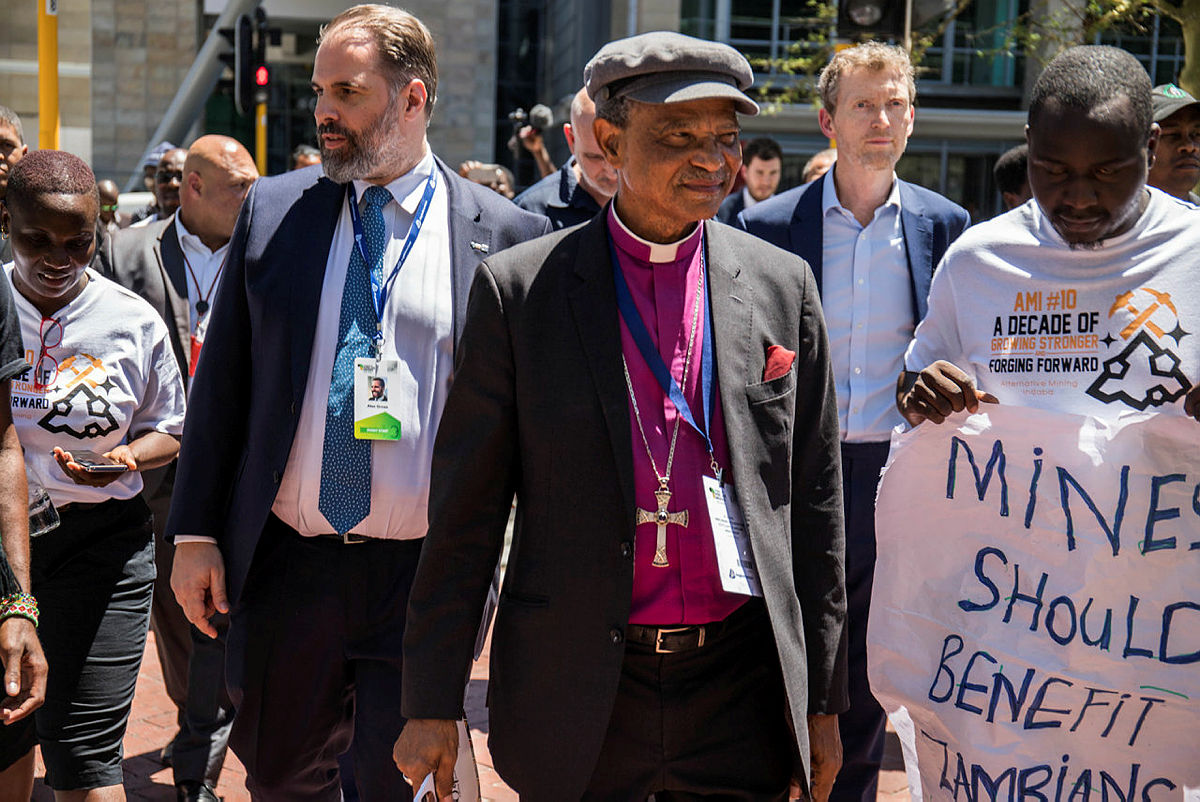 "You say mining contributes to the local community, but we have never seen anything to roads, electricity and development in our community!"

"We believe we have the right to be heard and to say 'no' if the mining occupies the lands we live on! How does Anglo American adhere to free prior and informed consent (FPIC)? "

"What are you doing to ensure that individuals who extract diamonds also sell their precious stones at market prices?"

There are many emotions in the room. Those who are speaking from the audience have themselves experienced losing their houses, having health problems that the mining activities have led to, getting their water polluted and being misled and having promises and expectations broken by mining companies.

"I didn't expect a warm welcome. We have not done everything we said we should do and we have a lot to learn. We ha​​ve a lot to do and a long way to go, but we promise to take responsibility. That's why I'm here now and want to come back to AMI in the years to come, ”says Cutifani.

He brings with him a whole host of advisors who sit and take notes in the first row. One of them will attend the whole conference to listen and follow-up the questions that come.

With a glowing warm mobile in my hand and goosebumps on my arm, it finally registers that I have documented that promise! Anglo American has committed to taking responsibility. And the audience in that room will not let Anglo American forget this.

"Thank you for coming", says Moreblessings Chidaushe, who heads NCA's office in Southern Africa and continues: "This is a tough conversation, but at least you are here. Our authorities, on the other hand, have not taken the trouble to come." 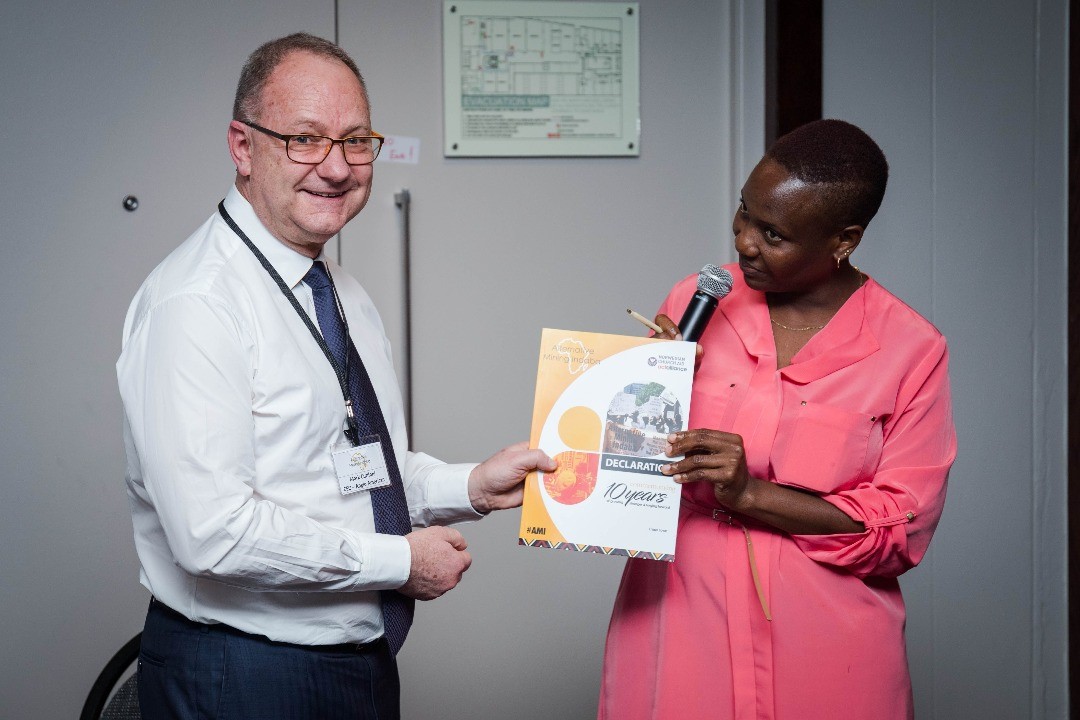 On behalf of AMI, Chidaushe handed over a booklet to Cutifani containing all the declarations published by AMI since 2010.​

At AMI, activists, ci​vil society and religious players are not afraid to keep authorities and companies accountable.

They have met like this for a decade and they have shared experiences, laid strategies and campaigned in the streets with the aim of influencing those who have power.

Where we were previously threatened with lawsuits, there is now a better climate for dialogue than ever before. And Cutifani's​ promises are a clear sign that the movement we have created has also created a movement in the mining sector. 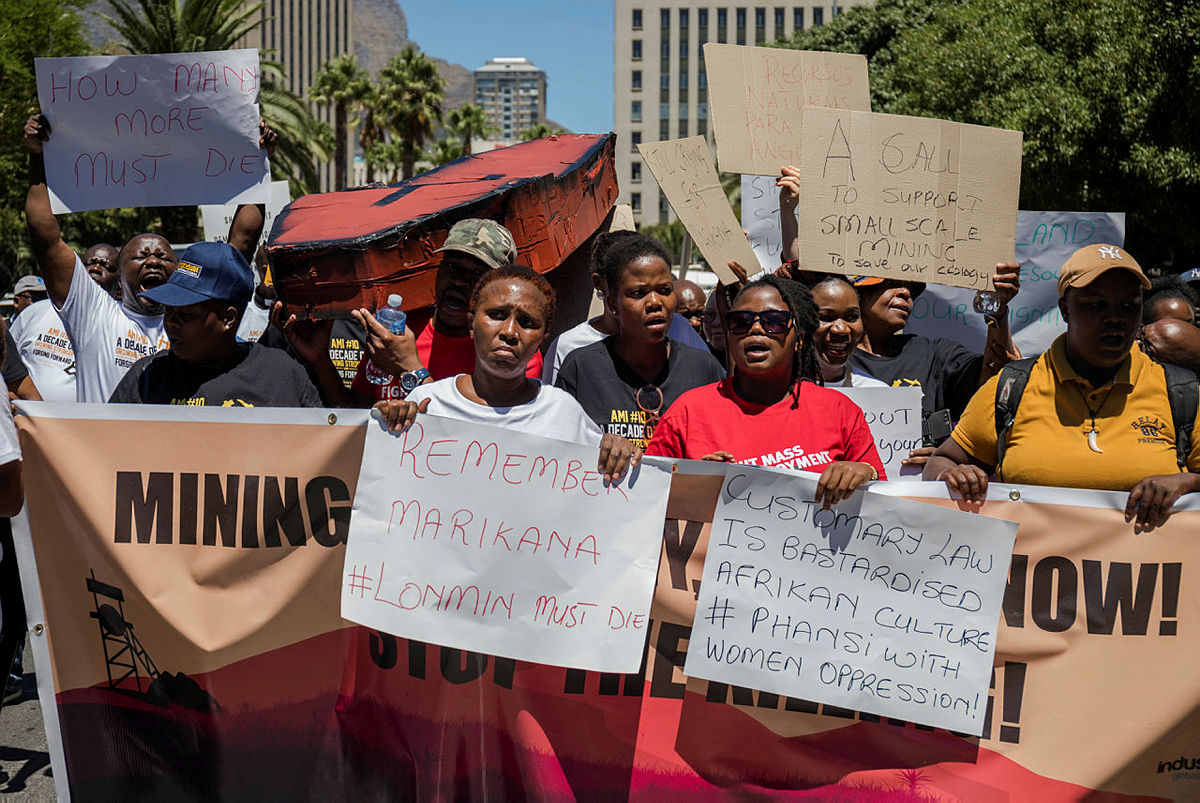 This is a major milestone in our work to keep mining companies responsible for human rights violations and development in local communities affected by mining.​​

With the entry price of NOK 13,000, it goes without saying that there are not many representatives from poor mining communities present at the annual mining conference in Cape Town. But AMI has provided the opportunity for ordinary people to meet and discuss the consequences of mining activities.

Ten years ago, what happened this week in Cape Town, for the leader of a global mining company to attend the AMI, would have been unthinkable. But the strategic work done by NCA together with our partners has created major changes in how the mining sector and local communities talk together.

But what Cutifani say is right, "Mining companies have a long way to go." Fortunately, we are starting to see some of the major players finally planning to start the walk.