Hunger follows in the wake of Corona. Up to 270 million people, more than twice as many as last year. Read the article published in the Norwegian newspapper VG featuring NCA`s work and photos from Håvard Bjelland. 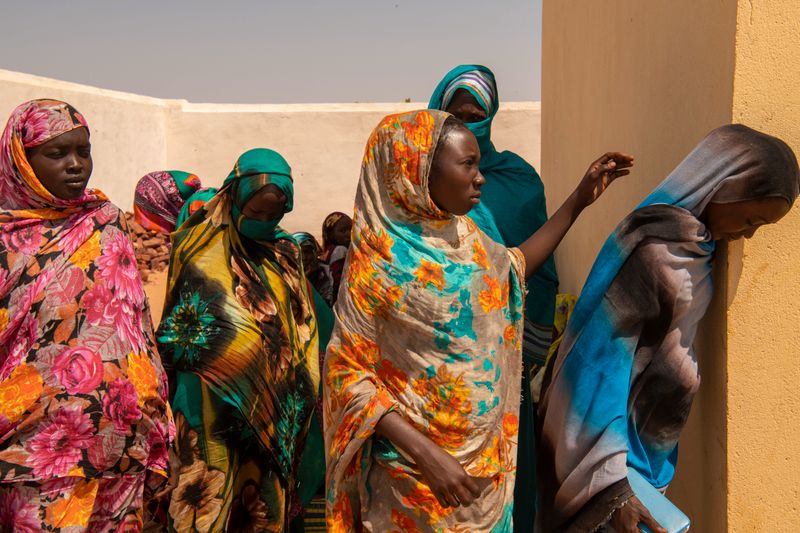 Rawia cries uneasily while the nurse measures around her arms. The measuring tape stops at red where it should have reached the green field. The figures show 11.5 centimeters. To be out of danger, a two-year-old must be at least 13 centimeters around the arm.

Along the benches in the Bilel refugee camp, mothers sit in colorful shawls with their babies on their laps. One of them is 19-year-old Fatima Omer Ibrahim, who is sitting with her daughter, Rawia, on her lap.​​ 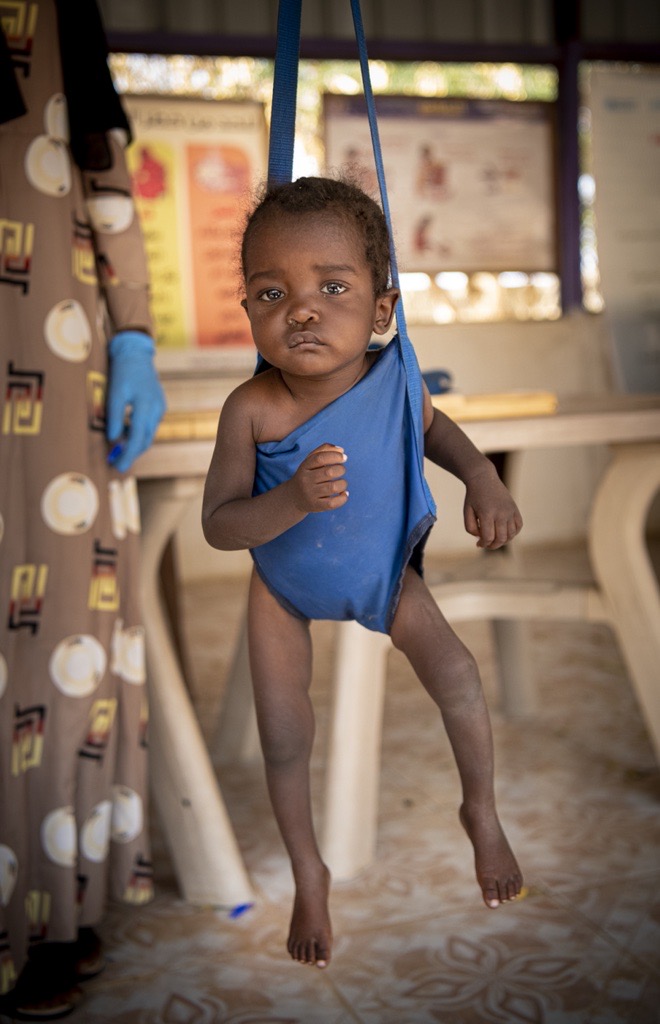 Rawia and her mother travel down to the health clinic every week to be weighed and measured. 2-year-old Rawia sits restlessly in her mother's lap while a nurse measures the circumference around her arm. Photo: Håvard Bjelland / Norwegian Church Aid​

- She gets a lot of fever at night and does not want to eat. I am so worried, says Ibrahim to Norwegian Church Aid, who has passed on interviews and photos to VG.

In the wake of the corona pandemic, food prices have risen sharply, leading to record food shortages. So far, 9.6 million people in Sudan have been affected by acute food shortages. It is the highest number in the country ever.

Norwegian Church Aid traveled to Darfur in Sudan in February to visit one of the health clinics they run in the Bilel refugee camp. There they met Fatima Omer Ibrahim and her two-year-old daughter, Rawia.

Every week, the mother of two travels by bus to the Bilel refugee camp to check the weight and health of her daughter Rawia.

- I hope she recovers soon. It hurts to see her daughter so malnourished, says Ibrahim.

At the clinic, there are separate programs for malnourished children where they receive nutritional food. Children who do not put on weight over time are sent on for examination at the hospital.

About 700,000 children suffer from malnutrition in Sudan annually, according to UNICEF.

The sharp rise in food prices in the poor country may be due to several things, according to the Director General of Norwegian Church Aid in Sudan.

- A combination of drought, floods, climate change and the corona pandemic has made the situation with food shortages very difficult for many, and therefore prices have increased, says director of Norwegian Church Aid in Sudan, Berte Marie Ulveseter to VG.

The UN has previously warned of serious consequences of the growing food shortage. Due to corona restrictions, it has become more difficult to get to the areas where food shortages are greatest, wrote The Guardian last year.​

- The high inflation in the country, which is almost up to 300%, means that food prices continue to rise. Basic goods such as wheat flour and sorghum have risen sharply in price. This has led to increased hunger and financial vulnerability, says Ulveseter in Norwegian Church Aid.

In March, world food prices rose for the 10th month in a row, writes Aljazeera. This is the highest level since June 2014.

- Now there are twice as many who are affected by hunger, as before the pandemic. It's very serious. World leaders, business and organizations must act to stop this development, says Dagfinn Høybråten, Secretary General of Norwegian Church Aid.

- Must put in place climate measures

- Good climate measures must be one of the long-term measures to ensure access to water, Ulveseter says.

She explains that both long-term and short-term measures must be in place to bring about lasting changes in the food shortage problem in Sudan.

The published article in VG can be read here.