NCA is engaged in advocacy towards vaccine equity, both in Norway and on a global level together with the ACT Alliance. 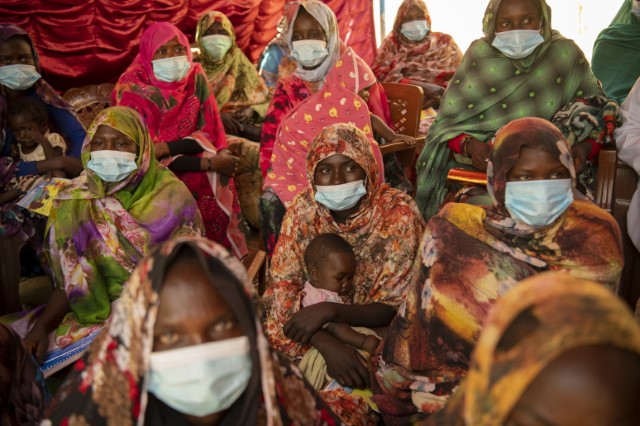 In Norway t​​here is a vaccine working group among the Norwegian NGOs that works regularly to provide common advocacy messages to the Norwegian government.

Recently a joint letter was sent to the Norwegian Government co-signed by the Secretary Generals of NCA, Caritas, Norwegian Refugee Council, MSF Norway, Save the Children Norway, and Norwegian People’s Aid. Here is that letter:

"The United States has at short notice asked state leaders, civil society and private business to make a concrete contribution to ensuring that 70 percent of the world's population is vaccinated by September 2022.  The US summit comes at a time when several deadlines and political promises have already expired.

The WHO set a goal that by September this year, 10% of the population in low- and middle-income countries should be vaccinated, and we should be well on our way to rolling out vaccines on a much larger scale. At least that was the idea when the global vaccine collaboration Covax was formed last year.

Instead, we have seen vaccine nationalism, and a system in which rich countries stock up on vaccines they do not need, or may need for a while. The production of vaccines is increasing month by month, but the vaccines do not find their way to the countries with the greatest need.

While rich countries have vaccinated large sections of their population, talking about reopening, the third dose and even the fourth dose, many countries have barely started vaccinating. Every minute, three children lose their parents or caregivers to Covid. The pandemic is far from over.

The skewed distribution is striking and deeply unfair. Only 1.9% of the population in low-income countries have received a vaccine dose, compared to 63.5% in rich countries. The poor countries have not even had vaccinated health workers and vulnerable groups vaccinated.

Before the summer, we made a clear call to the government to share vaccines, work to remove barriers such as patent restrictions and trade barriers, provide vaccines to people in need and invest in universal health services. The Norwegian Minister for International Development, Dag Inge Ulstein was recently able to report that Norway has now donated over 1 million of the 5 million doses we promised to share, and contributed funding that will secure over 30 million doses to low- and middle-income countries. It sounds good, but unfortunately is not enough.

Since June, when the leaders of the richest countries met and made promises to share 554 million doses, about 1 million people have died from corona. Three months later, only 16% of the doses are still divided.

In international circles, it has been mentioned that rarely have the rich countries promised so little, and delivered so miserably. Biden's summit is thus a second chance for world leaders to show the rest of the world that they want to share the vaccine - and turn big words like "no one is safe until everyone is safe" into immediate action.

Ulstein also argues that we should wait with booster shots in rich countries until those that are vulnerable in low and middle income countries are vaccinated.  A new opinion poll shows that 3 out of 4 Norwegians want to postpone a third dose for six months to ensure vaccines to countries with a low vaccination rate. Norwegians care about the world's lack of access to vaccines. The government should listen to this - it is time to send as many vaccines as possible where the need is greatest.

We therefore ask the​ Norwegian government to join in:

The WHO has set a goal that 40% of the world's population will be vaccinated by the end of the year and 70% by mid-2022. Countries with a high vaccination rate and large access to vaccine deliveries must immediately share Covid-19 vaccines through Covax with countries low vaccine coverage. The plan must show concretely how the goals are to be achieved.

In many countries, health infrastructure is poorly developed and the ability to carry out effective vaccination is correspondingly poor. It is therefore not sufficient to make vaccines available, in some poor countries one must also invest in health infrastructure so that the vaccination program can be rolled out and reach everyone. This will also facilitate the implementation of national campaigns to counter vaccine resistance.

Ensure knowledge sharing, and require and facilitate the active participation of pharmaceutical companies and other developers of Covid-19 drugs in technology transfer to ensure the upscaling of production capacity, achieve more affordable pricing, and equitable access to vaccines and drugs.

Support WTO proposal for a temporary exemption from intellectual property rights under the TRIPS agreement for Covid-19 vaccines and other medical technologies accommodations for the pandemic are under control. Once an exemption is agreed, countries must also incorporate the exemption into national law and then coordinate with others to use global supply chains to produce and distribute Covid-19 vaccines and other health-related products.

Elderly people, people with disabilities, minorities, the undocumented, travelers, refugees and IDPs face barriers to getting vaccinated and lack good information. For many, it is about a lack of national ID papers and preventing them from registering. Humanitarian principles must be upheld in vaccination and no vulnerable groups must be excluded or forgotten.

We hope that the job of fi​ghting the global pandemic will gain more momentum, because we need action and justice NOW. 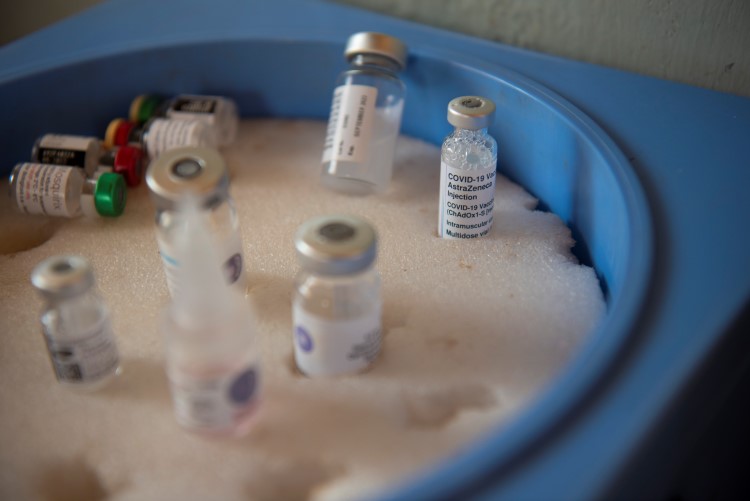