The bombs have subsided and Gaza is in shambles, but a group of young volunteers remind us that there is always hope. Learn more about what is happening from the article published in VG featuring one of our DCA / NCA colleagues. 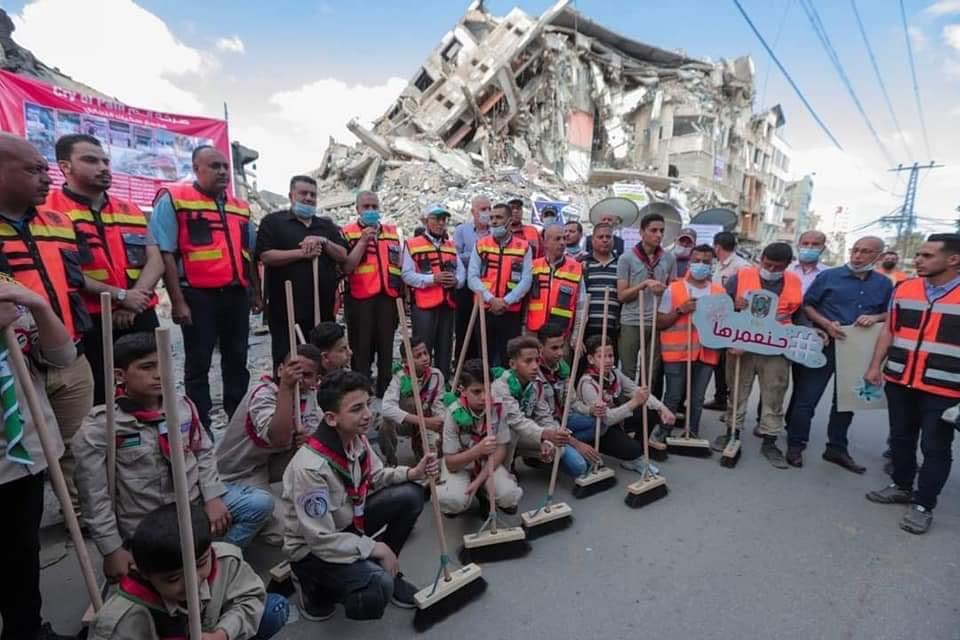 Youth volunteers chant "We will rebuild" as they line up to help clear the streets of Gaza. Photo credit: NCA/DCA.
Sobhiya Al-Molla (60) (pictured below) ​sits in a tent outside a bombed-out house in the town of Beit Lahiya, north of the Gaza Strip. She is the mother of one of the more than two hundred Palestinians killed during the week-and-a-half-long war between Israel and Hamas.
- Thanks for the ceasefire, without it we would all have been dead. All our lives we have lived with war, war, war, says Sobhiya to VG's freelancer in Gaza.
- But in a few years, maybe five or six, there will be a new war. We do not escape, she says resignedly.
The 60-year-old woman owns one of six destroyed apartments in the building, but says she does not have the money to rebuild the home. Both her son, daughter-in-law and three grandchildren died when the bomb hit.

LOST EVERYTHING: Sobhiya Al-Molla (center) and son Baha Al-Attar lost close family and had their homes destroyed. They do not believe in lasting peace. Photo: Sami Abu Salem
In the ruins of the destroyed building, one of the woman's surviving sons, Baha Al-Attar (33), tries to dig up a gas container. It is a potentially life-threatening job, but has said he does not care about the risk.
Baha does not support the ceasefire, he would rather continue to fight.
- With a ceasefire, it never ends. I would rather we have a great war once and for all. It's us or them, he says of the Israelis. 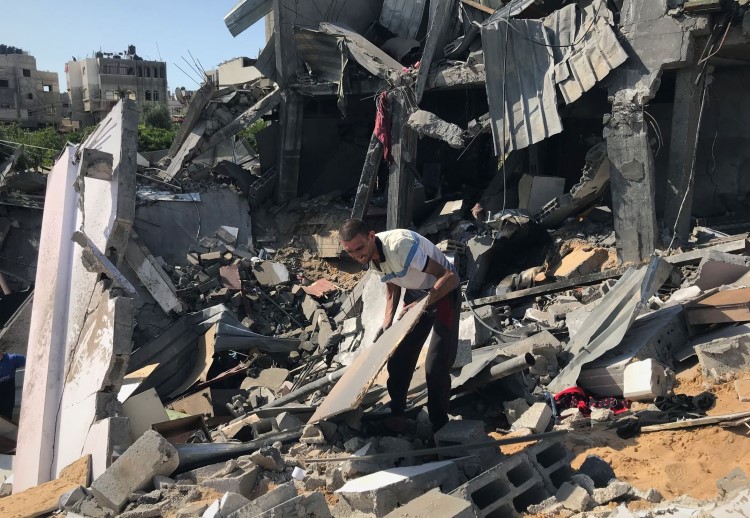 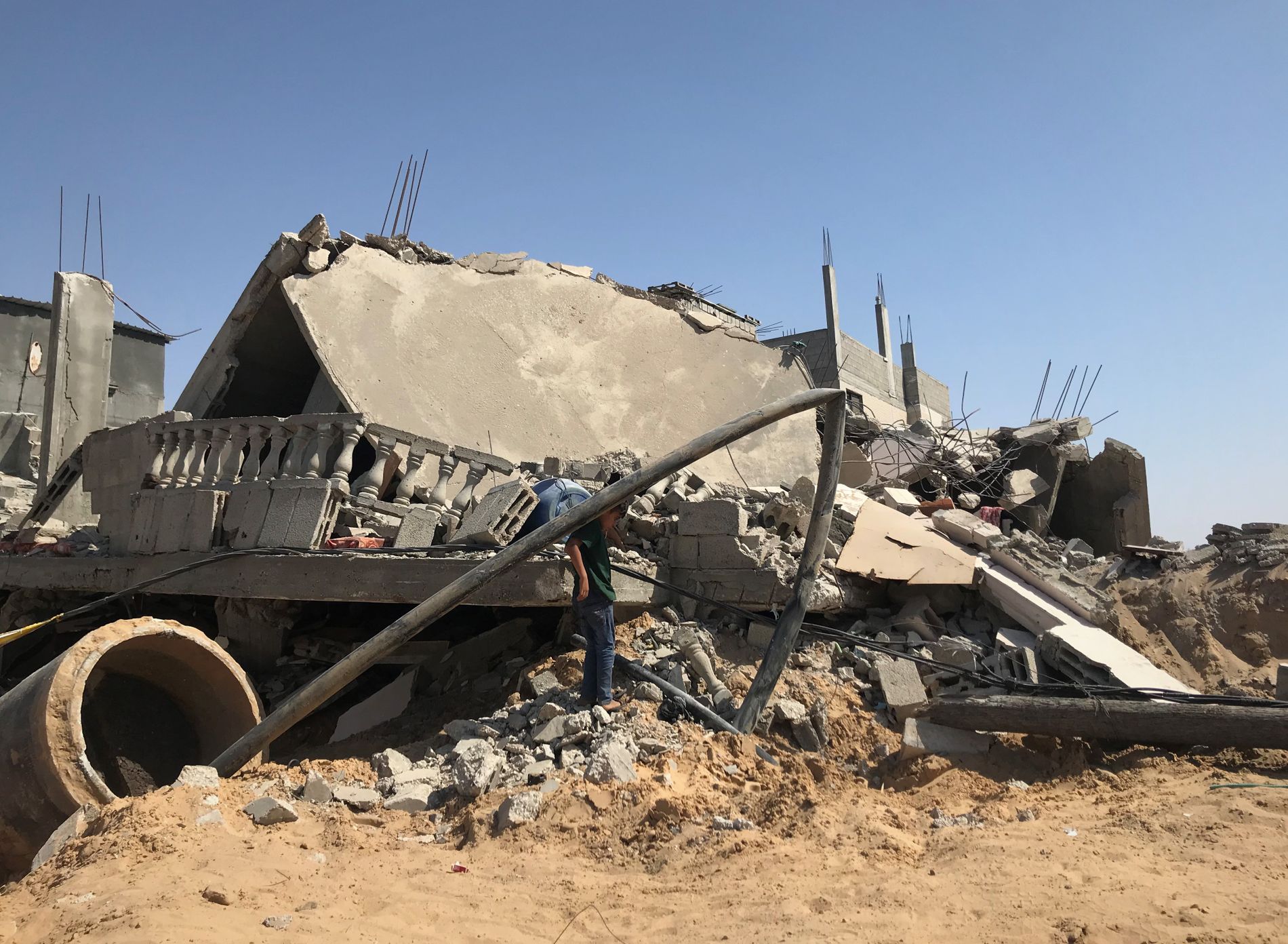 DESTROYED HOUSE: One of the destroyed buildings in Beit Lahyia.

Inside Gaza City, Nidal Hamdouna (41) has become accustomed to sleepless nights, after nearly two weeks of bombings by Israel. Night to Friday, there were other sounds that kept him awake.
- Night after night I have been awake until four o'clock due to the bombs, but last night it was the sound of the party that kept me awake, he tells VG on the phone from Gaza on Friday afternoon.
Hamas, which controls Gaza with an iron grip, called the ceasefire celebration the euphoria of victory. But even though the devastating, and totally uneven, war between the Israeli bombs and Hamas' rockets is over, there is really little to be euphoric about:
Large parts of Gaza are in rubble. More than 60,000 people have been forced to flee their homes. The civilian population was already under heavy pressure - now it is close to disaster.
- The situation is catastrophic, but the people of Gaza are resilient. Last night we celebrated. But now the hard work of reconstruction begins, says Hamdouna, who works for Danish and Norwegian Church Aid. 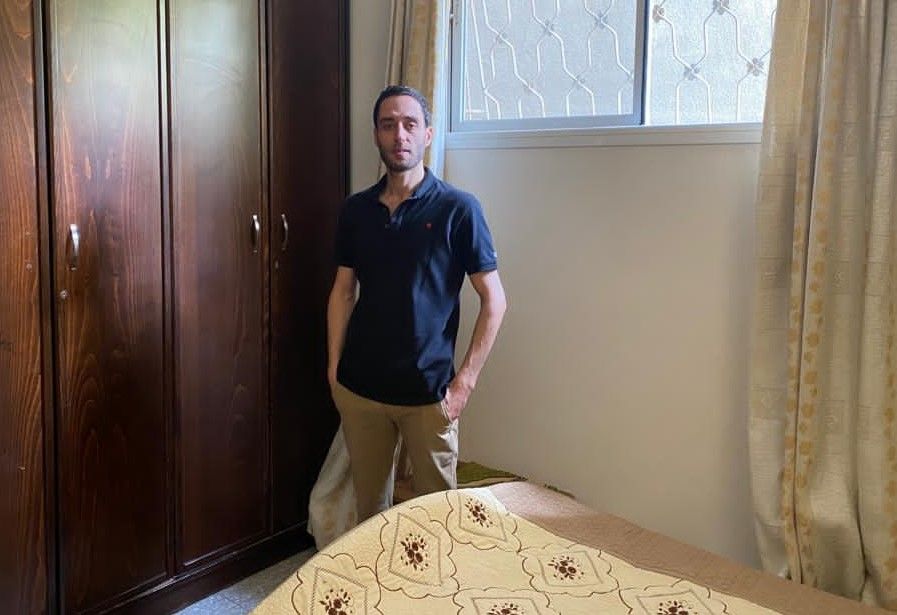 Nidal Hamdouna works for Danish and Norwegian Church Aid in Gaza. Photo: Private
The 41-year-old and the father of four told VG on Thursday, a few hours before the ceasefire, about how he and his family had waited in fear for 20 hours, after being warned of an Israeli bombing.
- Now the needs of the people are enormous. It is worst for the around a thousand families who have had their homes completely destroyed, there are around 6000 people who have nowhere to return to, Hamdouni says.
During the reconstruction, it is a challenge that all imports of building materials must go through Israel, due to the blockade of Gaza. And Israel has strict restrictions on allowing certain types of materials to pass.
- There are things like parts that are needed for water pumps, which Israel believes can also be used to make weapons. There is a long list of restrictions. But I sincerely hope that Israel is more flexible in allowing reconstruction aid to pass quickly.
- It will be good for us, but also good for them, if the civilian population is helped. This will help prevent future conflict.
PS: According to the Hamas-controlled Ministry of Health, at least 243 Palestinians were killed, including 66 children, during the eleven days of the Israeli attacks. Twelve people were killed in rocket attacks from Gaza against Israel, among others.
"We will rebuild!" youth volunteers chant as they line up to clear the streets of Gaza after what was left of the bombing. 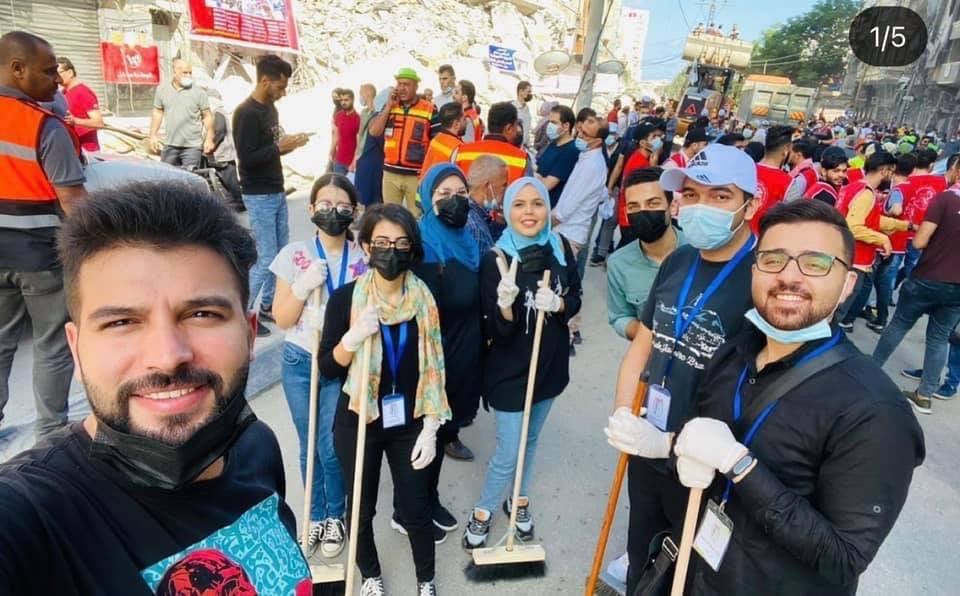 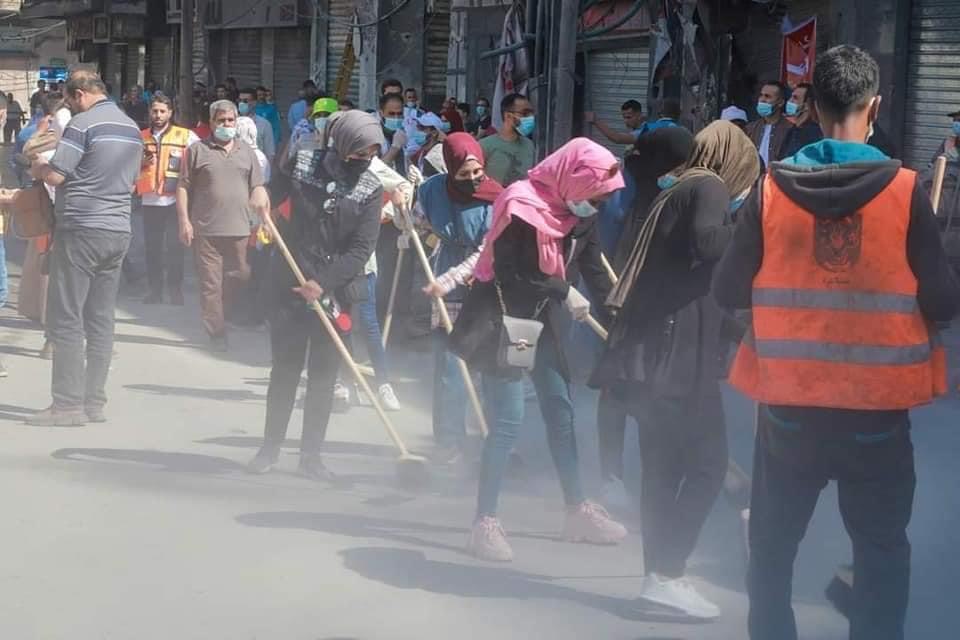 Written by SAMI ABU SALEM and NILAS JOHNSEN, published in VG on the 22. of May.