World Day against Trafficking in Persons

NCA and partners in Malawi use village rallies to raise awareness to help combat the significant challenge of trafficking in persons. 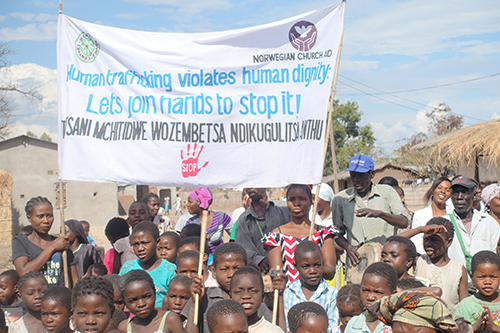 The Ministry of Home Affairs and Internal Security in Malawi have decided to use the whole month of August to focus on trafficking in persons and both government and non-governmental organisations have planned events throughout the month.

Mpondasi is a target area for recruitment of people to be trafficked. Young women are lured into domestic work and sex trafficking, while young boys and girls are taken into child labour, both inside and outside the country.

Human trafficking is a significant challenge that NCA and partners are addressing, and village rallies are important awareness raising initiatives in the efforts to eliminate trafficking in persons.

RAC and WOJAM engaged the local community through speeches, drama, competitions and dances at this rally. A woman also shared her own story about how she was taken away and more or less treated as a slave before she was rescue by a RAC Paralegal volunteer. The volunteer had received information that indicated that the woman was being involuntarily kept and then carefully reached out to her and was able to help her break out from her situation. The woman was able to return to her village and she also received assistance in creating a livelihood for herself.

Her story clearly resonated with the audience as her situation is unfortunately a familiar reality for a number of people in this region.

The participation of the police, immigration office, social welfare and District Council underlined the importance of the concerns raised.

Among other messages, people were encouraged to register for National Identity Cards as a way to safeguard themselves against trafficking. 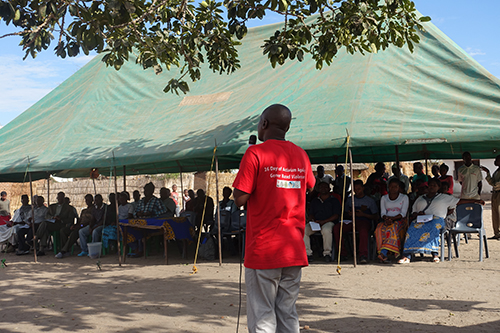