In 2018, NCA Ethiopia and its’ partner, Ethiopian Orthodox Tewahedo Church-Development and Inter-Church Aid Commission’s Refugee and Returnee Affairs Department extended support to close to 1000 vulnerable Eritrean refugees; and urban refugee women and children residing in Addis Ababa. Their vulnerability emanated from the very nature of their forced migration; including border crossing, living in camps, family condition, their exposure to violence and other chronic medical histories, among others.

Below is the story of two women who were forced to migrate from their homes in the Democratic Republic of Congo (DRC) to Ethiopia, while enduring violence as they fled, but also surviving the trauma.

Regaining Self Worth: Esther’s* Story

Esther* recalls having to walk for three nights to find safety from her home in the Eastern Democratic Republic of Congo to the border of Uganda. It was an equivalent of 180kms in distance. A few days prior, her entire family members including her mother, grandfather and four siblings including her twin sister have been killed by gunmen. Esther was the only survivor. - They taught we were all dead. That’s how I survived”, she recounts. 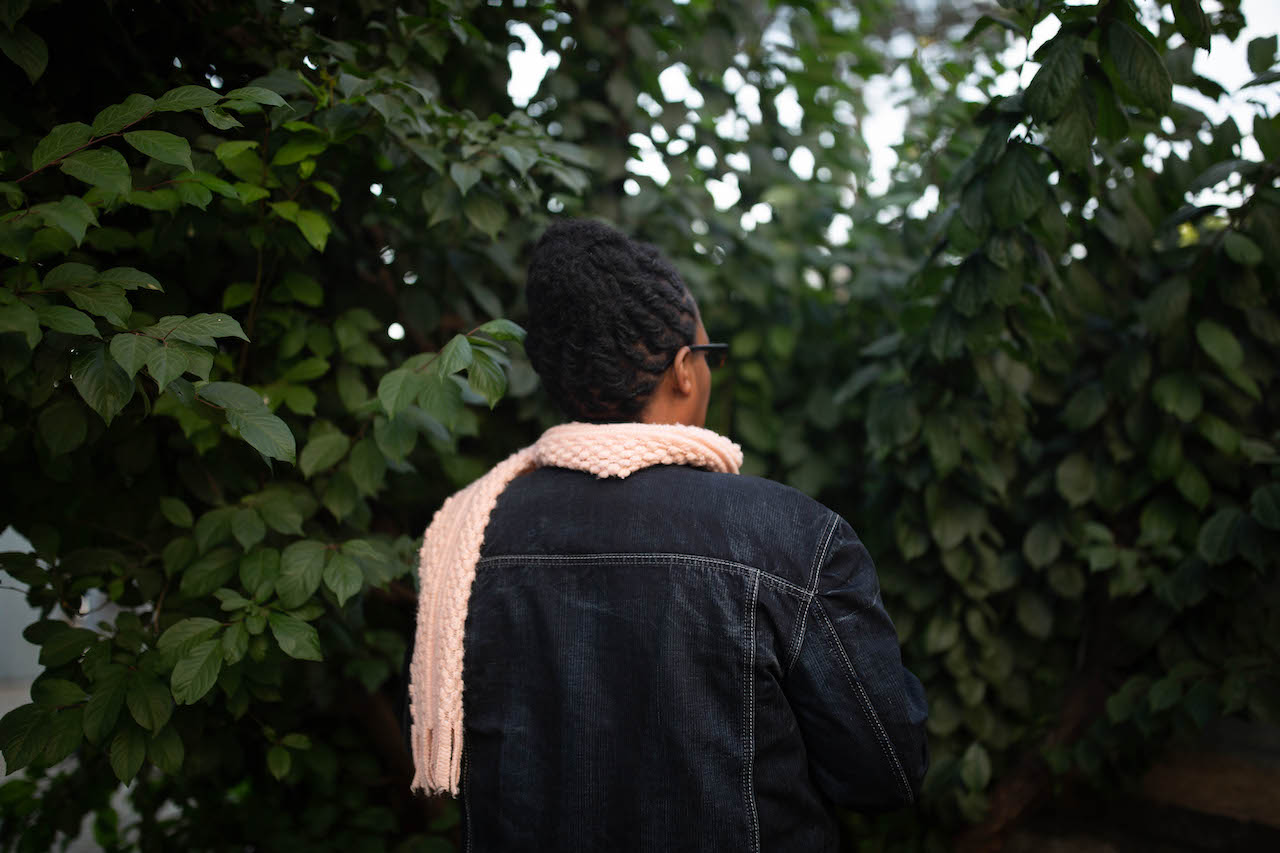 After crossing the border of Uganda, Esther was still not safe. She was still at risk of being targeted. - It was difficult to know who is who, since some of the perpetrators came as far as the borders. People told me I was not safe there.”  she says. So she continued her journey from Uganda to Kenya and later to Ethiopia. In 2019, Esther was settled in a refugee camp in Assossa, Western Ethiopia and later relocated to Addis Ababa due to her health condition.

- They taught we were all dead. That’s how I survived.

The trauma of witnessing her family members being killed and she herself being a rape survivor had left a mark. - I felt unworthy. I often asked myself “why me”. I was undergoing depression, she says.

- These people stood with me consistently., she refers to the social workers and protection officers. - I gained confidence and strength which I didn’t have before. Gradually through time, I am gaining energy., she notes.

At the time of this interview, Esther was a third-year Nursing student at Addis Ababa University. An initiative that she says she took by herself so she could be an example for other women who have undergone similar trauma. For her, school was also a way of healing.

- I want to help others as I have been helped. If I have the opportunity to work, I want to be able to serve others as a nurse, she says.

Caroline*, was only 10 years old when she was forced to flee her native country, the Democratic Republic of Congo, due to the Ituri conflict between the Hema and Lendu ethnic groups. She recounts her parents being taken away from their village by unidentified individuals. - They took my father first. We thought they would let him go but he never came back. Hours later my mom went looking for him. The same thing happened to her. She never returned, says Caroline. 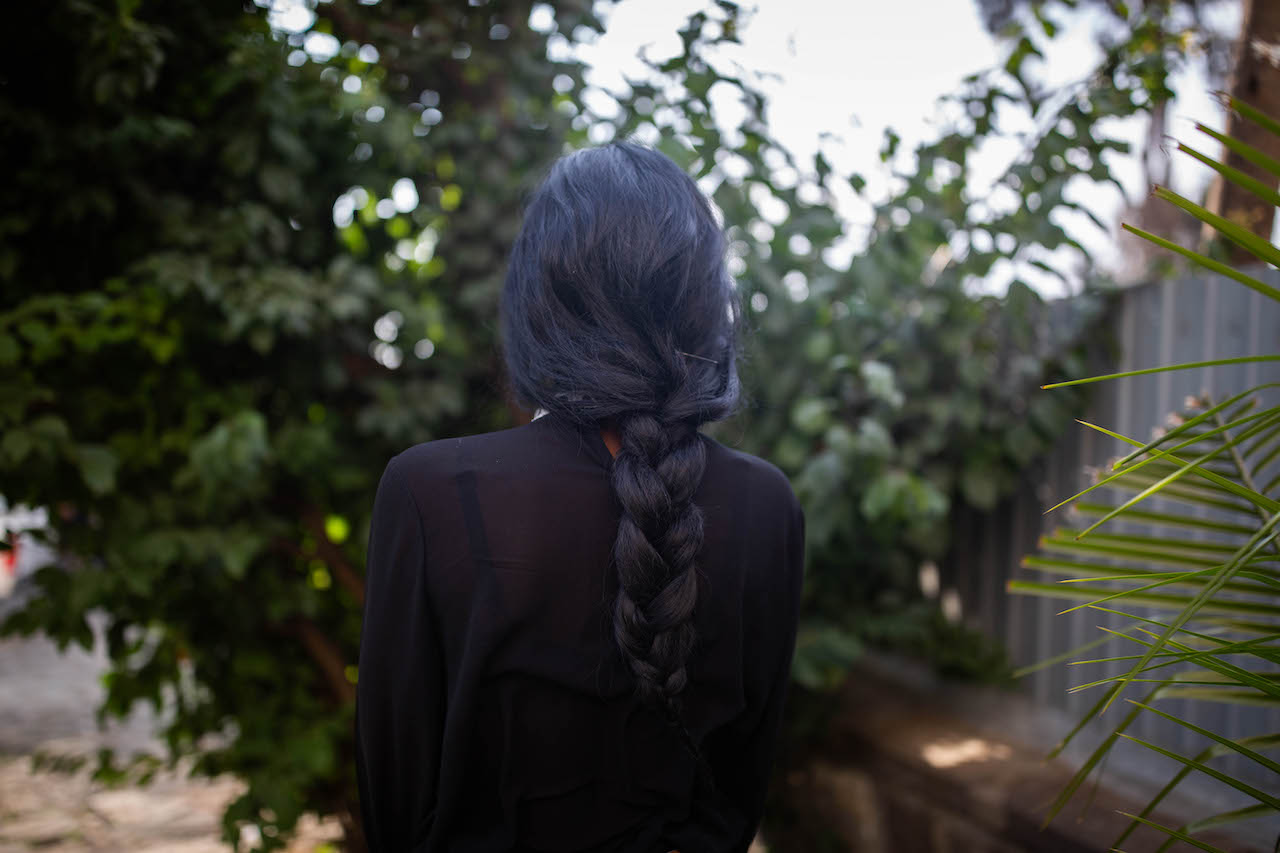 She and her four siblings never saw their parents since. - We did not see their bodies, but people who knew us told us that they are dead.

- Many people died silently. We were living under fear. They come and take your parents away as if they are taking your things away.

- They come and take your parents away as if they take your things away.

Out of fear for their own lives, Caroline and her siblings, along with their aunt and cousins fled for Uganda and later to Ethiopia. -After settling in a camp, we had the chance to live in Addis Ababa. We started living with our aunt here. Things were okay for close to three years, but we started having disagreements. She chased us away from the house.

At 15 years old, Caroline left her aunt’s house and into the unknown which she describes, - As a child, we always want to get what we want. We don’t understand that it is the worst situation.

Having nowhere to go, Caroline became desperate to find a job to survive. - I met some people who assured me that they will find me a job. But what they told me was not what I found. They introduced me to a man and he took me in. I taught I was going to work for him but it was not the case. Although our agreement was he will provide me a job that was not what happened. He started using me. I had no other choice at the time.

After two years, Caroline says she found herself on her own again, having nowhere to go. She became even more desperate to find a means to survive. I had to wait for people standing on the road, at least to find somewhere to lean for a night. That’s how I survived for five years.

Caroline says even though she knew there are different organisations that could possibly help her in some way, the feeling of shame and hopelessness prevented her from seeking help.

- At that age, I did not know how to tell people my story or who I can share it with. Every day, I was told on the streets that I am unworthy.

- But I could not continue living like that anymore, says Caroline. In 2017, she sought support from the Ethiopian Orthodox Church/ Development and Inter-Church Aid Commission (EOC/DICAC) through the Urban Refugee Assistance Programme.

- I got an opportunity to attend a gathering at EOC/DICAC, where other refugees talked about their experiences. Some of the stories were also my story. At the end of the meeting, I knew where to go, she adds. Following the workshop, Caroline was able to share her story with the project staff and get the help she needed. She was settled in a women’s shelter for a month and a half. They understood me. They encouraged me to get tested but it was too late for me., she says.

Caroline’s early childhood and adolescent experience also took a toll on her physiological and emotional wellbeing. She struggled with depression.

Since becoming part of the programme in 2017, Caroline has been able to receive monthly financial assistance to cover her basic living expenses, free medical assistance, as well as counselling session on a weekly basis. Despite her health condition, Caroline says she is in a better place psychologically and emotionally. -The counselling therapy helped me to know who I am and who I want to be. I used to hate myself. I did not think people cared about me but some people do care about me. I want to prove to people and to myself that I can do it. I feel like I am a human being again.

- I see that I still have a long way to go, says Caroline about her future. She is now able to live with her brother and out of sex work.