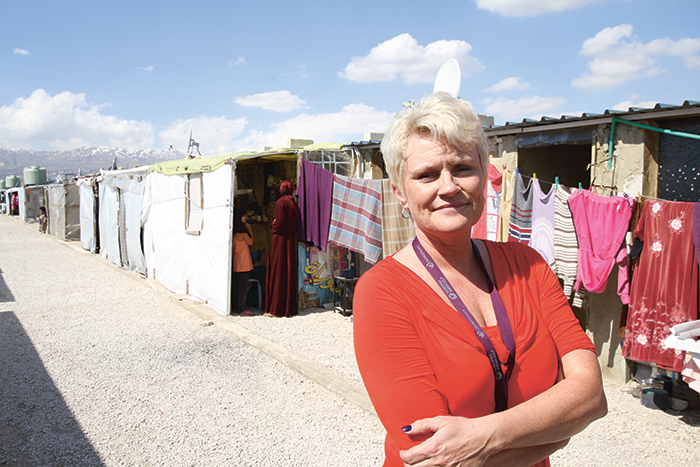 Outlook From the General Secretary

As 2015 is the final year of Norwegian Church Aid’s (NCA) current Global Strategy (2011-2015), the report you have in hand attempts to give an overview over our main achievements and challenges in the past 4 years.

I can assure you that I am proud and humbled by all the work NCA and our partners have been able to carry out in a challenging global environment!

The world we seek to change is itself rapidly changing. Many things for the better: some countries experience an unprecedented economic growth and more children are being enrolled in school. However, inequality is also increasing – the gap between rich and poor is widening in almost every country. There is a worrying increase in religious extremism followed by conflict, violence and terrorism. This affects the security situation many places and has left millions of people displaced. There is an increasingly difficult and insecure working situation for humanitarian actors, as we have become actual targets for terror and violence.

Compared to the needs, the international humanitarian aid capacity is over-stretched and under-financed. This underlines the need for constantly building local humanitarian response capacity in conflict-prone areas.

Whereas international actors lack humanitarian access to Syria, the churches have responded to the crisis from day one – quite like they have been doing for 2000 years in their daily diaconal work except that the volume now is much larger. The churches know their communities, are already present and have a distribution system in place, which implies efficiency. NCA has a significant role in supporting and strengthening these actors to be able to reach a wider community.

Just as faith can be a source of power in achieving genuine positive change and a caring environment, it can also be used destructively and falsely to justify violence and terror. NCA sees it as our task to help strengthen the genuine faith-based voices that call for justice and peace and lead the way through reaching out a hand to their own communities and neighbours, regardless of faith or religion.

We have continued with our core work of challenging the root causes of injustice and poverty. Our most important contribution to change was through bringing new capacities to people and civil society organisations, which has given people the power to change their living conditions. We see so many examples of empowered women, men and faith communities, who have taken their destiny in their own hands and become change agents in their own communities! Some have become so deeply engaged in seeking justice and rights that they have brought their concerns to a national or international level – where the big decisions are taken. This report gives a small glimpse of all these stories of how poor and vulnerable people and communities, together with their faith leaders, have stood up and claimed their rights from governments and other actors with power to make a change. I am delighted to say that in many cases the voices have been heard and changes have taken place as a result of efforts by NCA and our partners over the last four years.

Thank you for your interest in our Global Report on Results 2011-2014.