The sale of weapons to Israel and other countries in war is prohibited according to Norwegian law. Yet Norwegian arm producing companies, partly owned by the state of Norway, sell weapons to Israel through foreign companies. Thus Norwegian weapons may have ended up affecting innocent people in Gaza. 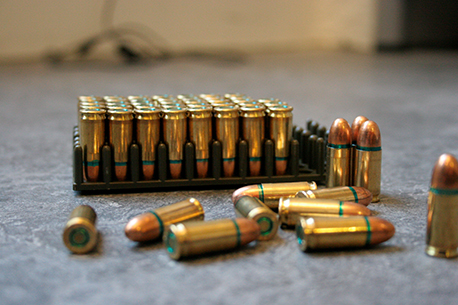 Photo illustration: Norway is a major exporter of weapons, and sells weapons and defense equipment to countries all over the world.

The Gaza War has affected a whole world. Over 2000 people have been killed as a result of the violence during the last weeks, mostly civilians.

Norwegian Church Aid has for many years worked for the Norwegian authorities to regulate exports, also in Norwegian factories abroad. Firstly, the state should immediately practice active ownership of these companies and increase and enhance their export practices abroad. Secondly, the state should look into the possibilities of putting in place an extra territorial legislation on the export control field so that Norwegian law and regulations also apply to Norwegians and Norwegian based companies abroad, provided this does not conflict with the country's own laws.

Read more about our work with peacebuilding here

NCA utilizes the peacebuilding programme in these countries: