Read the latest about Norwegian Church Aid's new emergency resonse to help refugees from the Democratic Republic of Congo (DRC) in Angola. 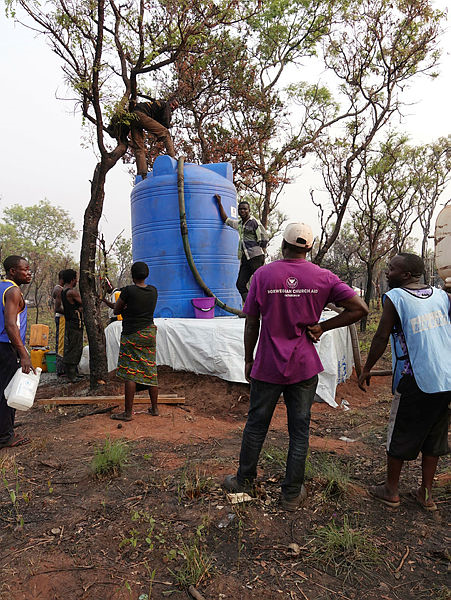 Xavier is a refugee and one of thousands of Congolese that have fled the violence and ethnic tensions in the Kasai region of the DRC to northern Angola(pictured below in blue).

Educated as an engineer, Xavier has been given a lot of responsibility in the WASH Project in Lóvua and he now manages around 30 workers who are constructing latrines and installing showers for their fellow camp inhabitants at the Lóvua settlement in Lunda Norte, Angola.

He came with the first wave of refugees to Angola in April and he has been living in the Kakanda Reception Center until August when he, and 200 other workers, were the first ones to move into and help finish constructing the camp. 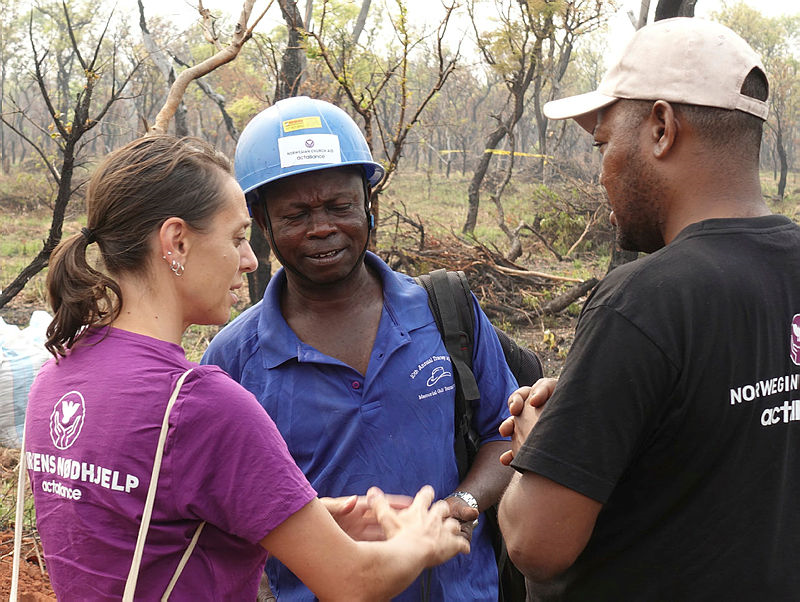 NCA was selected by the UNHCR as its WASH Implementing Partner in the Lóvua settlement and the reception center in Kakanda.

At the moment there are around 6,500 people at the Kakanda Reception Center and 2,000 at the Lovua Settlement, although they are planning for 15 000.

In July and August, NCA deployed one of its Emergency WASH Advisors, Iker Montes-Burgos, from the head office.

"We had to check if the poles we should use in the latrines would hold the weight of one user," Iker comments as he shows a picture of himself together with Water Officer, Alberto Cassoma and NCA's PMER & Health Advisor, Illaria Porta jumping up and down on top of two pieces of wood on a pick-up vehicle.

They concluded that it would be safe to hold one adult (see picture below). 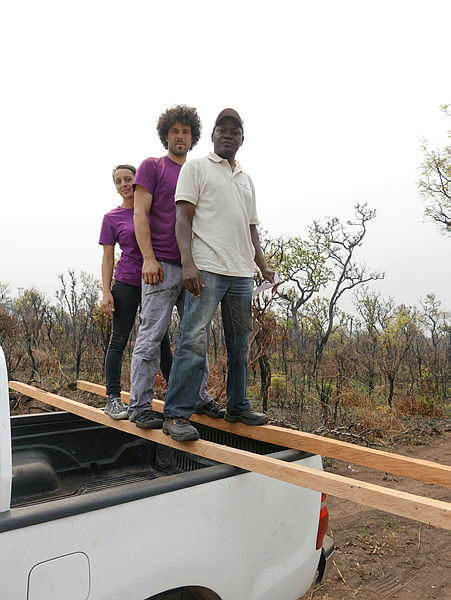 Julie Gassien, UNHCR Energy and Environment Officer and Adalberto Silva, NCA's former Project Manager, are pictured below discussing good locations for WASH work in the Lóvua settlement. We are also working with a Czech NGO, People in Need and one of our sister organizations in the ACT Alliance, Lutheran World Federation when it comes to the WASH work in the camps. 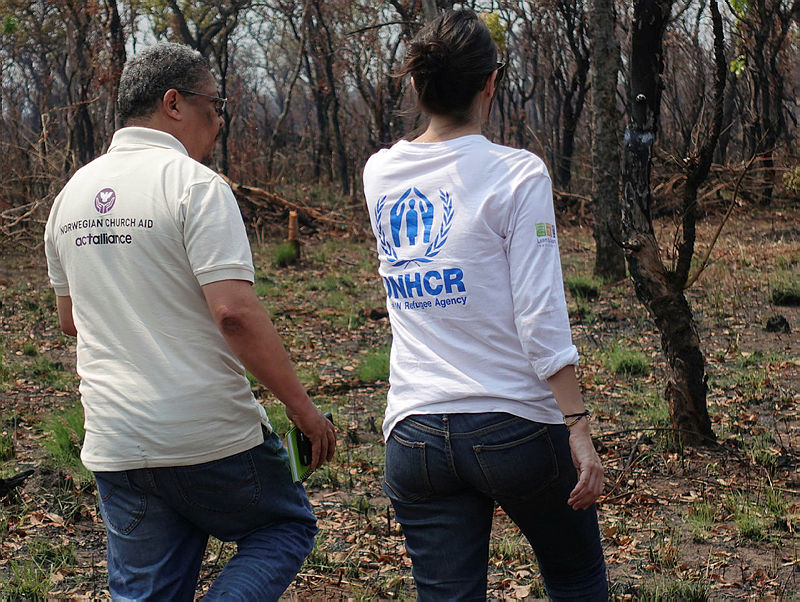 Rossa (pictured below) is one of the DRC refugees that is currently living at the Kakanda Reception Centre and she is eager to come to the more permanent Lóvua settlement. She is washing her clothes as we come by.

People, like Rossa, have had to walk long distances to fetch water. The NCA team is eager to get the work done so that more people can have access to clean water nearby. 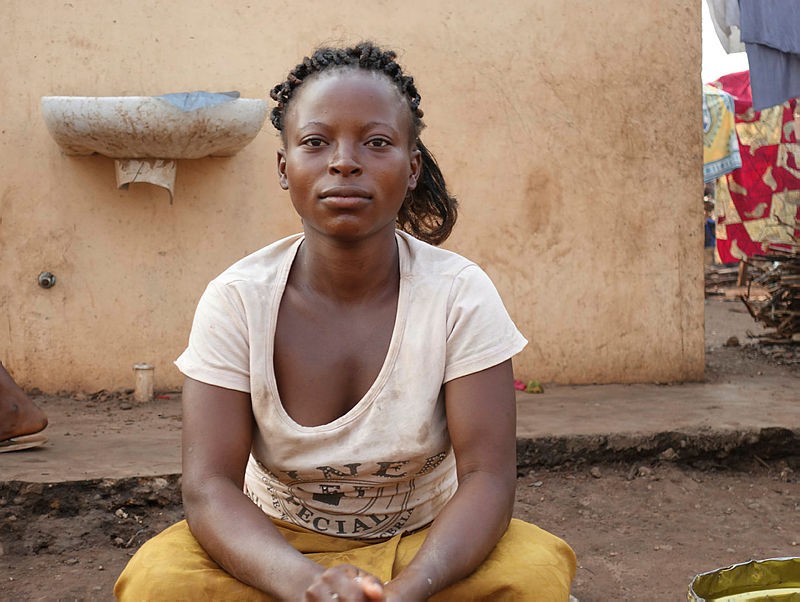 The camp is currently sparely populated and many water tanks are needed to support across the settlement. You can easily see how thrilled the children are to have a nearby place where they can now fill up their water bottles and the NCA team member gets easily charmed by their happy faces. 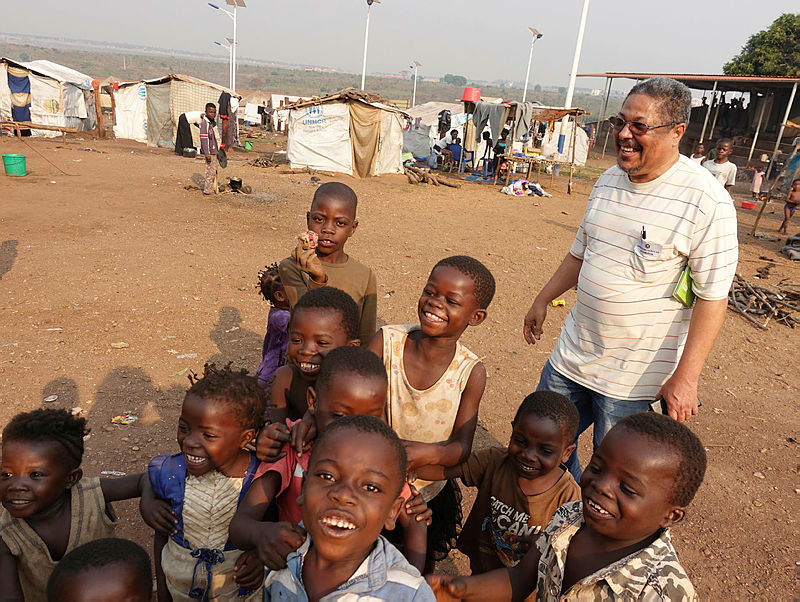 Read more about our work with WASH here

NCA utilizes the WASH programme in these countries: