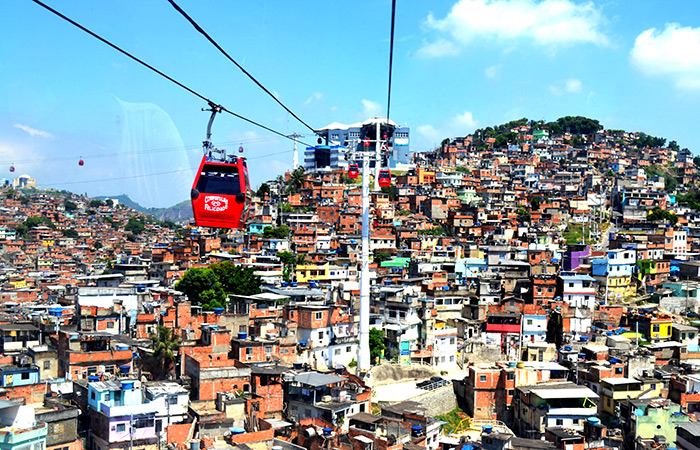 NCA pivotal in establishing a national watchdog on mining

NCA’s long-term presence in Brazil and the expertise built up during those years are essential components of NCA’s added value in the country. This can be exemplified through NCA’s role in the founding and development of the National Committee in Defence of Territories Against Mining.

Brazil is one of the biggest players in the global mining industry, with extraction of minerals such as manganese, iron, bauxite and niobium. Despite its importance to the country’s economy, the industry has caused both social and environmental problems, especially for those living in areas close to the mines. NCA and partners (Inesc, ISA, Ibase, IEB and FASE) developed a Resources and Finance programme focused on improving the social and environmental conditions for communities affected by the industry. Organising the partners into a national network to be able to lead a public debate around the social and environmental impacts of mining in Brazil was determined as the best means to reach this goal.

What started as a network became a formal structure known as the National Committee in Defence of Territories against Mining in 2013. By 2015 it was a well-established and functioning advocacy platform representing 140 organisations, with the Bishops Conference of the Catholic Church in Brazil playing an important role as the Secretariat. One of its key results from the reporting period was increased visibility and political leverage, mainly due to the mining disaster in Mariana, Minas Gerais. The committee attracted both national and international attention to the disaster using international media outlets and multi-media channels. A further result was its advocacy work related to the development of the legal framework for the mining sector. Representatives from the committee were invited the federal government, through the Civil Cabinet of the Presidency, to present alternative amendments to the bill of law of the new mining code. During political negotiations between federal deputies responsible for the bill, several of the amendments drafted by the committee were included in the report that will serve as the basis for the new mining code.

Between 2013 and 2015 NCA has played a pivotal role in establishing the committee, the most important of which has been linking NGOs, faith-based organisations, labour unions, researchers and people affected by mining at the local level. One of the main challenges was to overcome differences between these different actors stemming from their diverse profiles. NCA also provided financial support to the network in its infancy when other stakeholders did not have the same level of faith in its potential. To ensure sustainability beyond NCA’s presence in Brazil, NCA has secured support to the committee from other funding sources. NCA has also connected the committee with other international networks, such as the Alternative Mining Indaba (See chapter 5, Resources and Finance, for more details), and supported the translation of articles relevant for international media.