The violence against women result in serious physical, mental, sexual and reproductive health problems, even death. The effects of gender-based violence are long-lived. They may have an impact on a woman’s well-being throughout the rest of her life.

COVID-19 and related stress, loss of income, decreased access to services and disruption of regular social networks have heightened the risk for violence against girls and women. This is reported also in Tanzania, by trained paralegal volunteers and others NCA is working with to heighten access to justice to the victims of gender-based violence.

According to statistics by the UN Women, more than 46% of ever-partnered women in Tanzania aged 15 to 49 experience intimate physical and/or sexual partner violence at least once in their lifetime.

In the last twelve months some 30% of Tanzanian women have experienced this. The percentage of Tanzanian women aged 20 to 24 who were first married before the age 18 is over 30% and estimated 10% of women at the age of 15 to 49 has undergone female genital mutilation. The situation is particularly difficult for girls and women with disabilities.

The most tragic part of the gender-based violence in Tanzania is that many acts of violence are considered socially acceptable according to the local social and cultural norms. According to studies, a rape by a stranger, threat or use of a weapon and severe physical abuse by a partner are not considered acceptable. But what about rape by a family member or a neighbour? What about physical “punishments” or psychological terror by a sibling, a parent or a spouse?

In Tanzania help-seeking and reporting violence to anyone remains low. Survivors are expected to rely on their family for help. Such help, according to studies, is designed to seek reconciliation, and not necessarily to address the concerns at hand. The help-seeking patters also depend on age, marital status and type of violence. Older women are more reliant on traditional informal sources, while young women report more support from their friends to reach out to formal sources.

While elders and religious leaders have been frequently characterized by emphasising silence and “enduring” as their advice to help-seeking women, there is an increasing pick up by interfaith structures and faith leaders to transform the harmful social norms and practises. NCA supports this change.

I have been repeatedly surprised by the limited resources available to police gender desks, paralegals and referral services. Formal support services are limited, particularly in the rural areas. In addition to this, women have limited awareness of their rights and the services that do exist. As communities accept violence as “normal”, the women have a fear of being blamed for reporting rape or other forms of violence. The consequence of this is a lot of hardship for the woman and her children.

The danger of poverty

Poverty makes life more dangerous for women and girls. There is a clear link between poverty, economic hardship and gender-based violence in Tanzania. As families struggle to feed their children, marrying off a 10-year-old girl to the perpetrator of sexual crimes, results in one less mouth to feed. The families of the rape victim and the perpetrator may also agree on silent financial settlement between the families. This could be as little as a bag of maize or a couple of kilos of sugar.

If the family would stand with the victim, justice might unfortunately still be far away. The perpetrator may have also already paid the police off. Corruption plays a big role in limiting access to justice.

The five-year National Plan of Action to End Violence Against Women and Children set important milestones for Tanzania to address these burning issues. But the implementation of the plan lacks resources and require leadership at all levels, which leads to transformation of norms and practises and community behaviour.

While Tanzania recently reached its lower middle-income country status, it still rates 159 of the 189 countries studied in the Human Development Index. In Gender Inequality Index, which reflects inequality between women and men in reproductive health, empowerment and labour market participation, Tanzania rates 130 out of 160 countries measured. The inequalities between women and men reveal deep power imbalances in Tanzanian communities and in the country as a whole.

Julies Nyerere’s legacy to Tanzanians can be summarized in his famous thought on the indivisibility of freedom: Freedom is either everywhere or it is nowhere. It is high time to realize the freedoms of the girls and women in Tanzania. 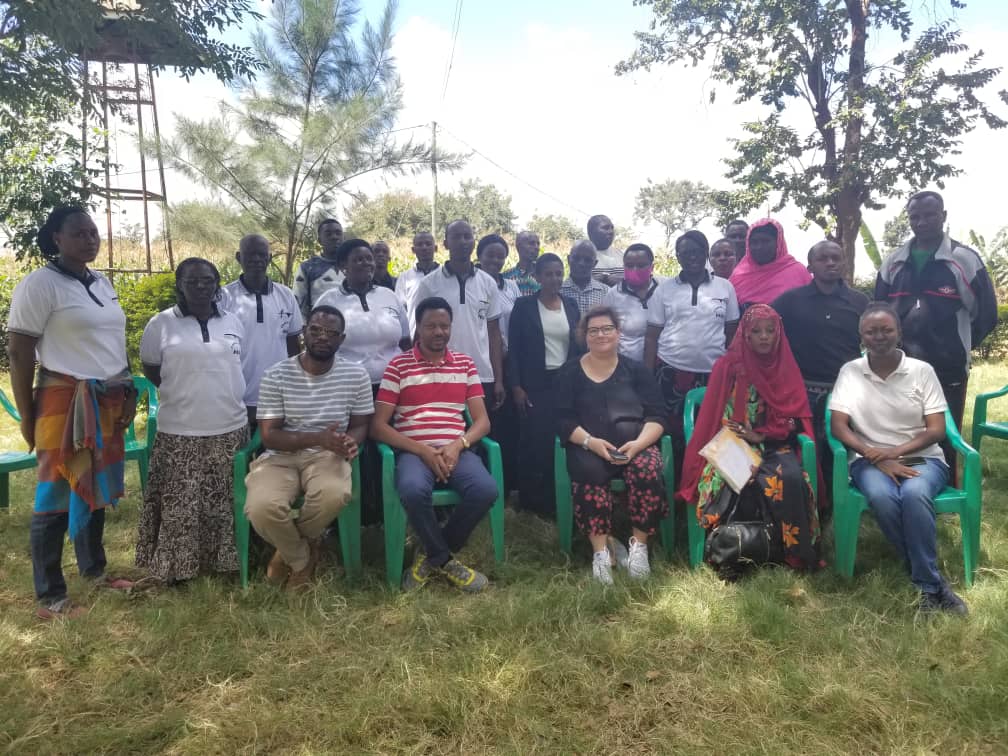 Trained volunteer paralegals play a big role in enabling access to justice to the gender-based violence survivors. Here is a group of paralegals (supported by NCA and its local partner Evangelical Lutheran Church in Tanzania) gathered in Moshi, Northern Tanzania, to discuss the impacts of COVID-19 pandemic in the communities.

Norwegian Church Aid in Tanzania and its local faith partners are preparing for 16 Days of Activism against Gender-Based Violence with radio campaigns and advocacy work. A national level event is organised on the 10th December 2020, the Human Rights Day.