The global civil society Alliance, CIVICUS, assesses six Sub-Saharan African as “closed”, 21 as “repressed” and 14 as “obstructed”. According to CIVICUS eight out of ten African countries restrict civic freedoms. Only in Democratic Republic of Congo and Sudan has civic space improved according to CIVICUS.

The civic space violations have included violent repression of mass protests where among others opposition members and pro-democracy activists have been arrested.  During elections or protests, the internet has been shut down and journalists have been detained. In countries, including Cote d’Ivoire, Guinea, and Togo, where severe downgrading of the civic space took place, constitutional changes were adopted allowing incumbent presidents to claim further terms. Overall increasing of civil society restrictions have also been reported in several African countries. According to CIVICUS, many African countries are moving away from holding free and fair elections. Among others, the general elections in Tanzania last October, have been widely criticized.

The African Mo Ibrahim Foundation concluded in its 2020 Index of African Governance that, for over a decade, progress has stalled in improving governance in Africa, as measured in security, rule of law, participation, rights, and inclusion. While the biggest progress has been made in infrastructure and health, the deteriorating security situation and an increasingly precarious environment for human rights and civic participation are a concern.

In fact, participation has experienced the largest decline since 2015. The pace of decline has also increased. According to the Ibrahim Foundation, this is due to several underlying factors. African citizens are enjoying less freedom to associate and assemble freely compared to 2010 and the situation has worsened at a faster pace since 2015. Similarly, the political parties are less able to operate freely and have less equitable access to state-owned media and public financing campaigns.

Additionally, there are increased restrictions on civil society and non-governmental organisations to establish and operate freely. They are also increasingly facing repression and persecution. Digital rights have also deteriorated with growing governmental censorship on both citizen-created and political content on the internet.

According to the 2020 Index of African Governance, the best governance performers have something in common. The analysis suggests that strong institutions, rule of law, impartial and effective justice, as well as equality are key dimensions for countries to set themselves on the path towards sound governance.

But what do the citizens themselves think of the governance in the African countries? The public perception of governance is the lowest registered over the decade. The pace of the deterioration has nearly doubled within the last five years. In the last decade, the Afrobarometer surveyed 39 African countries at least once, providing a sample of public perceptions for the equivalent of more than 86% of Africa’s total population. According to these studies, more than half of the citizens are less satisfied with their country’s governance performance than ten years ago.

Despite this, the Africans experience less lived poverty and are more satisfied with social protection than a decade ago. Similarly, the deterioration of the public perception on participation, rights and inclusion has slowed down, mainly due to more favourable attitudes towards women’s leadership and diversity and perceived decreased in ethnic discrimination. However, citizens consider elections to be less free and fair and consider themselves less free to say what they think compared to ten years ago.

According to Manu Lekunze, from the University of Aberdeen, growing authoritarianism is a continent-wide trend in Africa. Since the year 2000, populations of many African states have doubled, with young people being a demographic majority in rapidly growing cities. For example, in Tanzania, the population was over 30 million in 2000, and has grown to almost 60 million by 2020. During this time, the number of urban dwellers tripled. While the economies are growing, close to half of the people are multidimensionally poor. The leaders are facing new challenges in controlling and governing rapidly growing, young and urban societies.

Lekunze suggests that if a state collapse is not an option, the African rulers need to explore options for poverty reduction and control of their growing populations. As the western promoted free market – rule of law – democracy – option with a Washington Consensus flavour did not bring adequate poverty reduction, the African nations are more likely to turn to “authoritarian developmentalism”, an effort to reduce poverty through strong economic and social control, which may include suppression of political aspirations of the opposition. With China’s rise in Africa, Lekunze suggests that one-party systems with state capitalism and a focus on infrastructure becomes more attractive to many rulers as a way of controlling growing populations.

While this may be the case, with the growing dissatisfaction of the public on the overall governance, there will be many challenges ahead. 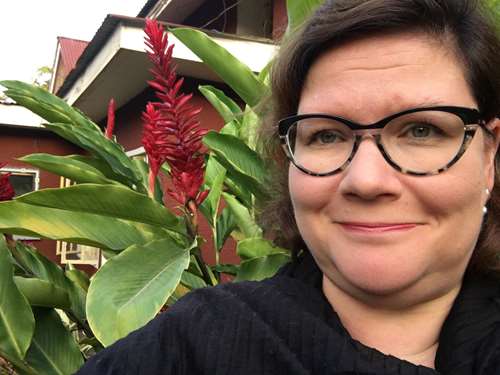